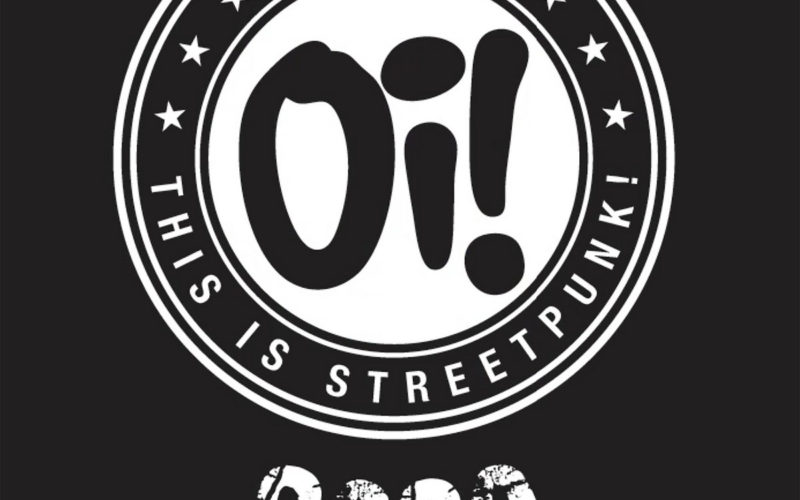 This the second Oi! compilation out on Pirates Press Records this month. This one however is less retrospective and concentrates on what’s happening right now in the Oi! scene. There’s 20 tracks on this, so even if you consider Oi! to be meat and two veg, this will go toe to toe with any Toby Carvery in the land!

This starts strong with Antagonizers ATL, who are great, the song is called ‘Way of Life’ it’s really good. It’s fair to say though, that it sets the lyrical tone for most of the compilation. A lot of Oi! songs tend to cover familiar territory, standing up, standing together, taking a stand (Skinheads seemingly being adverse to chairs unless they are chucking them during an England away friendly to Andova!), friendship, brotherhood and family (predominantly fraternal), being misunderstood (see Crucified), drinking, fighting, working hard against the odds and various combinations of the aforementioned. I’m not saying that’s bad and some of the best nights of my life have been spent in the company of other men shouting about how great it is that nobody likes us (shirts optional), but yeah it’s rare that the subject matter strays too far.

A band I was really happy to see pop up was The Welch Boys, who are great. If you’re a fan of the Boston thing this is the pure good stuff and they’re funny too. They also stray expand on the standing thing and take a walk to Methadone Mile on this one, which sounds lovely. It’s a banger though and I encourage you to seek them out live if possible.

It’s also nice to see a bit of female representation on here with Rebels Rule, which I believe is a Jenny Woo side project. It’s fair comment that the testosterone is strong in the Oi! scene, and Rebels Rule are also joined by Australians The Opposition in bringing a much needed chromosome to the party. I know it’s not really the done thing to point out the genders of band members, and I’m aware ‘female fronted is not a genre’, but in terms of Oi! I think it’s worthy of note and definitely great to see.

As I get through the album, it strikes me that not many bands sound like they are having much fun, I get it’s all a bit macho, but I’m missing that slightly more jovial element of the genre which usually covers a topic I missed from the previous list which is running (usually away from either the police, the scene of a crime or perhaps towards a fight). Perhaps it’s a lockdown thing, but it seems like the Oi! scene needs to get itself back on it’s toes, maybe get a fitbit or something?

As I’ve written that last paragraph, Doug and The Slugz have shouted ‘survival of the fittest’, so it seems they are in agreement and they generally brighten things up. I like this band a lot, being one of LA’s original Oi! bands, it’s great to hear them in the mix.
It’s also good to see some songs in bands native tongues. My French and Spanish get a work out here, and courtesy of Google translate I’m now aware that ‘Falcata’ is a Pre-Roman Iberian sword. I’ve opted not to research any further than that at this point, but they look cool!

Things are rounded off by Knock Off, who are a cracking three piece from Watford, tight as a ducks arse and know their way around a tune. All in all it’s OK, probably a bit much to digest in one sitting if you aren’t familiar with the bands, but there is nothing awful on this and it gives you a good idea of who is active and/or up and coming in the scene at the minute. 7/10

This is available from the Pirates Press Records store on various colours of 2x10in vinyl.