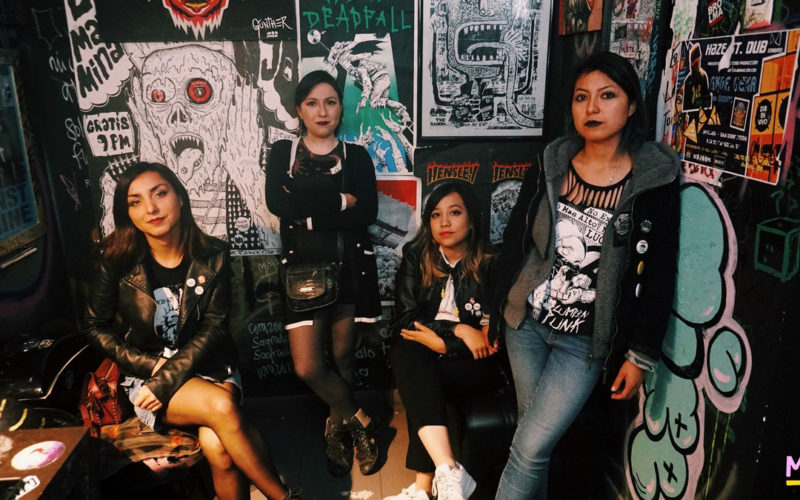 So some dickhead decided to come back from hiatus and foolishly advertised this fact on Facebook. Seemingly I now have a load of stuff to wade through. Bit of a mixed bag… As I’ve npt been writing a great deal over recent months it seems pertinent to remind the readership of a few salient facts:

1. I don’t have very much free time. If I take a slice of this free time to listen to something, it’s getting reviewed whether it’s good, bad or indifferent.
2. I’d far rather hear something that I think is good than something I think is terrible, as my time is entirely non-refundable, and I loathe having my time wasted.
3. I’ve built a reputation on honest reviewing; if you are looking for somebody to felate your swollen sense of ego, best look elsewhere, innit. If your mates tell you that you are good, they are either fucking stupid, or lying to you because they are sycophantic little turds.
4. If I say your band is bad (which believe me I take no pleasure in having to say), it’s because you ARE bad. So suck uo that bottom lip, go rehearse (loads) and invest quality time (emphasis on both quality and time) writing decent songs before having the temerity to wander within 500 metres of a recording studio.

Right, to business, then.

Holy bejeezerz. This is fantastic. Las Ratapunks are as far as I can tell, from Peru, just like one Paddington Bear Esq. Being the type of moron that has satisfied themselves with only mastering his native language, I haven’t got a fuckig clue what the singer is ranting and raving about in what I’m guessing is Spanish, but it sounds pretty urgent.

The vibe here is I suppose what happens if you blend trad scrappy riot grrrl with yer studs and spikes UK82 kind of fare. I’m kind of put in mind of LA’s Generacion Suicida meets Accidente by way of Bikini Kill and GBH. Fast, powerful, and to the point. Exciting and breathtaking. I’d probably rhapsodise more but I need to go and listen to this a bunch more, innit. Tony of Nurgle rating: 10/10

Pick it up from Kibou Records here

In an effort to get less fat I’m reviewing this on an exercise bike in the tough guy gym opposite where my daughter does ballet. There’s lots of big guys in the free weight room; I’m on a bike with the mums listening to The Slackers. (note from Tony: Bundie’s usual exercise regime is pulling pints and occasionally playing the drums)

Disclaimer, I fucking love The Slackers.

This 7″ is the latest from Pirates Press Records. Side A is The Slackers with Papa B, who from what I can work out is a big reggae guy in Japan where this was recorded. It’s got that classic Slackers sound, the production is lovely and the vocals interchange effortlessly between Vic’s New York drawl and Papa Bs more traditional reggae styling. I’m no expert on Reggae or traditional Ska particularly, but this is great, effortlessly so too. If you are a fan like me this is a big tick in the win column.

Side B is a little more unusual. Sic & Mad are made up of Vic, Marcus and Ara from the band with Happy on vocals, who I think is intertwined with more Slackers history, but I’m not entirely sure how. It initially sounds like early REM, but slightly more surreal. The song is called Cat Prozac and it’s about a cat getting put on Prozac. There’s a lot of cat impressions, which reminds me of a time I saw them and they had a box with a pretend cat in it. Although I think, now that I’ve written that… maybe I dreamt it up.
Anyway, it’s pretty cool, if this was 1996 it would probably have gotten regular play on alternative music television. It’s fun, it’s well done and it’s distracted me fantastically from this shitty exercise bike.

Go listen to the whole Slackers back catalogue, you won’t regret it, pretty life affirming stuff.

Tailblock are a post-hardcore act from Dartford, which is also home to a somewhat overpriced bridge and tunnel toll. Well, the bridge is cool. The tunnel leaks and is full of potholes… A tailblock is to my knowledge a skateboard trick… or apparently something to do with block and tackle. Fuck knows who is in the band as it doesn’t say on their Facebook page, so er, some people? John? Nigel? Susan? Anyways, we have two individual tracks here, which I assume must be from some kind of forthcoming release.

The first one, Wrong Side of History sets out a stall of – hang on to your hats, folks; I’m going to reference bands that released music in the last decade – what is reminscent of Pup and Joyce Manor (circa the s/t LP). This is “Englished” up with a flavour of Pontefract’s finest, Above Them. The weak point here is the Americanised vocal. Longterm readers will be familiar with my feelings about British bands putting on false accents. You are from Kent, mate, not California. Obviously if you are an American ex-pat, I’ll take that back. That asides, pretty decent.

The other song, Social Hand Grenade thankfully features a vocal line that is less overtly Americanised. Musically, we have more of the above on offer, but this time swapping out the Above Them vibe for a Deja Entendu era Brand New sound which, now nobody is allowed to listen to Brand New anymore on account of the singer purportedly being a nonce, I’m sure will get young mums in their early 30s hot under the collar. All joking asides, these songs seem pretty decent, and I’d be interested in checking out what they do next… especially if the singer starts sounding like he could be flogging eels on Billinsgate Market. Tony of Nurgle rating 7.5/10

Shit the jeffing bed! Travis Cut are back! A statement that will doubtless leave the yoofs scratching their heads and probably thinking of that jarg Scotch indie band where the singer bursts out of a Humpty Dumpty egg in their most popular video (I’m guessing – at least it’s the only one I’ve seen). Anyway, no. These guys called it quits in about 2000 or so. They used to play a very British take on pop punk. And they were pretty good at it. At some point in the past I lost my Serial Incompetence CD or perhaps lent it to some fucker that failed to return it.

Anyways, in yesterdays money, I’d be grouping these in with other much loved bands like Chopper, Vanilla Pod, Crocodile God, Dagobah One Car Pile-up and Grover and the like. At this point I can literally visualise the tumbleweeds nonchalantly blowing past the legs of everyone under the age of about 38 years old. But, ho hum, thus is life, eh?

Anyways, in terms of more contemporary bands that doubtless harken back to the aforementioned sweet-spot in UK punk history, if we think along the lines of a more sardonic take on bands such as The No Marks, Pardon Us and Don Blake then we know what we are fucking with. The opening chords almost had me thinking of Millencolin’s Bullion (see Life on A Plate and Punk’o’rama 2) Instantly memorable lines such as “I would go out tonight, but I haven’t got a cross to bear” playfully skit upon the Prince Phillip for the Saturday Swap-Shop generation, one Stephen Morrissey. Incredible.

Welcome the fuck back, innit. Tony of Nurgle rating: 9/10

Ode to Sleep are from (according to bandcamp) “England”. Globally speaking, yes it’s a small country, but also home to tons of people. Like 60-some million of us. They describe themselves as “two friends making 90’s style riot grrrl jams”, which sounds great in principle, seemingly promising some stripped back firebrand awesomeness…

…yet in practice, seemingly leaves much to be desired. Don’t get me wrong, there are some strong elements here, such as some of the guitarwork being pretty solid in places. It seems like attempts to throw in a more challenging guitar part feel out of place alongside the programmed drums, which don’t change enough to lend support. I feel like if a more “synthetic” feeling drum sound had been used in place of an imitation “natural” sound things could have been different, although we’ll never know if that could’ve been for better or worse. The vocal I found to be a bit lacking in emotion or aggression which makes it difficult to believe that the singer is pissed off enough or upset enough to feel that legit. This lot would do well to take a leaf out of Las Ratapunks’ book… Tony of Nurgle rating: 3/10