Garry Bushell, for those who are unaware is the guy that christened ‘Oi!’, he was a music journalist at Sounds and went on to be one of the leading red top TV critics in the country. He is he guy that put out the early Oi! compilations, including the always debate provoking ‘Strength Thru Oi!’ album.

This compliation finds old Gal 40 years down the track and putting together a compilation of both old and new bands showcasing the longevity of the movement. Anyone familiar with me will notice there is a bit of an elephant in the room in that I used to play in The Business and there appears to be a new Business track on this record. As far as I’m concerned, the band ended with the passing of Micky Fitz. It’s not really possible for me to give an objective opinion on that particular song, (objectively the verses list the names of other Business songs and the chorus repeats the line ‘You Know My Name’ in reference to Harry May, the bands biggest hit, the riff is that descending Status Quo style thing and there’s a solo before the third verse). It is what it is and if you like it, that’s cool, but for me there is no Business without Micky Fitz.

Moving on, what we have is pretty much what it says on the tin: very much the tagline of Oi! music, which can be great. It’s also fair to say that Oi! is nowhere near as one dimensional as people make out, Sparrer songs seem to cross genres, just because they can write a great tune – you could almost imagine Sprinsgteen knocking out some of the stuff they do. So I guess the genre is more about the attitude than the sounds, although that said, there is a lot of bands that just put out song after song that sound a bit like If The Kids Are United. 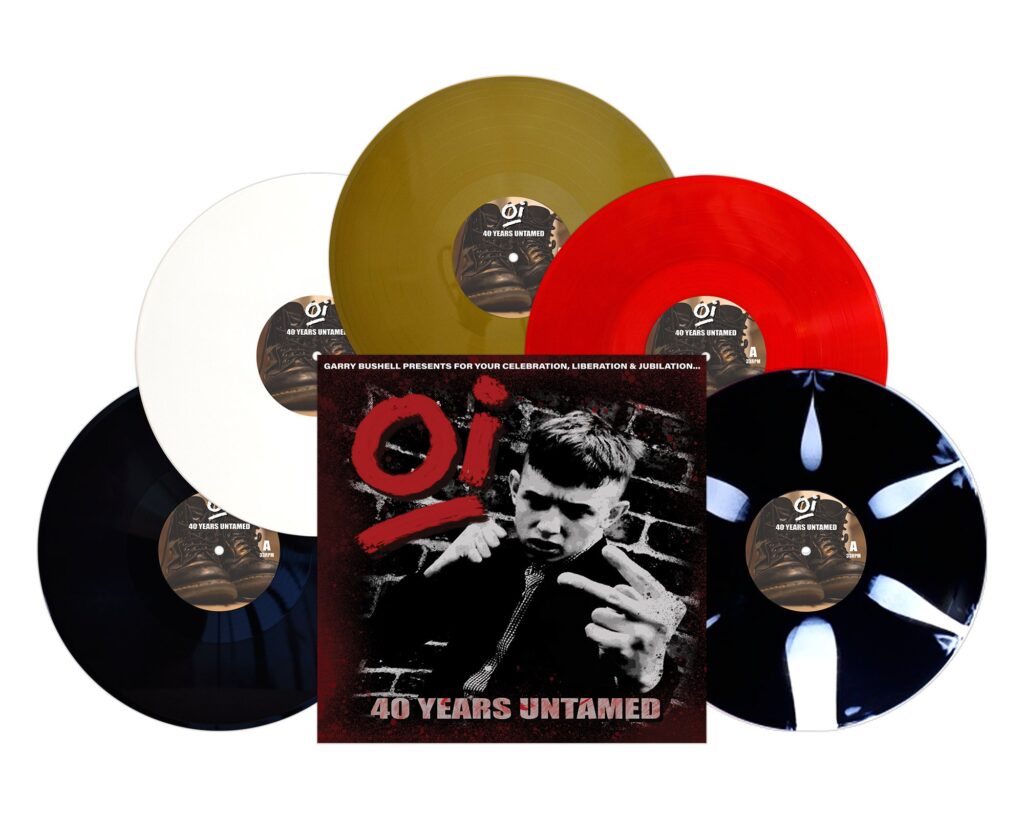 Working through the album there is a good showing from the UK and US alongside Germany, France and Canada, so you get a decent snap shot of what all the bands are about. If you’re already a fan of the genre you’ll be pleased to know that most of the tracks are new, unreleased or rediscovered, so it’s quite interesting. If you are not already a fan it might be better to get more generic greatest hits records to start off with.

Fans of Rancid will be pleased to get side project Old Firm Casuals. The ‘newer’ bands, some of which have been going a good few years in their own right are the ones that shine for me on here. Bishops Green bust through great and Noi!se are just a cut above. Gimp Fist for me are probably the best band on the record; they have consistently put out anthem after anthem. I often wonder if they’d had a more mainstream friendly name how big they could have been.

It’s definitely one for the collectors and existing fans, but it’s pretty interesting in places and covers a lot of bases so 7/10.