After recently (well, relatively – one day seemingly blurs into the next this year) reviewing the latest 7in from Science Man, I was pleased to be sent the new LP for review. It is as far as I can determine, the second full length from the mysterious Science Man. Er, hence the title I suspect!!

Whereas the aforementioned 7in was along the lines of “snotty, thrashy hardcore punk set to a synthetic drum track” as I put it, and I likened it to “some kind of hybrid of “, this feels like a different beast entirely. As I can’t get to my record room (or at least the room where I keep my records) to check, I’m gonna go out on a limb and say that this has more the feel of being a “full band” kind of recording, despite being an entirely solo jaunt.

The tongue in cheek high-camp 1950s bad horror film mad scientist persona comes across very forcefully, and you can tell Science Man has been having a great deal of fun with this. Musically, the overarching feeling here is somewhere between scuzzy garage punk and surf punk… only fed through some kind of Mike Patton-esque meat grinder. 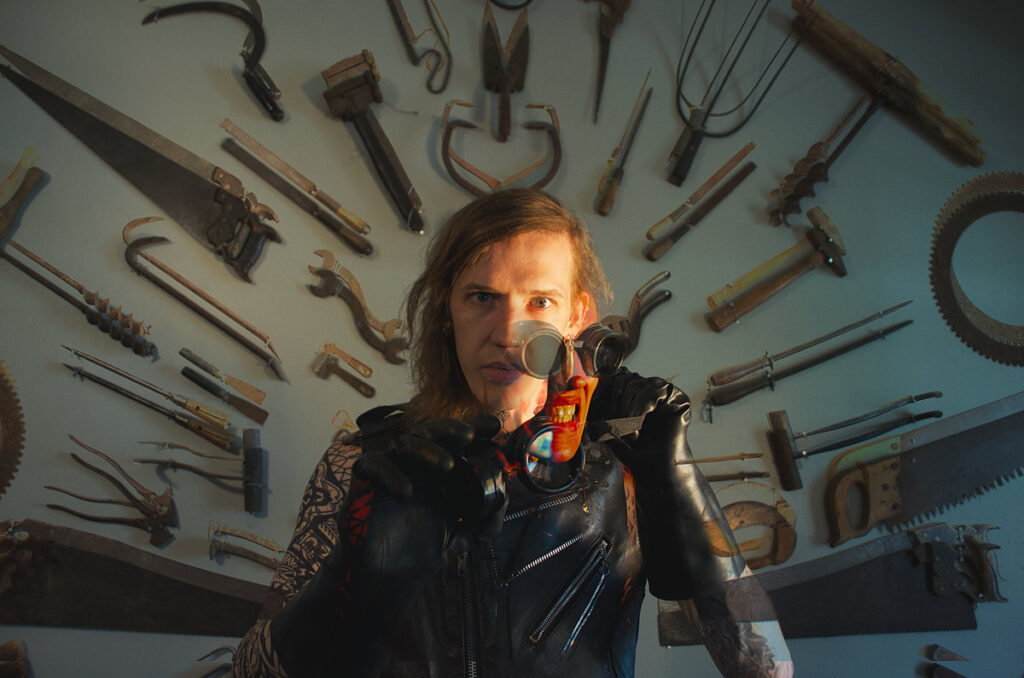 Although there is (to my inexpert ears) some kind of homage being paid to the likes of The Dwarves, Zeke, New Bomb Turks and Gas Huffer, there’s also some sort of Dead Kennedys feel too. Perhaps that element is, I dunno, “sillied” up a bit with the odd nod to Danzig era Misfits. Back to the Mike Patton reference earlier… there’s this unshakeable thing that I’ve got in my mind for some reason that keeps bringing to mind Faith No More at their non-conformist, belligerent best that conveys what can be best described as an undercurrent of theatric malevolence. It’s entirely captivating.

What Science Man has achieved here is, I think something special. He’s got you eating out of his palm while you are unaware the other hand has you by the throat in some kind of vice-like grip. This record is both challenging and entirely accessible. Tony of Nurgle rating: 9/10

You can pick this up from Science Man’s bandcamp page or the Big Neck Records page on LP, which comes with a poster / lyric insert and a bonus flexi of the track The Gift which is exclusive to this first pressing.