This album has 11 tracks and clocks in at over an hour, what it boasts in length it lacks in absolutely everything else.

It’s hard really to find anything more positive to say than that, it’s pirate-themed, so you already know the tunes, they combine folk, metal, punk and sea shanties. The production I think was done on a Commodore 64, there’s annoying sea noises in between each song, that actually stop before starting again to bring in the next song. 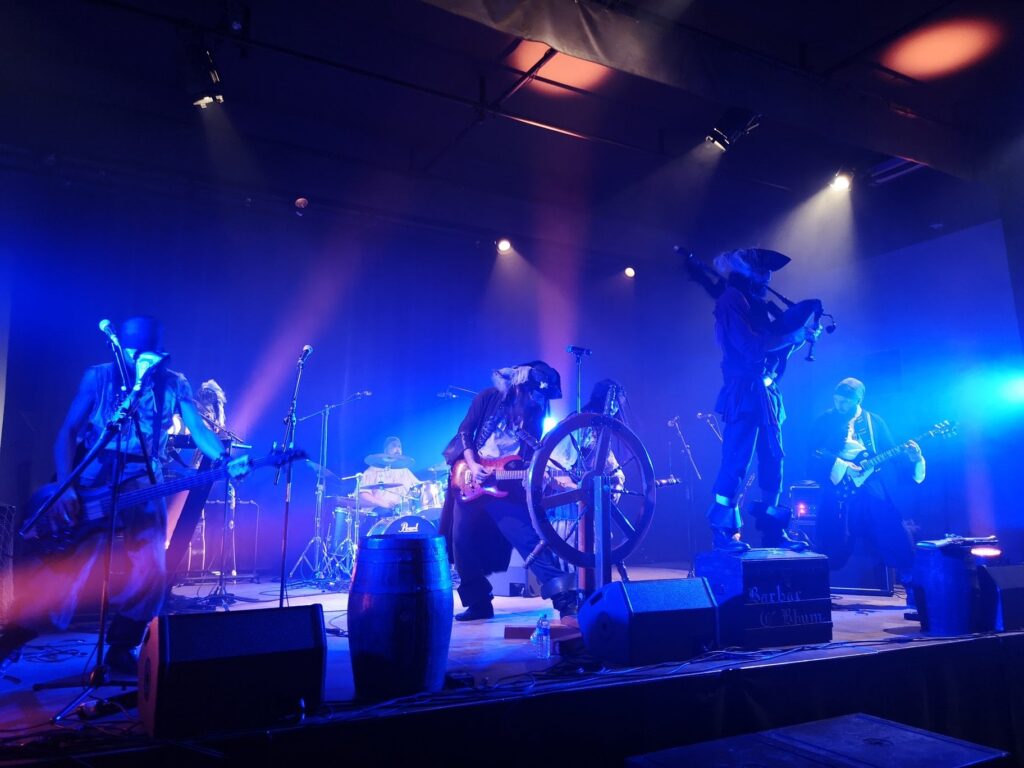 My only guess is that they’re aiming for a summer festival crowd, maybe it’d fly with a drunk crowd in the middle of a sunny day, and if the songs were a bit shorter they might get a bit of kids TV work.

One of the songs sounds like Meatloaf’s ‘Dead Ringer for Love’ recorded by Flogging Molly onto a calculator watch, I think that’s my favourite, although it’s about 7 minutes long, not sure even the big man himself could stomach that.

Somebody obviously took a long time making this and used pretty much every instrument on the seven seas, but unfortunately it’s just bollocks.
1/10