From their Bandcamp page, Howardian “is an American pop collective fronted by Ian Vanek (ex-Japanther.) The group uses loose poly rhythms, sticky synth melodies and dynamic vocal hooks to make strange songs for weird people. The resulting infectious art-rock is authentic and catchy. Howardian’s tracks feature fuzzy, distorted walls of sound and plenty of samples, all with a scuzzy garage-rock vibe.” If you are anything like me, you’ll probably be thinking “the fuxat mean, mate?” but will also be strangely intrigued, not only by this, but what may or may not be a bizarre portrait of a melancholy looking Tupac on the front cover.

I think for me, this one stands out like a bit of a sore thumb from the bulk of the stuff on Rad Girlfriend Records. I suppose for the most part because it clearly isn’t a punk rock record in the traditional sense. However, in terms of taking a wrecking ball to accepted conventions of genre boundaries, this certainly is punk rock. 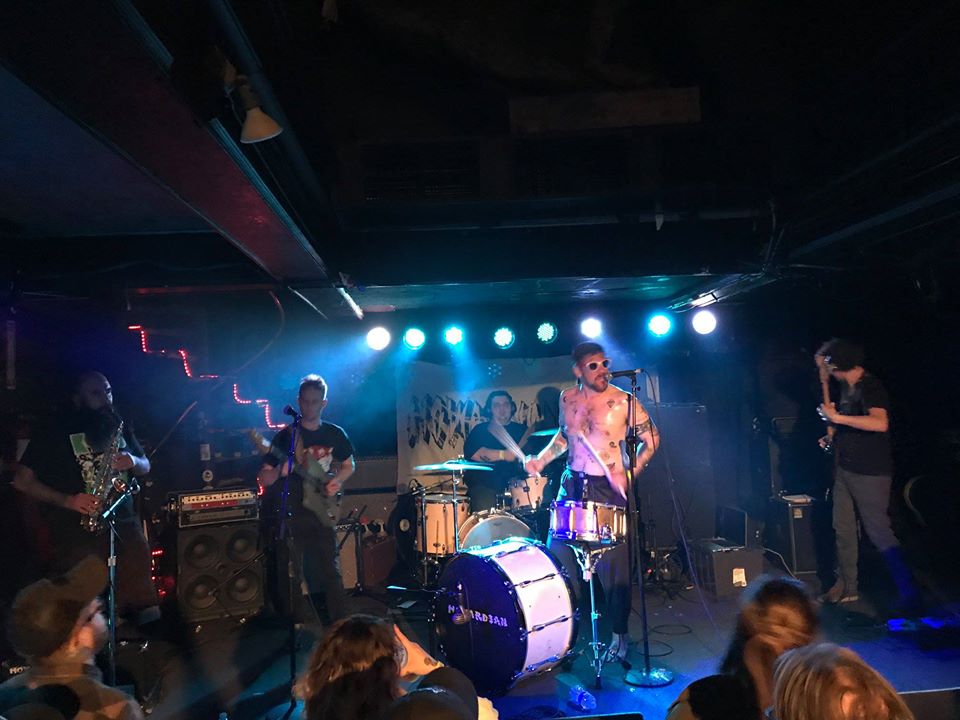 Every time I listen to this album, I kinda think I have a grasp on what is going on here, but time after time, this thing hurls curve balls at me. It’s an oddly challenging album, yet at the same time, it’s deceptively listenable, too.

Every time I sit down to try and write this review, I feel like my perceptions are being undermined. It’s really fucking difficult to describe this album. The one thing I keep coming back to is a mental leap in the broad direction of the first three Pavement LPs and particularly associated single B-sides (i.e. when they were an excellent band, and prior to drifting toward pointless navel gazing and failed attempts at being really “arch”). Now obviously, those aforementioned Pavement albums are all pretty different, but show some kind of loose progression, thus making that a really rather broad comparison, but hey, that’s what I’ve got. *shrug*

Is this an everyday listen in the traditional sense? For me? No, it’s not particularly. Is it a good listen though? Yeah, I think it is. I’ve found that this is something that I can comfortably put on in the background, being able to focus in on particular parts that intrigue me on that given day. It’s a bit of an odd one, this, I’ll grant you that, and one that I could forsee other people (musicians -which I’m not) maybe getting more from than me. Tony of Nurgle rating: 7/10

Available in the US direct from Rad Girlfriend Records and in the UK from Brassneck Records on random coloured vinyl.