I’ll admit it. This is pretty late, this. What’s a brother to do? The world is intent on going head first straight to hell, and I’ve been attempting to work from home whilst wrangling a semi-feral almost three year old. It’s been at times a challenge to a dude’s will to live.

Anyways, I don’t think I’ve listened to Pears since I reviewed Green Star a good few years back. I thought that record was kinda cool, so fuck knows why I’ve not bothered, mate. No doubt I’ve been caught up in that self-sustaining whirlpool of existential navel-gazing and self-admonishment that seems to be a recurring feature of my life.

This record, though. It’s fucking savage, mate. Obviously I can’t at this time comment on what has transpired musically for this band between Green Star and “now” beyond saying that I’m aware they released “some stuff”. Fuck knows if it’s any cop. I’ll just have to temporarily ignore its existence and add it to the mental filing cabinet of shit to check out at some point when I remember / can be bothered to do so. But yeah, some kind of nefarious evolution has taken place here. 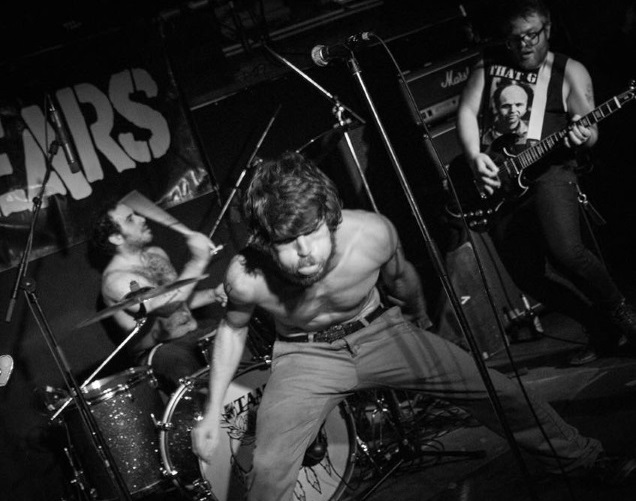 Gone are the blink and you’ll miss it songs with no real middle section to them. And here are, well, “proper songs” (in as much as an ignoramus such as my good self would classify them at least). I mean, they have a structure that seems to make sense to me more. Like, some are even verse, chorus, verse. What more do you want from me? That’s probably over simplifying matters, though, so… going back to the part where I said that this was fucking savage, well yeah, Pears are riding rough-shod over those aforementioned “understandable structures” and giving them a sound hiding, mate. 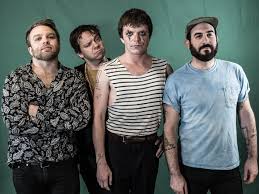 This record sounds something like an almighty altercation between Sick Of It All, Circle Jerks, Good Riddance, Dillinger Four and Nuclear Assault. This is basically like insidious gusts of acerbic snottiness pulling you into a hurricane of unbridled belligerence; a whirling miasma of half-bricks, broken fence posts and random stage divers whipping at 300mph around the eye of the storm, which (in this shitty description) is represented sonically economical undercurrents of strangely alluring melody.

If you are looking for some kind of pretty-boy jerk-off bullshit cliche that pays lip service to the former glories of it’s label mates, then you’d be better off seeking help elsewhere. This is like the bruised, scarred, yet undetterable illegitimate relation scrapping their way to the top of the pile to ensnare their rightful inheritance from the palsied grasp of those that shoulda called it quits a long time ago. Tony of Nurgle rating: 9/10