Life is weird innit? You spend ages with tons of time on your hands, yet your impetus and drive to be productive are beset upon all sides by such “trivialities” as depression, anxiety, lack of sleep and the typical malaise of the unemployed working class into which all the aforementioned drain like an all-consuming sewer. Although Sleaford Mods (and I love them dearly) would have you believe that being on the doss is all sitting around the house wanking and tanning Strongbow, I assure you it’s not the case. Anyway. Then you get a job at a famous non-profit doing something worthwhile, which is assisting a marginalised demogrphic, and it’s great and rewarding… and suddenly you’ve got absolutely no time on your hands due to having to go to work, come home, pick up the kid from nursery, eat, squeeze in a couple of hours of skateboarding (once a week, naturally – I’ve got a reputation as slob to uphold) in order to not devolve into a complete moldering ball of lard. Rinse and repeat.

Thankfully, Airstream Futures, via Little Rocket Records have been kind enough to send me a copy of their new LP, ‘Le Feu et Le Sable’, which I was admittedly meant to review prior to it’s very recent release (sorry!), but see above. Plus I’ve got conjunctivitis, a stinking bastard of a cold (hopefully not corona virus) and I jacked up my shoulder and neck by doing nothing worthy of note. Perhaps it was a delayed reaction to scoring a powerslide into back-side 50-50 layback in the bowl at Graystone? I dunno mate, but I’m shocked and awed too. 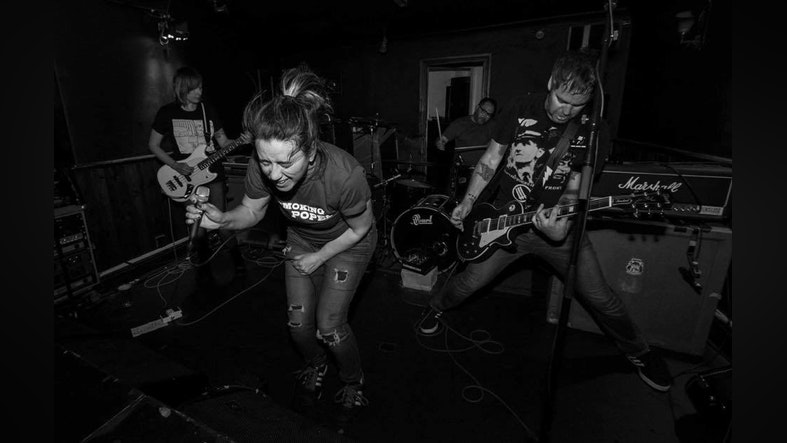 Anyway, enough of my personal clap-trap. Some of you may recall from these very pages that I reviewed an Airstream Futures 7in about a year and a bit ago, which was followed by an interview when I went to hang out with the band when they played Wharf Chambers last January. Go and have a listen. There’s a story in there about someone (Mike Soucy, for ease of reference) getting a boner at Disney Land. Airstream Futures are from Chicago, and feature members of The Bomb, The Methadones, All Eyes West and about 6 million other bands (possibly a conservative estimate) that guitarist Jeff Dean plays in. Dude be busy. Dayum.

‘Le Feu et Le Sable’ is the second full length for Airstream Futures, and follows their debut, ‘Spirale Infernale’ which came out via Paper + Plastick. I dunno if “maturation of sound” is the best description here; so I’m gonna go with “continuance of building upon a solid foundation” instead. 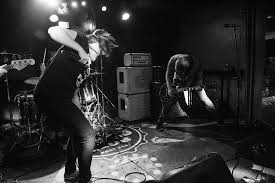 I’m just gonna take a punt and decide that the bulk of people reading this may not be familiar with Airstream Futures. It strikes me therefore that it behoves me to tell you what to expect (assuming you can’t be bothered to hit play on the player at the bottome of this). Tightly wound rhythm section (Soucy on drums, new bass player Katie Karpowicz) underpinning the collosal wall of sound guitars that The Bomb were famed for. Interwoven through this are some of the finest and non-typical female vocals that I’ve heard in the context of a female fronted (broadly speaking) punk rock band in recent years courtesy of Devon Carson. 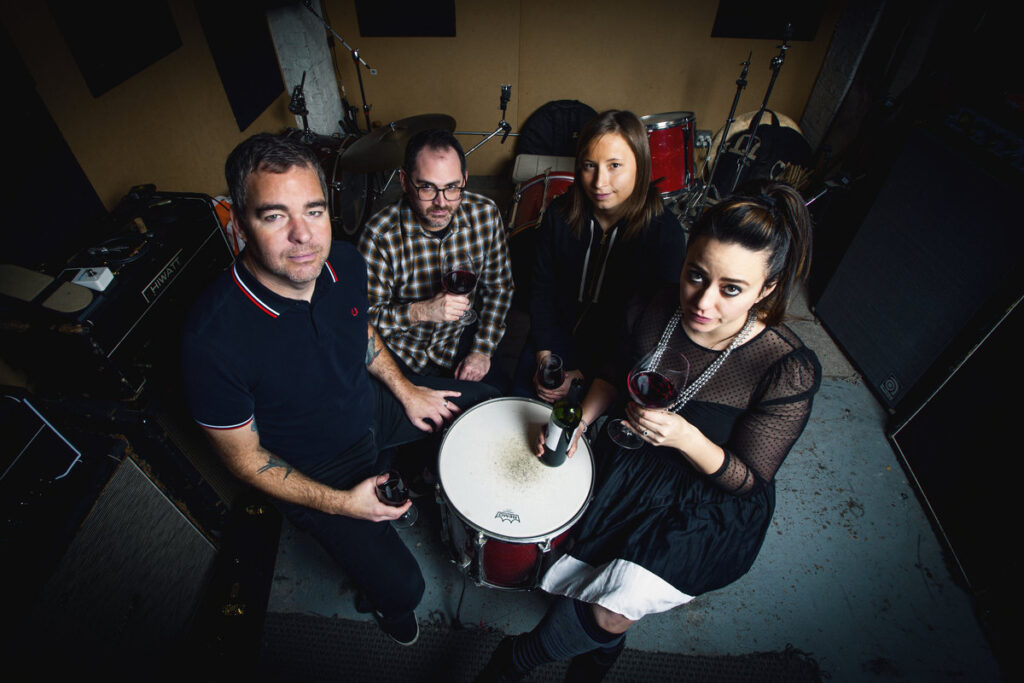 I offered up non-typical to describe the vocals there, as I (and probably not you either) would not typically expect such a clean, emotive and soulful vocal for this type of band. Indeed, I believe this is the first vocal foray of this type for Devon. I guess if you removed the donkeyish braying from the voice of Alanis Morrissette and replaced it with a heavy dose of Caithlin De Marrais from Rainer Maria, and a slug or three of Tanya Donnelly from Belly then you’ve got it just about nailed. 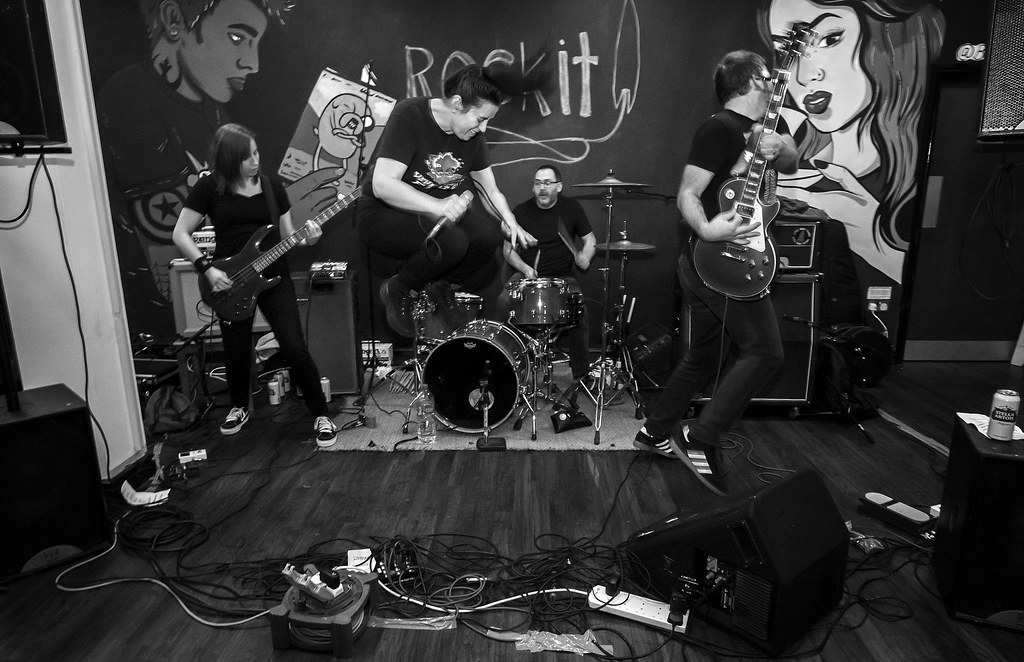 I’m probably meant to go on in great depth about specific tracks or something, but I really think that the music (again you can find it below – do I got to do everything for you people? hit play already!) speaks volumes, and although some people might be foolish enough to think I have a way with words, I’m not sure I can righteously convey the depth of loss, hope and redemption vocally conveyed here.

If you dug on The Bomb, you need this in your life. This strides proudly along in it’s own right, though; recalling here the likes of Drive Like Jehu, Red Hare, Tiger’s Jaw, Jets to Brazil and ‘Clarity’ era Jimmy Eat World. In the famous words of Diego Maradonna when faced with a seemingly unassailable pile of cocaine, “I like owt like that, me.” Tony of Nurgle rating 9.5/10.