Custody are from Finland, and describe themselves thusly:

“We make melodic music that makes us happy. We sound like Sergie Loobkoff having a knife fight with Matt Pryor and Mike Carter in the 90’s.”

So we are name-checking Samiam, Knapsack, The Get Up Kids and Youth Brigade here. Which I suppose gives some credibility to my own assessments of what is going on here (read on to find out what). Which doesn’t serve as too much of a meaningful introduction, but I’m gonna go with it.

Anyways, I’d been looking forward to hearing more from Custody after hearing their split 7in with The Phoenix Foundation, which came out last year via Little Rocket Records. Graeme at Little Rocket was kind enough to recently send me a copy of their debut LP, ‘I’ on blue vinyl, and the band themselves sent over an advance CD of this opus.

I suppose I was expecting to hear more of the Full On (see what I did there?) Samiam worship (apologies for the Clumsy attempt at humour, LOLZ M8) that was in evidence on both the split and ‘I’. And to an extent that side of the music certainly (Sun)shines through on ‘II’. Which is nice because I fucking love Samiam, me.

However, there is definitely a change in both style and pace in evidence here. The band seem to be rocking some sort of 1990s emo tip here too. Although previous outings seemed more or the aforementioned Samiam tip, I’d felt that there was an element of Texas is The Reason in there somewhere too. The thing that kept leaping out at me with this was that this new record has aspects that have a real Four Minute Mile (The Get Up Kids, Doghouse Records, 1997) vibe going on. It’s kind of subtextual, but once I’d clocked it, it was damn obvious.

I’ll get to the point here. Well, maybe. Although I’m relatively new to Custody, I had been as I previously mentioned eagerly anticipating this one. Thus, I was a bit shocked and underwhelmed by the opener, Silent Mutiny, the faux-pomposity of which which struck me as mightily weird, and possibly a less shit version of that Black Parade bollocks by My Chemical Romance that pale and interesting teenagers seemed to get inexplicably excited by about 15 years ago. The song sticks out like a sore thumb, and without having a lyric sheet to refer to, the lyrics seem to be about hitting people hard and breaking their face? Come on, lads. You aren’t exactly Madball, are you? First track on a record, I’m gonna want motherfuckers to set out the stall of what they are offering, or at least something of an intro that segueways into the first proper song. *shrug*

Thankfully from this point on things improve dramatically with Altered State pulling us back into somewhat familiar, albeit different territory. The quality seems to steadily improve as we progress through the album, with Pull Down The Shades being a highlight of side A. I think the B side of the album is where we really hear the big guns blasting away, with particular anthemic moments like The Breaking Point, Blindfold and Fall for Nothing. Closer When I Keep You Close by contrast dials the pace back somewhat; every time I hear it, I find myself waiting for one of those great, soaring (sorry) Samiam style crescendoes to come crashing down around me, but it never quite comes. 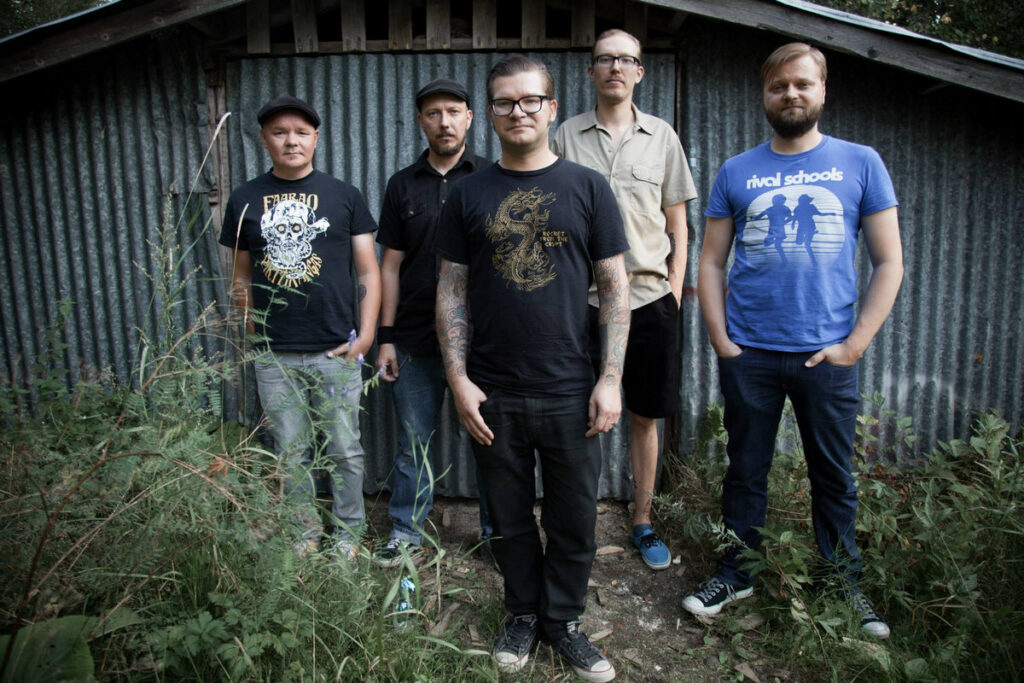 I’ve put a lot of time into listening to this. Admittedly that is partially because I couldn’t be arsed to change the CD in the car, but you know. Ho hum. Such is life. But still, I’ve listened through this one 35 – 40 times by now. If I was expecting instant pay-off from this, I certainly didn’t get it. However, I feel like the legwork I’ve put in has largely been worthwhile. Something which can’t be said of the latest Good Riddance album, on which I put in a similar amount of effort, and although I was enjoying listening to it, that one had nothing memorable about it at all, even after a similar number of listens.

Back to the matter at hand. I feel somewhat conflicted about saying this as mates are involved in releasing this record, but I don’t feel it quite lives up to expectations that were raised by Custody’s previous work, to be honest. And I do try my best to be honest. It’s a good but not great Tony of Nurgle rating of 7/10 for this one, and I say that with a somewhat heavy heart.