Boris are back with their first record in two years and their first on new label, Third Man. Never being ones to settle, the trio have flitted between weighty slabs of soul-crushing drone, blissed out post-rock and balls-out psychedelia. So, where do they sit with their 25th studio album (excluding any of the countless collabs) of a non-stop 27-year career?
Effectively a double album, Lɸve & Evɸl predominantly sticks to the slower side of Boris’ sound, steering away from the rockier aspects of the last few albums. 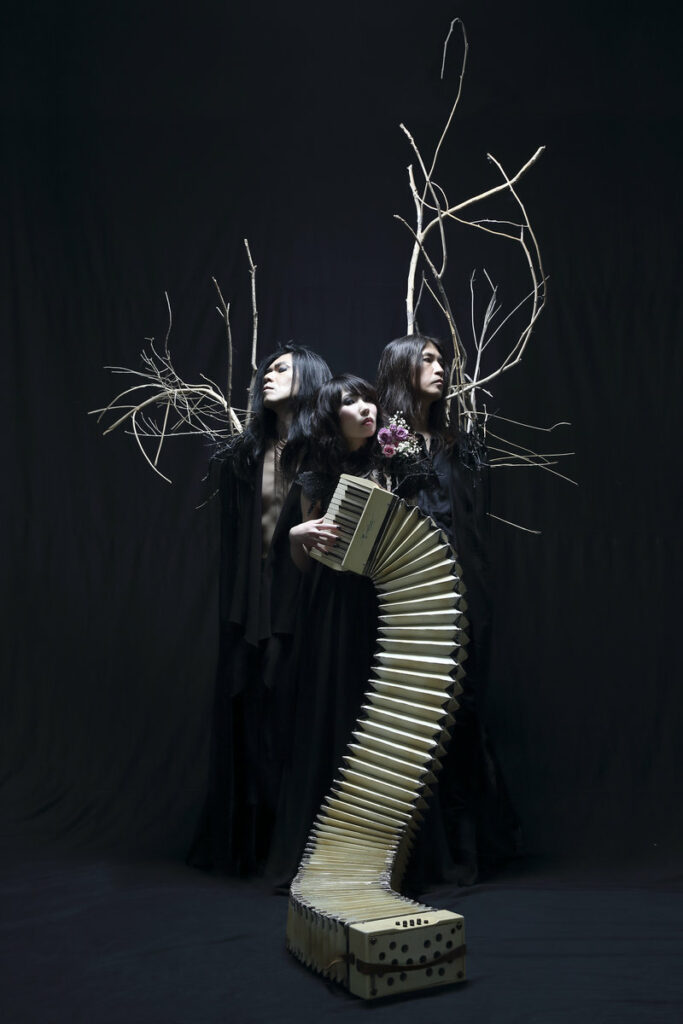 The first half, Evɸl, is more left-field in nature. It opens with “Away From You”, a beautiful, chilled piece of breathy vocals and shimmering guitars. It’s a gorgeous track, that’s the sonic equivalent of being wrapped up in a cosy blanket. It’s swiftly followed by “Coma”, a big cavernous soundscape of doomy feedback and wintry guitars. Unfortunately, it doesn’t really go anywhere and swiftly overstays its welcome. First half closer, “EVOL”, speeds through its 16-minute run-time and is a true spectacle to listen to. Kicking off with tribal drums and interwoven vocals, it swiftly transitions into those big triumphant bits of guitar work we’ve come to know and love from the band. For me, it’s by far the standout track of the record. 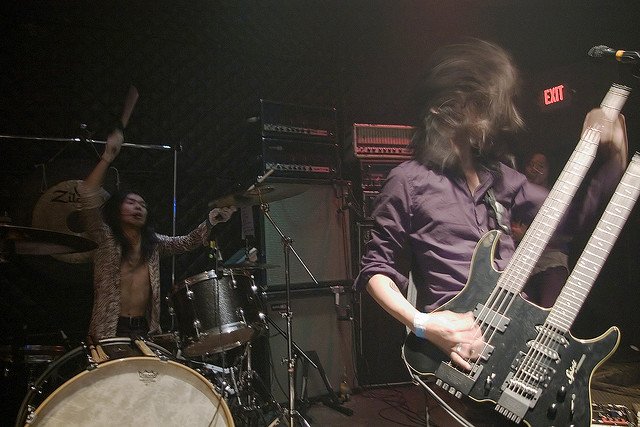 Lɸve, on the other hand, is a very different beast, raking through the super heavy, doomy stuff the band was known for in the beginning. Opener “Uzume” throws a metric fuck-tonne of bass and feedback laden guitars at you, but doesn’t seem to go anywhere with it. It’s a shame, as it’s heavy as hell. The band follows this up with title track, “LOVE”, which embraces big, fuzzy riffs and drawn out vocals that together make for a rather unsettling listening experience. “In The Pain(t)” is a beautiful little instrumental piece, full of warm tones and birdsong that I could listen to all day. However, it’s only really there to give you a bit of a breather before closer, “Shadow of Skull”, comes to flatten you with its massive block of bluesey death doom-meets-post rock. 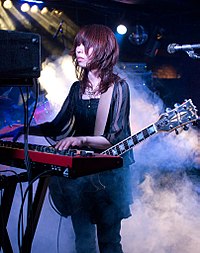 My only real issue with this record is that it feels less like a single coherent piece and more like a collection of random tracks from across their back catalogue. However, seeing as the first half of the album is about progression and the second half seems to be the band reminiscing over their past material, I get why that might be the case. While it may not be their greatest record, it is nonetheless a very solid release from the three-piece. With such a long and storied history, you could be forgiven for expecting a band like Boris to rest on their laurels once in a while. However, with this release they still show that they’re too busy having fun playing around with definitions of heavy music to be taking a break.

Top Cuts: Away From You, Evol, Shadow of Skull