I was put on to these guys by Mike Cubillos of Earshot Media. I was kind of intrigued, because, well the Beastie Boys song of the same name from Ill Communication. I mean clearly, after reading into it more, this wasn’t going to be snotty, stripped down hardcore punk from New York, but I thought “fuck it, let’s roll with it and see what happens”.

Before that, let’s get the background bit out of the way. These lot are from Cleveland, Ohio, obviously home to local heavy weights, Integrity. Yet Dwid need not fear for his metallic hardcore crown. This band are actually recommended for fans of FIDLAR, SWMRS, Rozwell Kid, Weezer and Joyce Manor in the publicity material. Not that far off the mark, that.

So, er, yeah. I suppose this falls into that kind of “angry nerd rock with pop sensibilities” territory. It’s a sound that many bands have tried to master down the years, and which many have gone so far wide of the target they have figuratively shot themselves in the foot. Or up the arse. You get the picture. Remember when Nada Surf were hailed as the new Weezer? And they just weren’t? And were just actually really shit? Yeah, that is generally speaking, something of a recurring theme.

Weezer pretty much nailed it down hard on their first couple of albums. Coupling as they did thick grungy sounds with infectious pop songs, yet somehow managing to not come off as contrived and simultaneously garnering mass appeal. Sort of like the Pixies without the weird self indulgent bits, I suppose. It’s not something that can ever be successfully copied, that early Weezer sound. 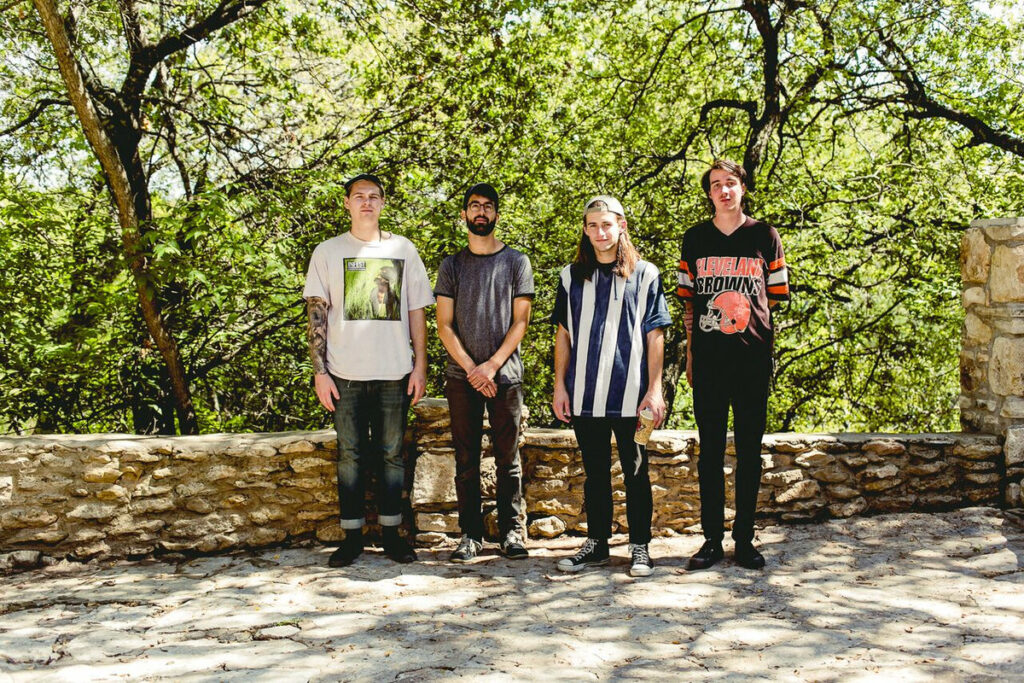 Other notables have entered the fray, such as longstanding off-kilter, crooked sounding Modest Mouse, with their compelling, knowingly odd jauntiness making a sound like some sort of bizarre nautical Fugazi (especially notable on Good News for People That Like Bad News and We Were Dead Before the Ship Even Sank). It would be remiss to gloss over the importance of Promise Ring’s Very Emergency and Nothing Feels Good (and post-Promise Ring band Maritime), delivering a more “trad emo” take on the nerd rock thing – y’know, a bit less of the “angry”.

Fuck. I’m rambling. The previously Joyce Manor have delivered some stone cold classics over the past 7 or 8 years too. Taking things back in a more punk influenced direction, courtesy of a heavy Jawbreaker and Jets to Brazil influence. See also Spraynard, mate. So what the hell am I talking about here? Well, to my way of thinking, this lot are melding these sort of influences into something approaching a new iteration of the “angry nerd rock” sound. And in doing so seem to have avoided the obvious sucking pits of artificiality and plagiarism that often seem to rob such ventures of any originality or credibility.

“It’s not half bad, this”. Is what I’m saying. I’d certainly be very interested in hearing any future releases from Heart Attack Man. Would I be likely to put this on ahead of any of the other classics I’ve heaped praise upon here? I dunno. Time will tell. Tony of Nurgle rating: 8.5/10