South Yorkshire and North Derbyshire’s finest, This Is Not A Drill return to the fray with a new self-released full length album, Fight Like A Girl. This follows on from 2017’s eight song Hysteria / Hypocrisy / Lies EP. The band feature members of Chewed Up, Trioxin Cherry, Brainfreeze and Truth Decay.

The album sees a progression in sound of sorts; the comparison I previously made to Born Against seems to be somewhat left behind. I reckon there’s still a hefty undercurrent of Discharge here, though. There seems to be a couple of new elements to the sound that kind of put me in mind of crossover stuff like Bones Brigade (title track Fight Like A Girl for example). Then there’s tracks like Feels So Right To Me that remind me of a hybrid of Hudson Falcons and Pinkerton Thugs. The oi and street punk infused Boston hardcore sound still comes through strong, too, yet now I’m also feeling that posi vibe of 7 Seconds too. Which is very nice. 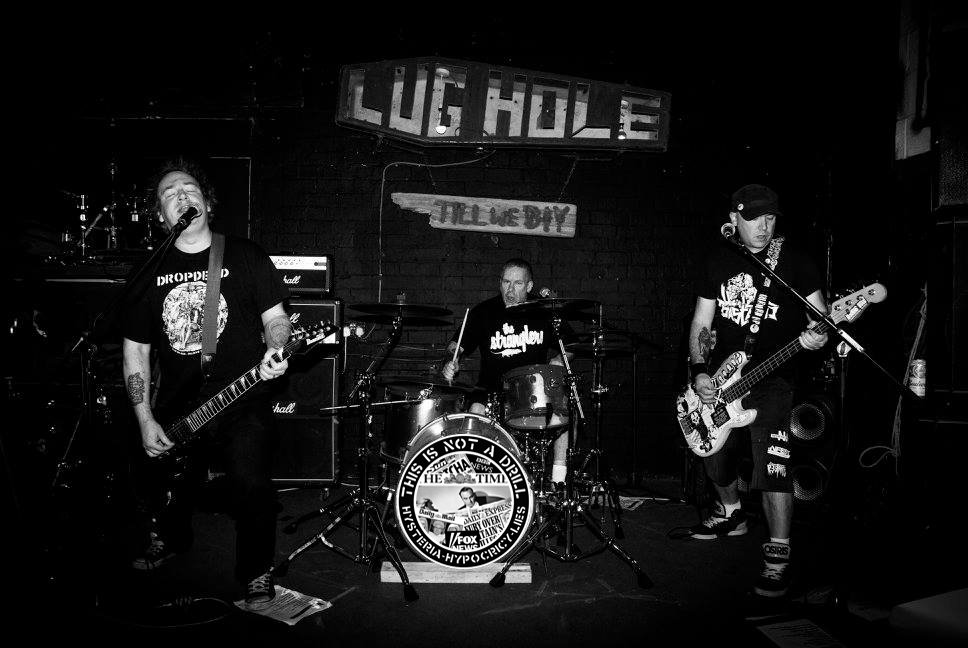 The record is peppered with soundbites and samples that serve to emphasise the way in which society reinforces preconceptions and prejudices, and how in turn these lead to ignorance and bigotry. It seems like in this day and age that these points should no longer need to be made; yet given the levels of national and global lunacy we have been enduring for fuck knows how long now, it seems like such messages are even more relevant than ever before. And you know what else? It’s also reassuring to feel like common sense isn’t perhaps in such woefully short supply as I’ve all to often been given cause to fear. I’m clearly not the only one that feels like digging a fucking pit in the ground and screaming into it.

It’s clear that This Is Not A Drill are not reinventing the wheel (I mean, who is if we’re honest?), but there is a reason that music like this continues to persist, and will do as long as there is something of social and political relevance to be said, and sectors of not just the youth, but also the adult populace who are disenfranchised enough to resonate with what’s being said here. And there’s something incredibly powerful about that, and that is why it will always have its place. It certainly helps when the band has it’s chops too. Decent. Tony of Nurgle rating: 9/10

Fight Like A Girl is currently available digitally from the This Is Not A Drill bandcamp page for the low low price of £2 (20p a song, mate – bargain). It will receive a physical release on LP and CD in the (hopefully not too distant) near future.