Seemingly I’m either too uncool or too non-adventurous to go to the Rebellion Punk Festival. But from the comfortable position of sitting on my arse instead, I’ll recommend some stuff for you to go and watch on my behalf, just on the off chance that any of you shit-houses are looking at your phones instead of watching bands and drinking heavily from the fount of overpriced festival beer. 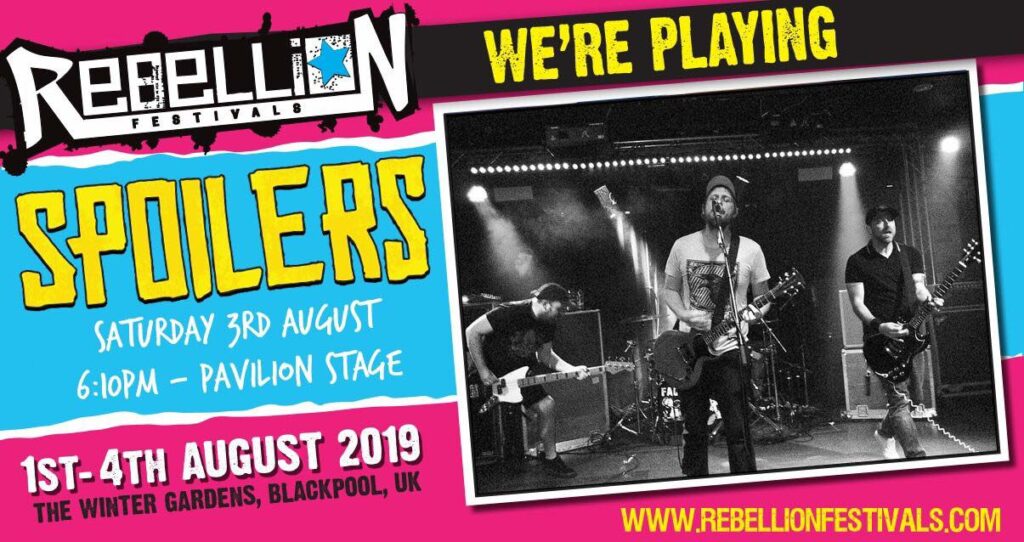 Spoilers, one of my current favourites are playing. They are from darn sarf, mate. And they play some cool UK style classic skate punk in the vein of Guns n’ Wankers meets Lagwagon. They also clearly listen to an unhealthy amount of Snuff. You can read my review of their recent compilation album, Recently Re-Released, which was released by our friends at Little Rocket Records, Brassneck Records, Boss Tuneage, and SBAM. You’ll be able to pick this up on random coloured vinyl from the merch table; ditto their recent full length ‘Roundabouts’ which is available on some funky variants. If they have remembered to bring any with them of course. Which they will have done, because they are good like that.

And a final thought on this one, if you missed The Drowns, The Murderburgers and Incisions over the last couple of days, you are probably a bit stupid or need to get your priorities straight, mate. Which I suppose amounts to the same fucking thing. Either way – look – I can’t do this shit for you. You are there, I’m not.