This follows on the heels of Abolitionist’s recent A New Militance 10in EP which also dropped this year through Different Kitchen Records / 1859 Records. You can find my review of that one here. This new record seemingly may represent the last document, nay, last will and testament of Abolitionist, as the Oregon wrecking crew have decided they are going to fold. Which is sad news, but life moves on, and if it don’t feel right anymore, it don’t feel right.

So I suppose this record also represents the final evolution of Abolitionist’s sound. It has a much darker feel than previous releases. Also I suppose much more of a traditional post hardcore kind of vibe, representing something of a departure from a more scrappy sounding gruff punk past. Although the sound has changed, you’d be wrong to think that there has been a drop in quality.

With changes in direction, there is all too often a drop in the immediacy of the impact the music has. This isn’t true in this particular case, which signifies to me that the band are not only fully committed to this change, but also that they are confident in it. The quality of the penmanship is outstanding, and the band have put together what I feel may be their brooding yet compelling, cantankerous masterpiece, packed full as ever with insightful rhetoric. This is all allegorically packed into a story, or concept that runs through the record, which I think says a great deal about bitterness, loss, ignorance and great awakenings.

There’s a good deal to get your teeth into here. The core of the sound seems to meander between an evil, dishevelled version of Fugazi and Dag Nasty. There are also notes of comparison to some of Propagandhi’s more recent albums as well as the more vintage sounds of Rites of Spring and Policy of Three for example. Add in a slab of Red Hare and you’re golden. 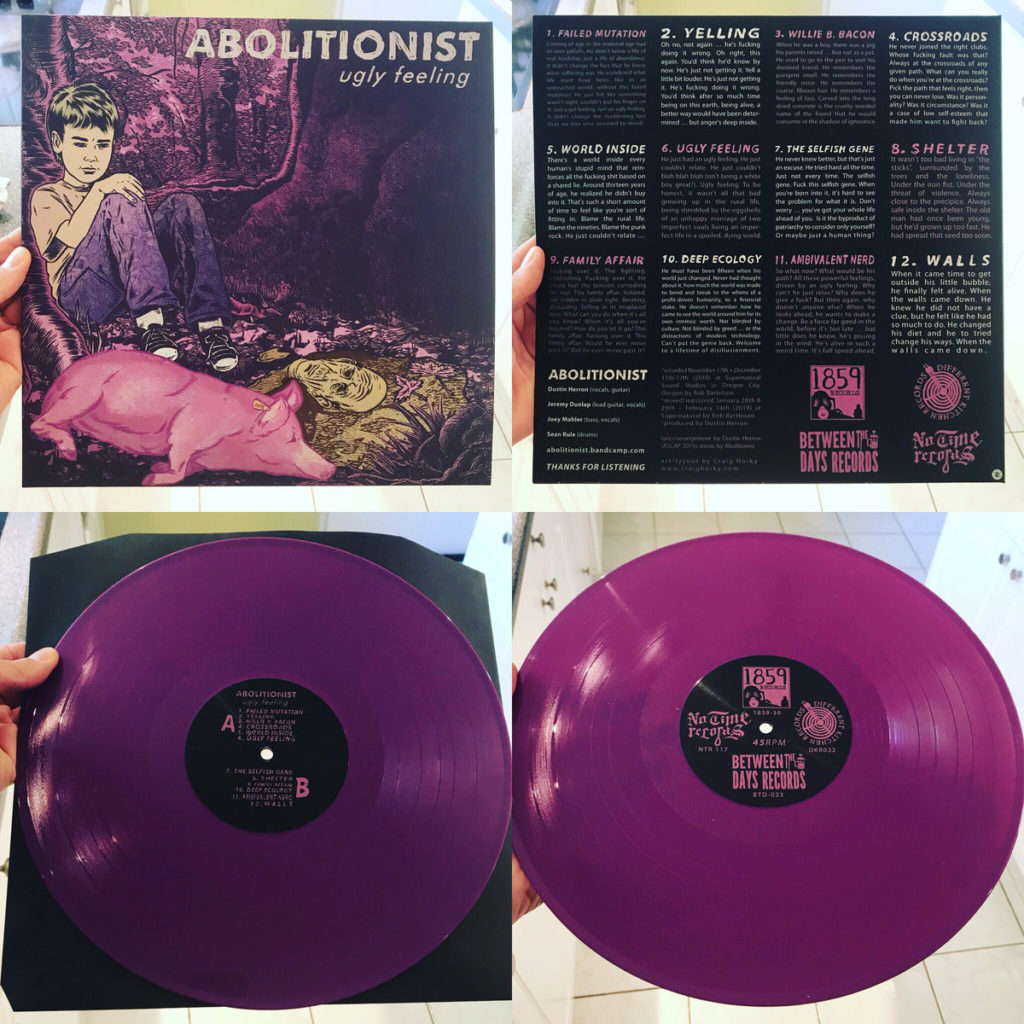 I suppose I’ll conclude by saying that I think this beautifully presented LP (on purple, in a heavyweight matte finish sleeve) will go on to serve as a fitting epitaph to the career of this hardworking band. It’s thought provoking stuff, and even if the subject matter is dark, there’s something about the craftsmanship that pulled me in as a listener and easily buoyed me along with the current. Tony of Nurgle rating: 9/10