Spoilers are a band that I totally slept on until last year, despite my mate Martin constantly (well, frequently) saying how great they are. More fool me, I guess. Although I can at least partially blame this ignorance on my hiding away in the house because I’d lost the plot somewhat, and couldn’t abide the horrors of London town.

Anyways, Spoilers hail from Canterbury, that fantastic little town of lovely pubs and archbishops and all that shite. This compilation LP collects their early mat/rial together in one handy package, along with 4 previously unavailable acoustic cuts. Said early material consisting of the mini album, Stay Afloat and their split release with the No Marks. 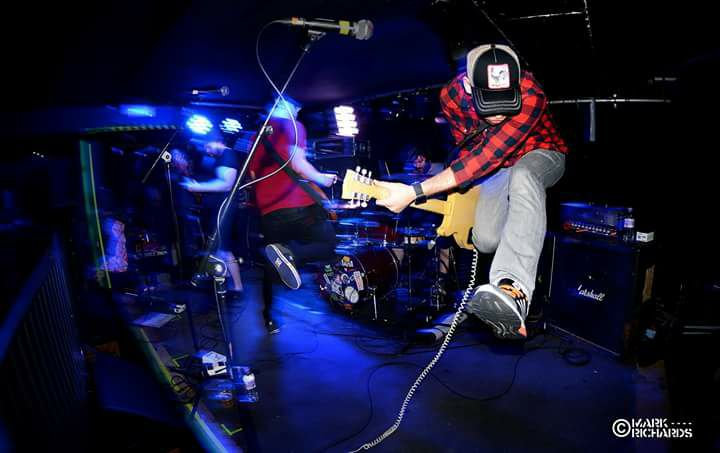 What can I say? Don’t be like me. Maybe you’ve heard the name Spoilers, maybe you haven’t. But you need to get on these guys if you haven’t yet:

I’d describe the sound here as sitting somewhere betwixt an odd triumvirate of trad pop punk, EpiFat skate punk and your spirit of ’77 kind of stuff. The kind of amalgam that should be ludicrously unwieldy sounds fucking fantastic here. Normally I would have said if you had a massive gap left in your life left by the demise of Guns n’ Wankers, this is your jam right here, mate. But Guns n’ Wankers have recently reformed so I can’t say that. Which is annoying, but yay! Guns n’ Wankers! 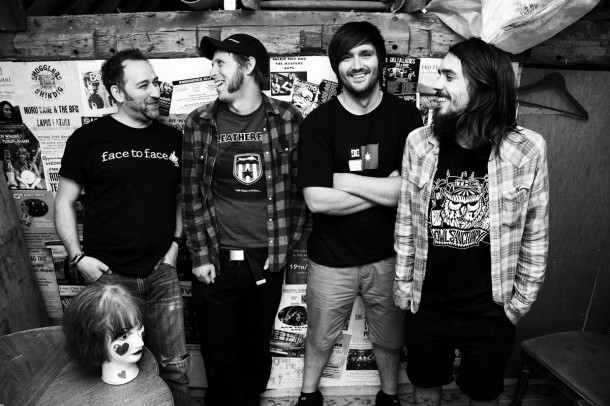 Instead I shall satisfy myself by comparing them to Snuff without the self-indulgent filler tracks. There’s a definite likeness that I’m sure the Spoilers boys won’t deny, musically speaking. In addition I’ll throw out a comparison to Hoss era Lagwagon, which I suppose like that album itself seemed to spectacularly divide opinion (y’know, the album where people that are wrong said they went emo?). Vocally, yer man there sounds like a sweeter Duncan Redmonds too. What can I say? This stuff certainly tickles a sweet-spot for me. The acoustic versions included here also put me in the sonic zone of Duncan’s cuts from the three-way split with Joey Cape and Ken Yokoyama from Hi-Standard.

You can get this on blue or green randomly marbled vinyl from the Spoilers bandcamp page, the Brassneck Records webstore, Little Rocket Records, Boss Tuneage and SBAM in Europe (edition of 300).