OK. I have to own up that I’m slightly biased as I love The Get Up Kids. Like, really love them. ‘Something to Write Home About’ was my soundtrack to a broken heart or two, I came pretty close to getting their lyrics tattooed on me and seeing them play it live at Riot Fest a few years ago is one of my top gigs of all time. So, my first listen was filled with hope beyond hope that this didn’t suck…

‘Problems’ is their first full length release in 8 years and that’s 22 years since their debut ‘Four Minute Mile’ (yeah, I feel old too) and to put it simply; in moments, it’s stunningly beautiful.

The closing track ‘Your Ghost Is Gone’, a piano driven story of loss is one of those beautiful moments. If you like your emo emotional, this one’s for you. The swelling, all-encompassing music reflects on how grief is all-consuming and often feels bigger than us with a gentle sensitivity. And that feeling of loneliness and despair trails through the whole record, especially on songs like ‘Satellite’ and even in more punchy ones like ‘Waking Up Alone’.

Even though The Get Up Kids can nail sing-along melodies and sprawling riffs, arguably their best trait is their lyrics. Open and honest to the point of being bare and vulnerable, they say what you’re thinking and feeling before you might even be ready to admit it to yourself. 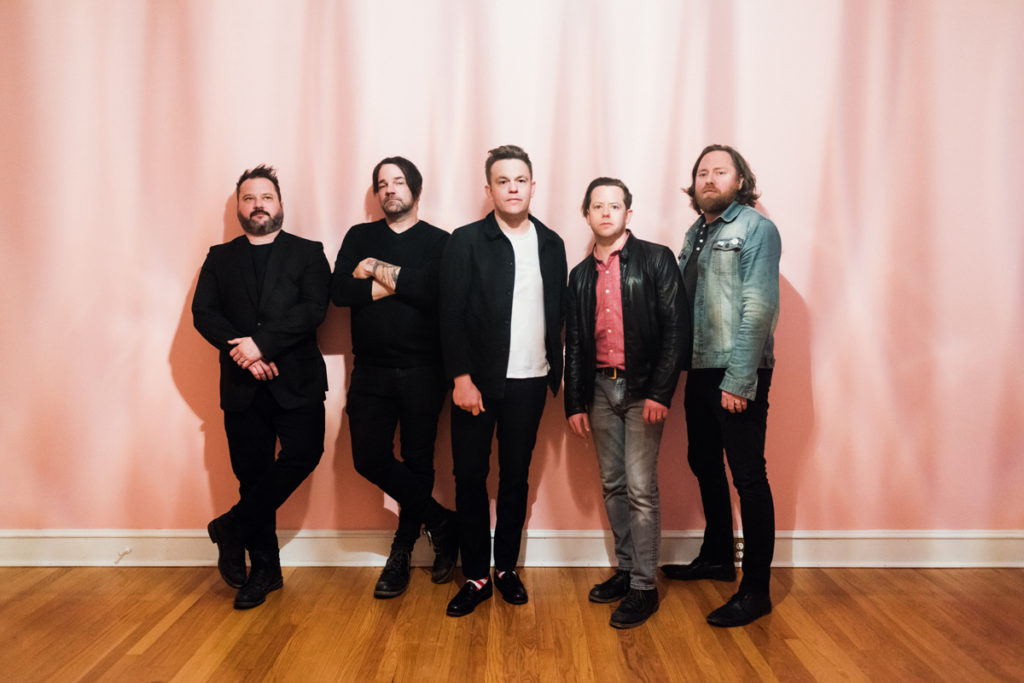 For me, ‘Salina’ and ‘Fairweather Friends’ are the most obvious examples of a return to form. The first full of soaring guitar riffs and a repetitive keyboard rhythm tied together with melancholic lyrics about love – exactly the song you’d expect from them and that makes it no less special. The second, a more upbeat and empowered offer with an anthemic chorus and a fuck you attitude that you know will be a stand out hit on tour.
Like most albums, there are some fillers in there and the weaker tracks like ‘Symphony of Silence’ and ‘Now or Never’ at worst sound like Semisonic (shudder), but I’m willing to ignore that for the rest.
And although it all feels familiar, it’s not just the rehashing of things that have been done before, but it’s using the known and loved elements of their music to create something new. Matt Pryor (guitar, vocals) says, “A big part of the reason why we started writing new songs in the first place is that we have things we want to say about this moment in time.”

‘Problems’ is the sound of a band who know who they are and are unashamedly making songs that could sit comfortably on their first releases, albeit with a 2019 frame of reference. And when that band’s The Get Up Kids, that really is something to celebrate.*

*so tempted to do a Something to Write Home About pun there.

Problems is released on the 10th May 2019. You can check out the album on the bandcamp player below:

You can preorder the album from the Get Up Kids bandcamp page on two different coloured 180g vinyl options, CD and digital download.