I dived head-first into this split without prior knowledge of either band other than having heard Crowning’s cover of “Farewell to Words” on the Envy tribute I reviewed earlier in January. While not being one of my favourite tributes on the record, their mix of heavy low-end chugs yet tight and scrappy screamo/punk made for a distinct cover version that definitely stood out, and like all the artists on that project, made me want to hear more.

The first thing that’ll you’ll notice on this release is that instead of following the more commonplace practice of having one artist’s collection of songs in order (usually one side of the record or tape) followed by the second artist’s songs, Crowning and Marée Noire take it in turns, each following a track with one of their own, creating a Jenga tower of noisy, powerful punk. I really like this idea in theory, however it also works to their detriment for that exact reason and here’s why.

For someone unfamiliar with either band (further yet, imagine being unfamiliar with the genre itself) it makes getting into the sound of each band kind of difficult. The reason it flows so well is because, well, both bands are not so dissimilar in sound and vibe. If you’re putting this on just as background music or even just for a casual listen, it can be quite difficult midway through to pick out which band is currently playing without checking. That is until you’ve played through it enough to pick out the characteristics of each band (the obvious one being Marée Noire singing predominantly in French).

On the other hand you can be really into a groove, or feeling what one band is laying down, and then all of a sudden the next track is distinctly different, breaking the vibe. So yeah, I’m a bit on the fence with mixing up the playlist, but regardless I listened to it in the supposed order.

Quebec’s Marée Noire kick things off with the turbulent “Laurence” which breaks in with what sounds almost like black metal octaves before tumbling into the kind of melancholic melodies you’d expect from bands such as Malady or City of Caterpillar.

Crowning change the direction completely with the more upbeat “Julius Breezer” whose floaty and angular riffs change rapidly to aggressive bassy chugs with precision guitar and double kick. Their sound is very well produced and reminds me a lot of early Maths (listen to the track “Solace” on the Throats split and you’ll see what I mean).

The two middle tracks from both bands are probably the weakest point on the split for me personally, both being somewhat short and sounding a little directionless in comparison to the two tracks either side, though thankfully both bands finish on bangers.

Marée Noire keeping it melancholic and downbeat on “Toucher la Lune” but with driving bass that leads winding guitars to a more uplifting and catchy climax. Meanwhile, Crowning lay waste to the entire record with what is easily the heaviest track on the entire thing, crossing into metalcore and post-metal (imagine the heaviest parts of Cult of Luna/The Ocean). A fucking fantastic end to a pretty great split, definitely worthy of your time.
The sound of both bands has grown on me and I know I’m definitely going to be giving this at least a couple more spins.

You can listen for yourself below on the bandcamp player: 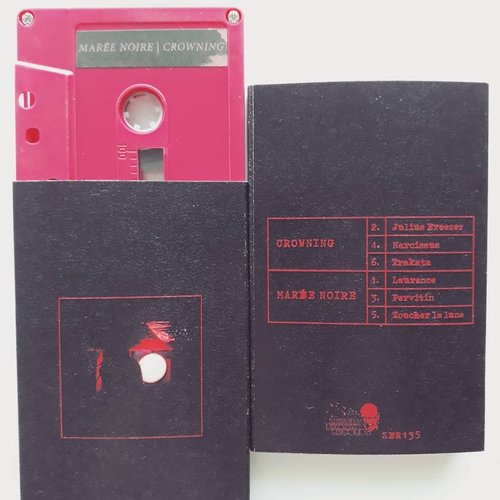 You can pick this up from Zegema Beach Records