First of all, many apologies to Chris at Dirt Cult and to Neighborhood Brats that this has taken so long. Sometimes real life gets in the way of typing up these reviews! Doing grown up stuff often sucks.

Anyway, Neighborhood Brats are a 4 piece combo from Oakland / Long Beach, California. They are formed around a core of vocalist Jenny Angelillo and guitarist George Rager, and rounded out by what I believe are “occasional members”. They’ve been around since 2010 and have a wealth of material that you can check out on their bandcamp page, Claw Marks being their second full length effort. 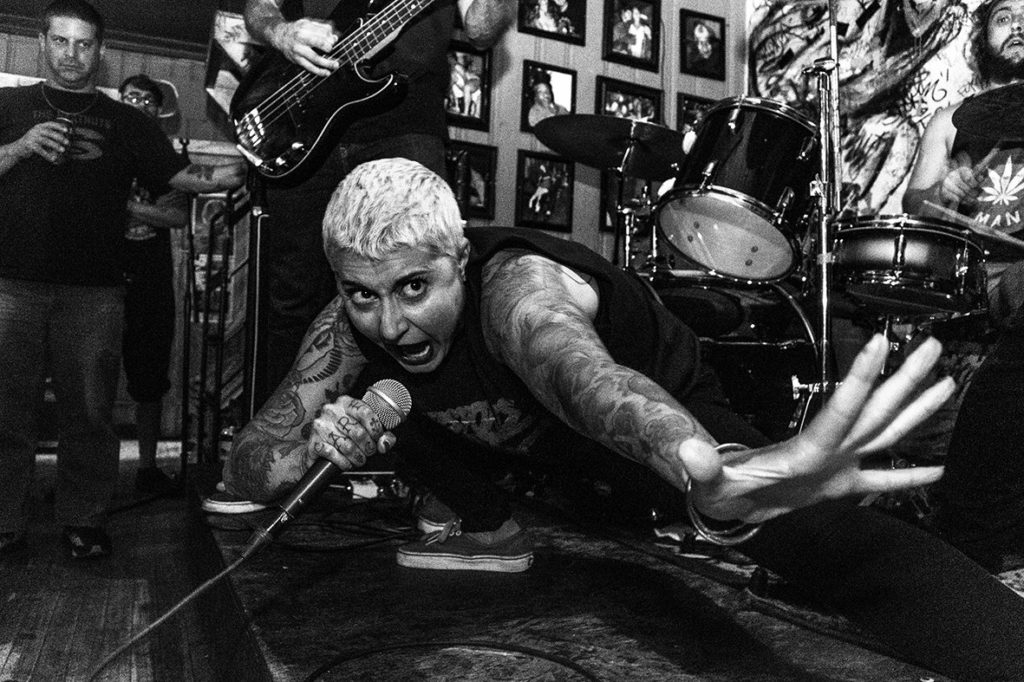 Chris at Dirt Cult described these guys as playing Killed By Death style punk (find out more about Killed by Death or KBD here https://en.wikipedia.org/wiki/Killed_by_Death_(albums) ) meets the Avengers, the Clash, and X. To me, this record reminds me of an amped version of some of those bigger names in the Riot Grrl movement of the early 1990s (like Bikini Kill, Huggy Bear and Brat Mobile) meets Milo Goes To College era Descendents. Whichever description floats your boat, I feel like folks are gonna find a great deal to enjoy here, although Chris at Dirt Cult probably has the more insightful and factually correct one!

Either way, these are an awesome 11 cuts of scrappy female fronted punk rock, that you can check out on the bandcamp player below. Tony of Nurgle rating: 9/10

You can pick this up on black LP or digital download from the Neighborhood Brats bandcamp page or from Green Noise Records (who look after mail order for Dirt Cult releases) on either orange or black LP.