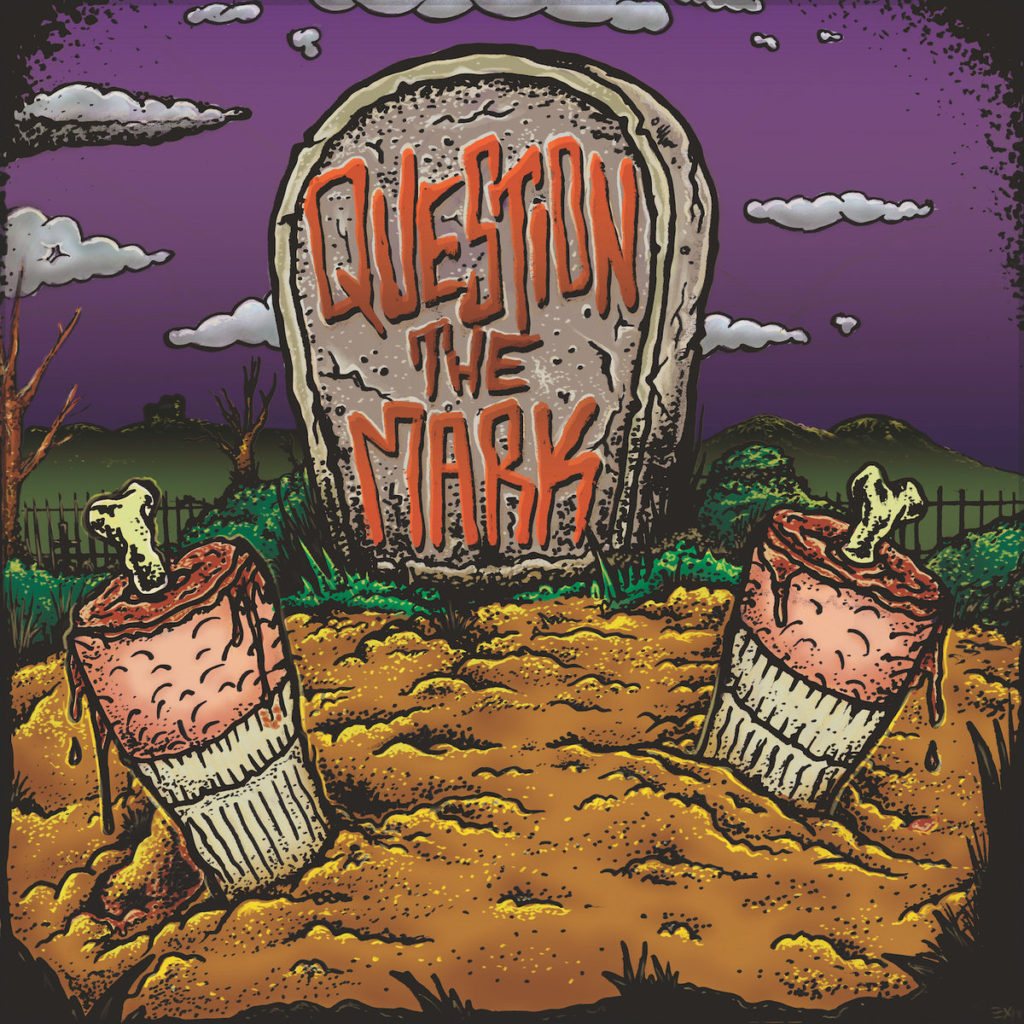 Wowsers. Are these guys Wales’ best kept secret or what? Graeme was enthused about this one when he contacted me about it. It all started out with the band wanting to get some new ideas recorded with Graeme in his studio. The guys were so pleased with the outcome that they decided they wanted to put it out. Magnanimous fellow that he is, Graeme obliged and decided he’d put it out via Little Rocket. 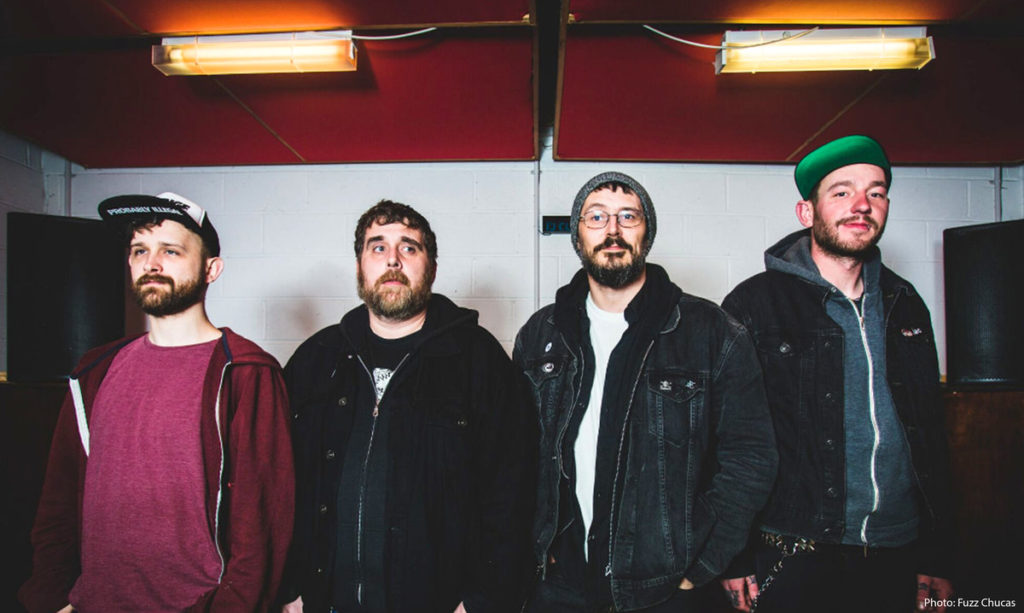 So what should the burgeoning listener expect from this? Apart from a massive fucking treat, well this has a real feel of a British take on the New Jersey style of emotive melodic punk rock as played by Lifetime and Saves The Day (although in the case of STD before they were poo), only fed through a sawmill. There’s a real flavour of mid-West style punk rock ala Pegboy and Arms Aloft running through these tunes like a vein of mould through a lump of blue cheese. It’s obviously rounded out by a true idolaters level of worship of the likes of Hot Water Music, Nothington and Leatherface.

In short, this is essential, if you ask me. An unabashed Tony of Nurgle rating of 10/10. Love it, mate. If that’s not enough for you, my 19 month old was bopping and clapping to this like a good ‘un t’other day.

Available as a digital download or on light coffee coloured 7 inch from the Little Rocket Records bandcamp page. As I write this, there are only 57 remaining of the 300 pressed, so you should be quick on this one. 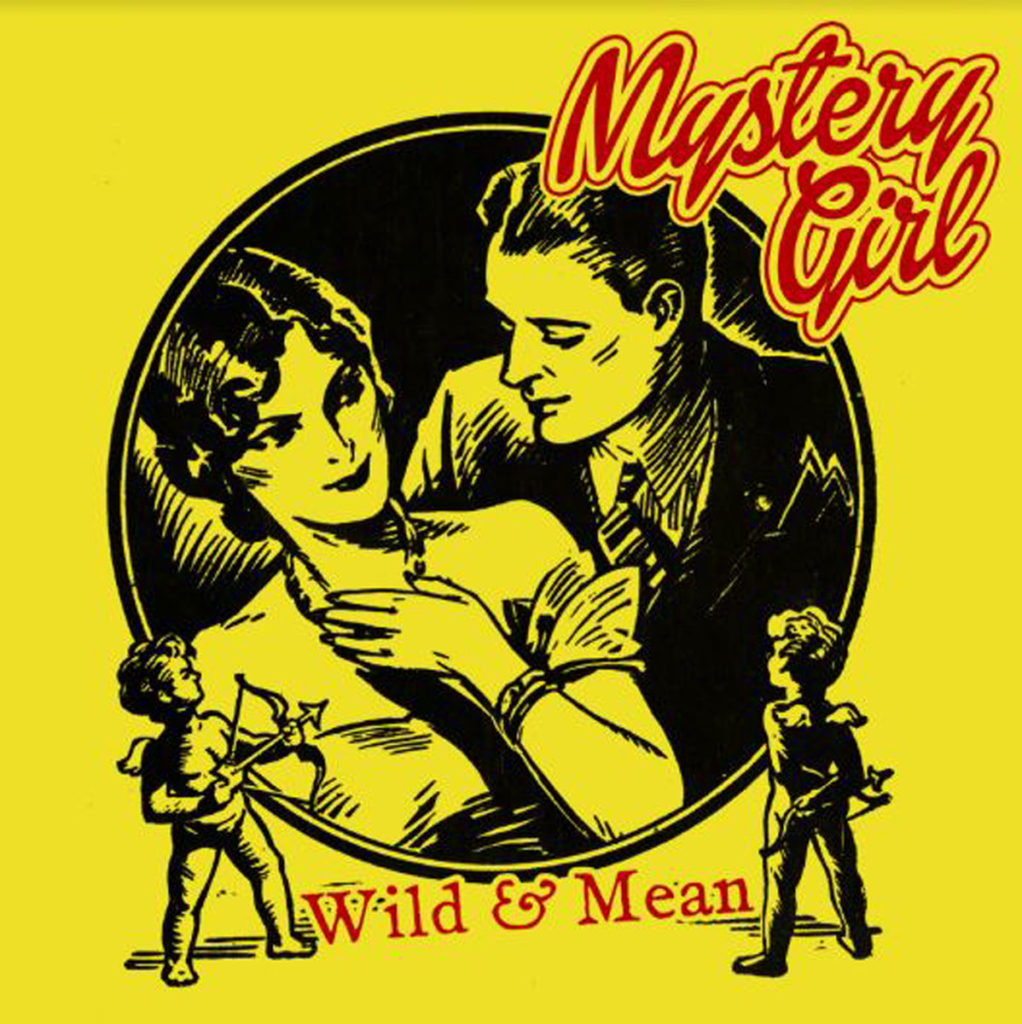 Eric from Mystery Girl did this thing that you can do nowadays. He hit the email button on the Apathy and Exhaustion Facebook page to contact me about a review. Thanks, Eric, I’m really glad you did. I rather enjoyed this 7in record. 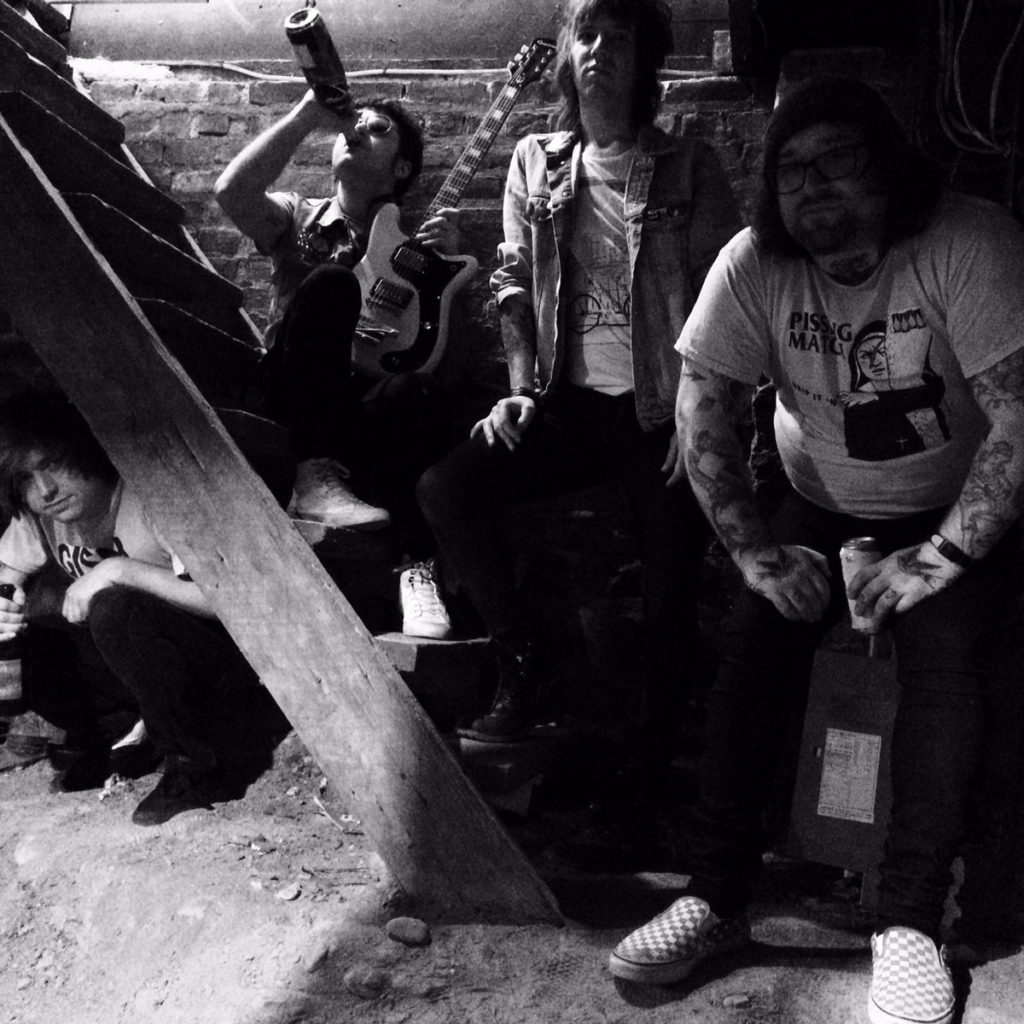 This kinda reminded me of a weird mix of Danzig era Misfits, Thin Lizzy, White Reaper and the New Bomb Turks. Balls out garage rock n’ roll punk. It’s very good, this! They look a bit embarrassed in their picture (but these days who doesn’t?), but with the lead guitar lines running through this, it’s totally forgiveable. These lot have pzazz (is that even a word?). It’s tons of fun and even has a couple of guitar solos so bad they’re inspired. It’s a double thumbs up from me. Tony of Nurgle rating: 8.5/10

You can grab this from the Mystery Girl bandcamp page 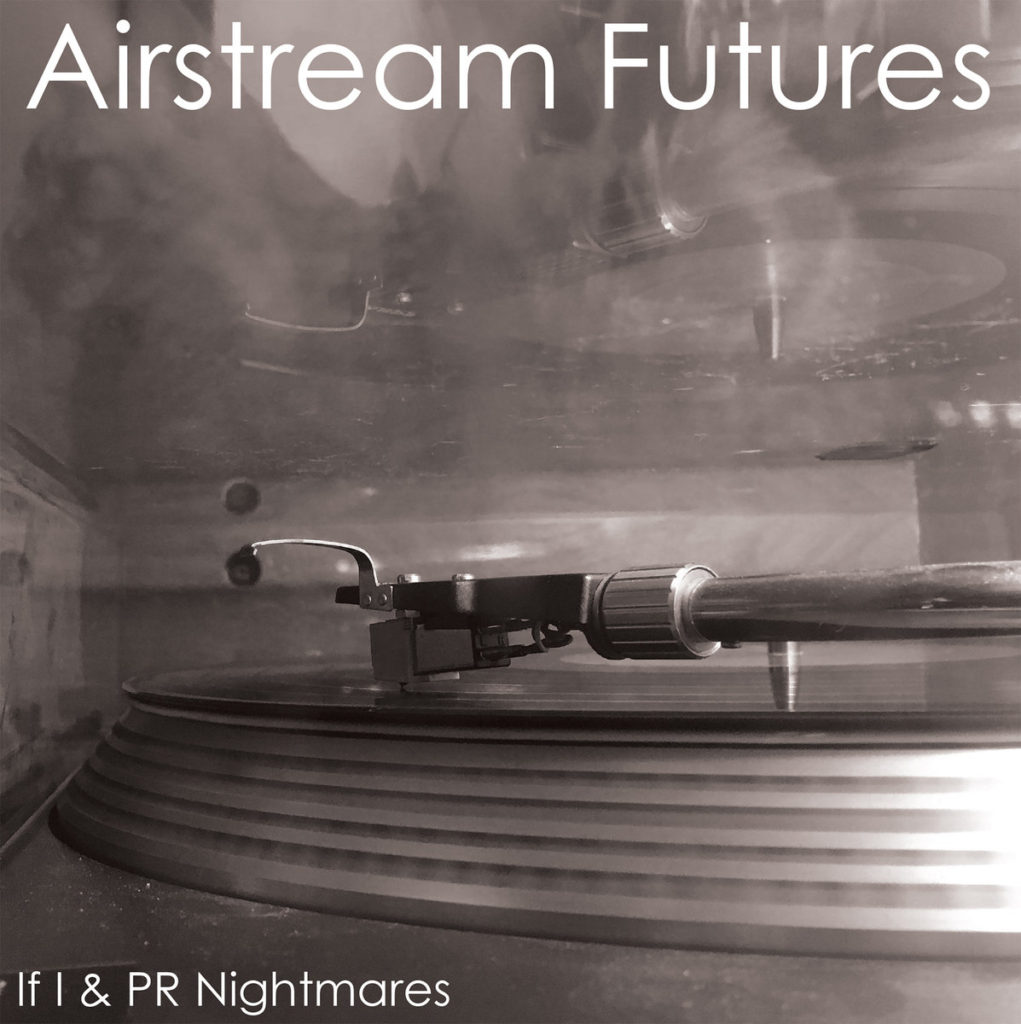 Chicago’s Airstream Futures are, according to their bandcamp page a female fronted “rock/punk/alternative band”, which I feel although no doubt accurate is something of a humble description. To me, these kids sound somewhere between the post-riot grrl of Discount introverted yet ballsy post-hardcore of Texas is the Reason. 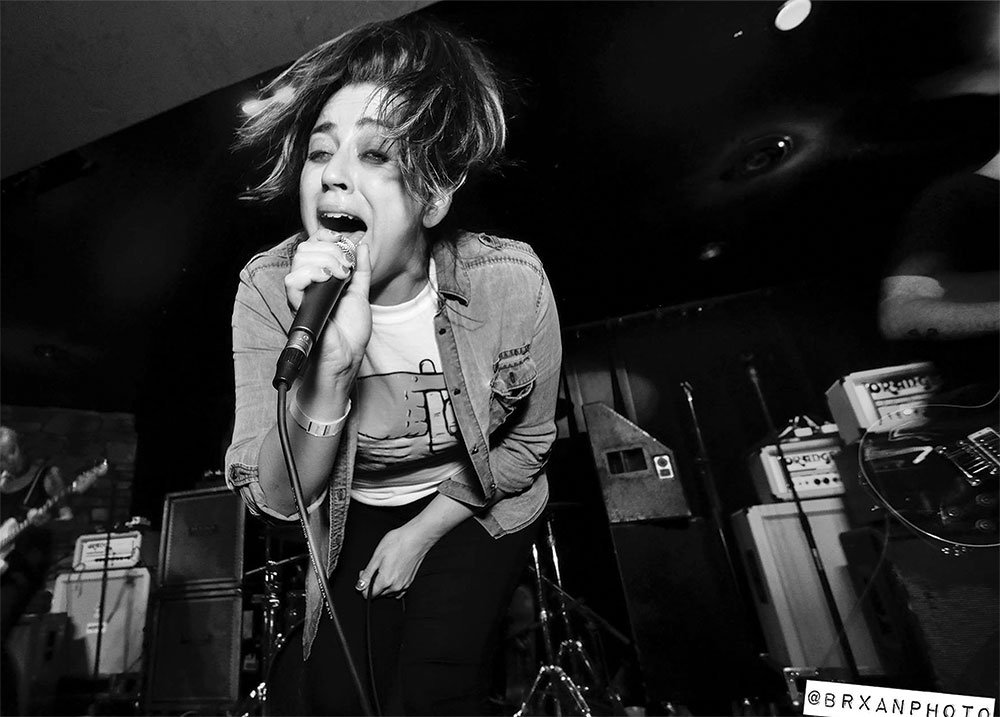 The two songs presented here are recorded by Alkaline Trio’s Derek Grant and Rodrigo Palma (who has been in such acts as The Methadones, Saves The Day and The Bomb). If that’s not endorsement enough for you, Graeme Philliskirk (of Leatherface and Medictation) has released this on his label. This 7in is the follow up to the bands’ debut full length, Spirale Infernale, which was released via Paper + Plastick Records at the end of 2017. Tony of Nurgle rating: 8.5/10.

Trust me, it’s worth a spin, this:

You can pick up a copy on random coloured 7in from Little Rocket Records (be quick, there is only 19 of the 300 pressed remaining!) or as a digital download. 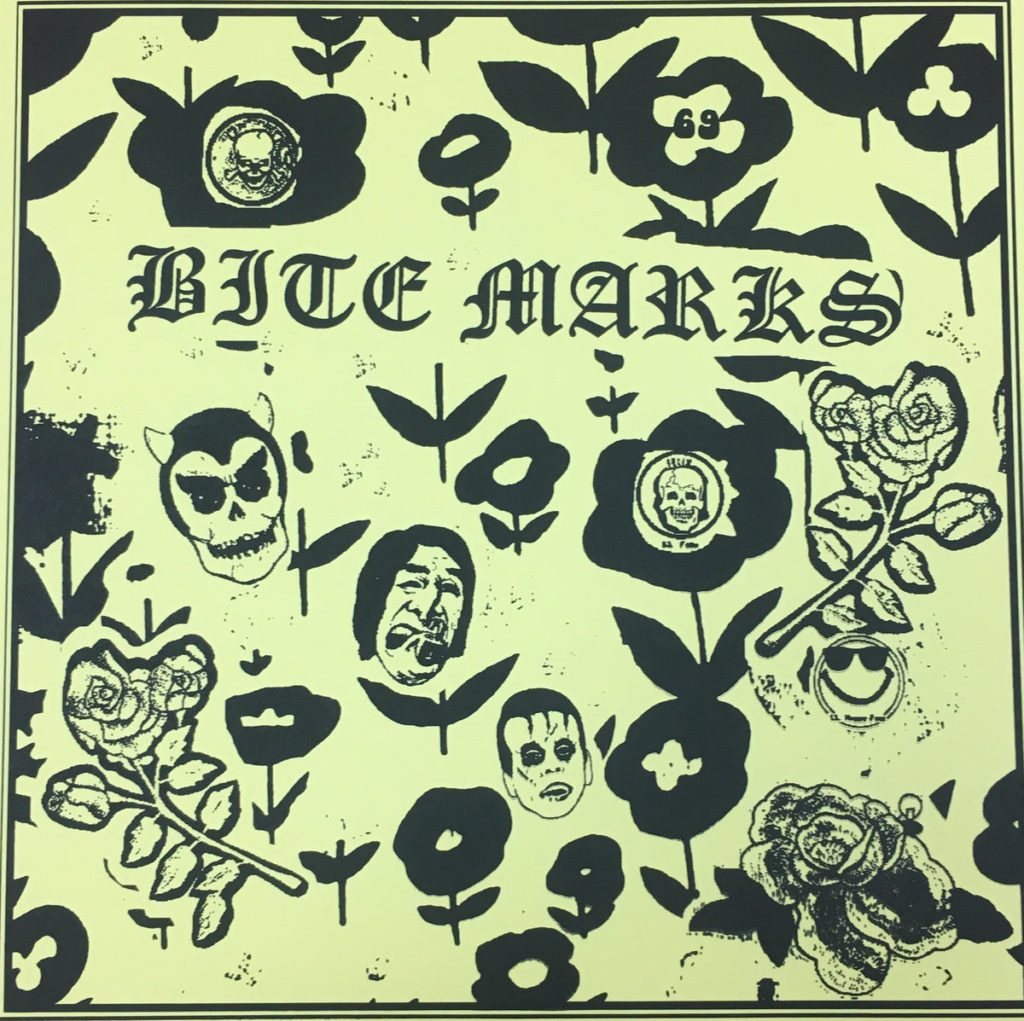 Alright then. My dude Jason T over at Belladonna records put this out for this female fronted quartet from Gainsville. The very same band that featured recently in this live review James wrote… I’m stoked on this one. 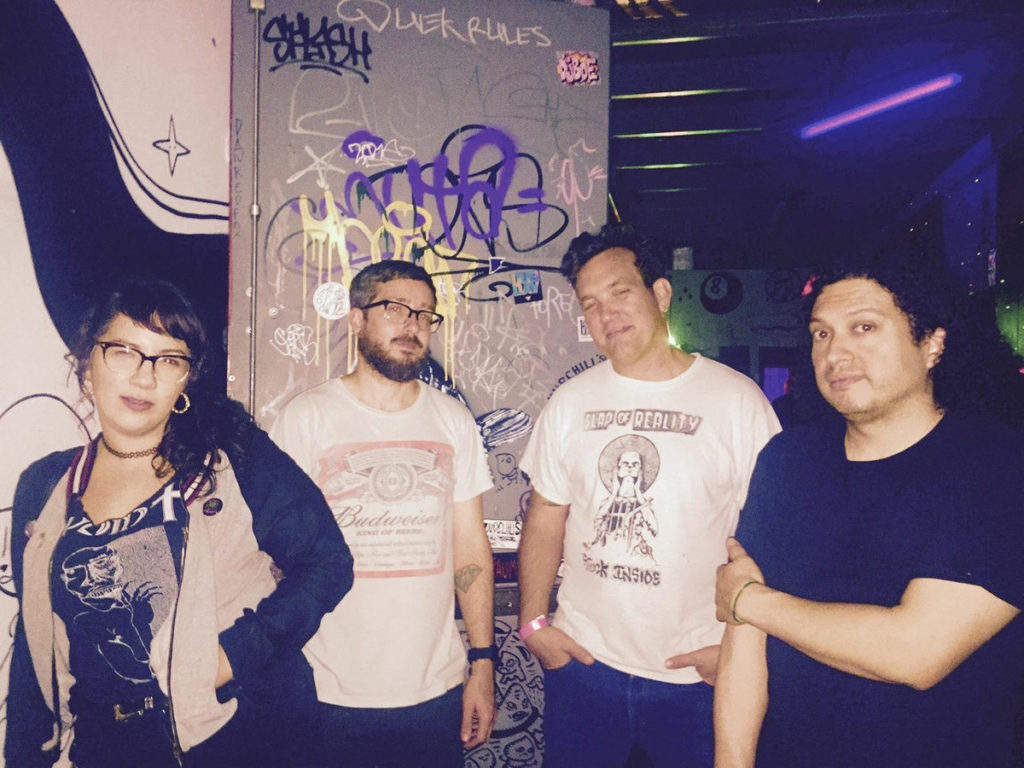 This lot play a gnarly brand of what ignoramuses, like me, term as angular, Dischord Records style post-hardcore. The main sound likenesses here to my ears are Red Hare, Rites of Spring, Bluetip and Embrace (not the shit one from Huddersfield, the DC one). This is twelve minutes or so of raging, emotional turmoil set to music. Pure, unadultered FIYAH mate. Has to be heard to be believed! Tony of Nurgle rating 9/10

This is available on single sided 12″ pink vinyl, with a silk-screened B-side (300 pressed) from Belladonna Records

Shaun from Lymington’s Bamboo Vipers hit me up to see if I’d review their new cuts for them. So of course, I obliged. I’m currently still awaiting some background info from the band, but as far as I can ascertain the band members are longstanding veterans of the UK scene, and describe themselves as an ever evolving garage punk machine from South Central UK.

Fuck it, I’m gonna make up some extra bio for them: Features members of UK legends Dirty Greasy Bulbous Toad and Fly Pie. The first punk band in space. There we go, mate. 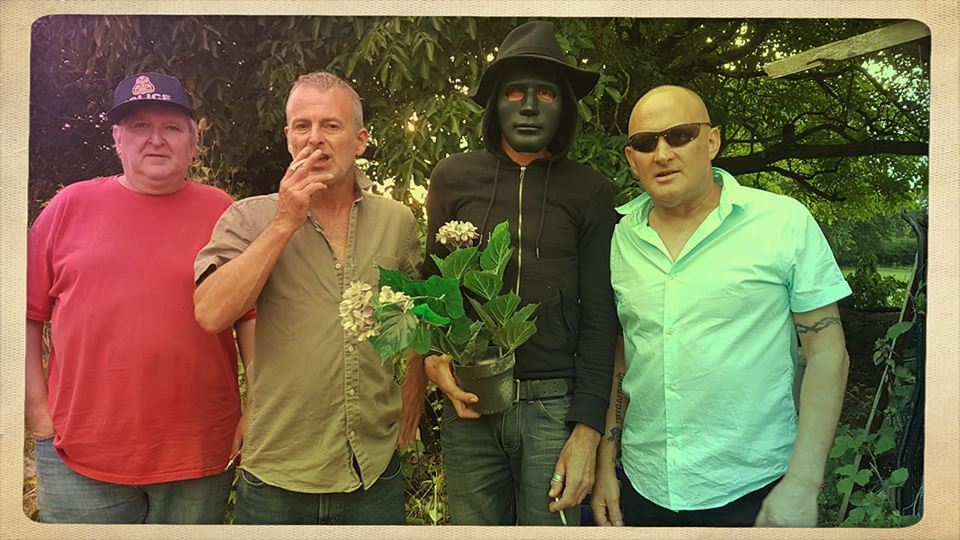 So, what’s it actually like then? First track, America is a bit long winded for my personal tastes, clocking in at a little over 5 minutes in length. Oddly though, I didn’t feel like my attention was wandering, though. The blend of Fresh Fruit for Rotting Vegetables era Dead Kennedys, The Business and Sham 69 on this release is kind of appealing, though even if it’s not typical of my usual listening preferences. I do wonder if they’d dropped the brass backing on this track in favour of the harmonica flourishes on second track Poking Around if it would have sounded much better?

Still, I could imagine these lot going over well at Rebellion Fest, playing alongside one of the classic punk bookings. Any of these shithouses that you see blather on about punk being dead are talking out of their arses mate, as we all know so very well. This, I think, serves to prove the point that you can still do stuff with the trad punk and hardcore sounds and come up with something that, whilst not ground breaking, is slightly different, especially in the modern context. Tony of Nurgle rating: 7.5/10