Music at its best is supposed to evoke something in you. Maybe it’s something as simple as liking the sound of someone’s voice. Maybe the words get you. Maybe it’s the beat. It’s been a long time since an album hooked me with its feel. The Living End have so perfectly blended the best of 1983 that it got something out of my subconscious. That’s the year of my earliest memories. I was transported back to Saturday mornings watching MTV with my brother for hours on end. This was when they were playing bands like The Clash, The Police, The Stray Cats, Joan Jett & The Blackhearts, early U2, Joe Jackson, Elvis Costello, The Cars. New Wave in general.

The Living End have written an album that takes in all these influences, mixes them up and processes them through these players and it’s absolutely excellent. Don’t misunderstand me. This album doesn’t sound like some sort of retro attempt. It’s sounds completely modern and has the potential of widespread appeal. But it very easily could have been there side by side with all those others way back when. 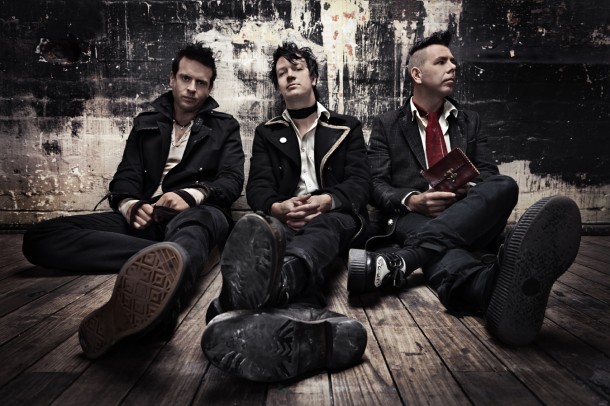 Your friend and narrator here hasn’t heard new music from The Living End since 1998. These guys were hit makers back then. Give them 20 years of experience and skill development and it stands to reason that they would be great. I wasn’t expecting this. This album is so good that I took a break from writing this to go order this on color vinyl. Money talks. That’s about the best endorsement I can give an album.

This album is coming out on 28th September via Rise Records (and BMG) who have managed a lot of really popular bands and big releases. There has been a resurgence for bands from the late 90’s. This band is writing pop songs. It would be nice to see them enjoy another spike in popularity. Making albums like this, they certainly deserve it.

Stand out songs: Otherside, Death of the American Dream, Amsterdam (though it sounds quite a bit like Far From Finished’s ‘Marigold’ song), Wake Up the Vampires.

If I had just one criticism it’s that the songs could be trimmed in spots. If every song on this album was 3:10 or less than that, it would maintain it’s energy better even through the toned down songs. That’s a small criticism. They hit it on every level here. Find a way to hear it. (Lind)