This may very well be the best album the Swingin’ Utters have ever made. They come out swinging (sorry) with Undertaker, Undertake and immediately bounce you around like a pinball over the course of fifteen songs in forty minutes. They hit you with everything they got and after more than twenty-five years as a band, they got a lot. They can do it all well and they run through some unforgettable variety on this album. The album is over and done before you even know what hit you. Just sit down and enjoy it – give it your undivided attention, you’ll be glad you did.

The Utters put out a career retrospective album on Fat last year. By all models of the past they should be touring on their early material and collecting a pay check while occasionally phoning in a new album, though those might be few and far between. It’s so unusual to hear a band sound this fresh and this fired up, and writing some of the best songs of their career, at this point in time. The new rhythm section certainly has something to do with it, I presume. It sounds urgent. The Utters are doing away with the models of the past and setting the bar high for other active bands that also have some years under theirs belts. 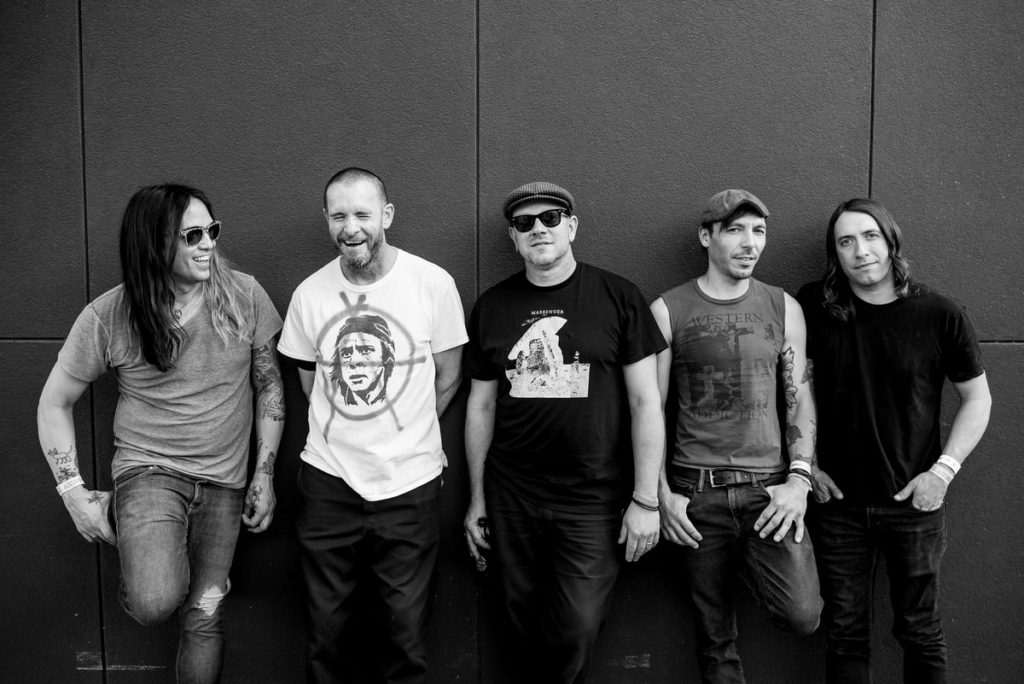 Fat Wreck is proving that the longer you nurture a band and let them develop, the better the band becomes. Major labels used to take that approach. Now people wonder who will step in when Bruce Springsteen and Metallica hang it up. It should be Swingin’ Utters, in a just world. But that’s not where we’re living. Luckily for us in the know, the band is ready to deliver music often and Fat is ready to present it to the masses.