Get Married are from San José, northern California, and as far as I can tell, Songs for the Sleepless is their first full length record, following on from the imaginatively titled Four Songs EP and 2016’s Into the Cosmos. Their bandcamp page describes them simply as “California rock n’ roll”. Which could mean anything, right? From the Eagles to Suicidal Tendencies to 90s Epifat and beyond. Elsewhere they describe themselves as “slacker pop / salsa”. OK then…

So, what else do we know? There appears to be 6 of them from the press photo, and according to their Facebook page https://www.facebook.com/pg/getmarried408/ they like Weezer, Metallica, and The Beach Boys. So by now, you’ve got to be at least a bit curious, right? Well, you’d be right to want to find out more, and I’m happy to oblige you, my tender web-darlings. 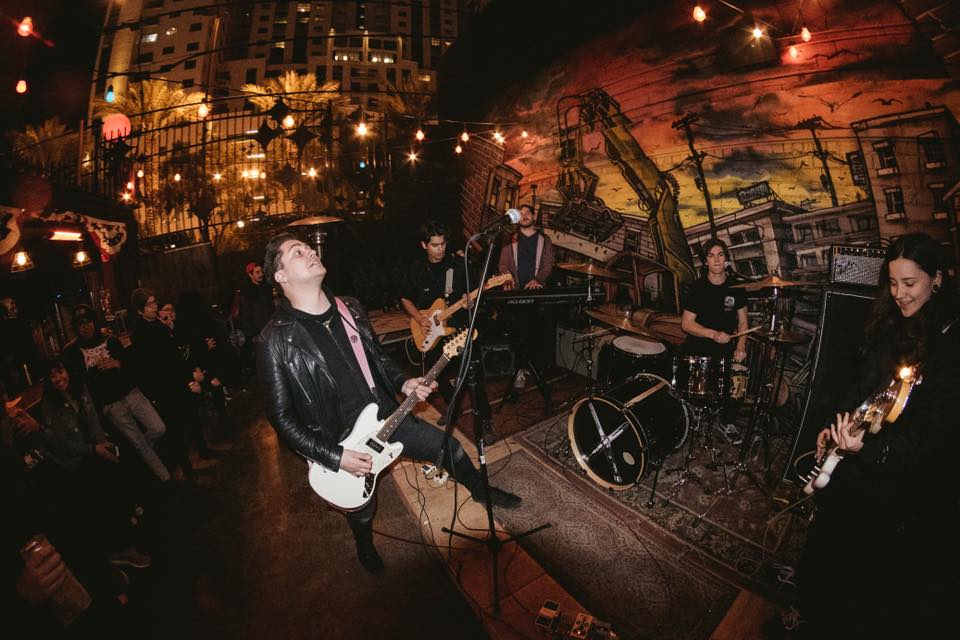 So, those with a tendency to read the ramblings that tend to pervade the pages of Apathy and Exhaustion may remember (from probably like a day ago or something), I recently reviewed Odd Robot’s new one, Amnesiatic, (which is also out on Wiretap) which I compared vocally to Dan Andriano currently of Alkaline Trio and The Falcon. Coincidentally, Jaake Margo’s vocals here seem to be along similar lines, with an added dash of Joey Ramone. That’s not a bad thing, I love a bit of Dan, me. Lyrically, however, things seem to be somewhat more wistful, and less maudlin. The press material gives this wonderful quote, that really struck a chord with me, and which reminds me a great deal of James Alex of Beach Slang’s outlook:

“Teens of nowhere who lie dreaming in leather jackets” 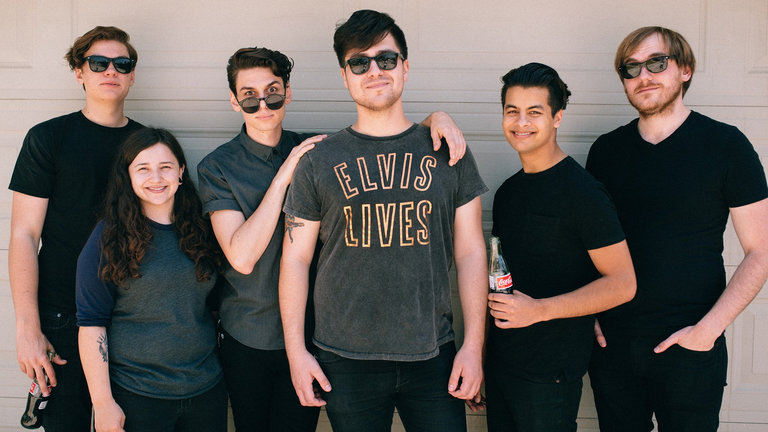 Musically speaking, the fuzzy indie rock influence of early Weezer shines through in both the guitar sound and worshipful nods to their classic song structures seem to lurk just out my mental reach. This seems to be tightly entwined with the raw, searing melodic punk rock of Samiam and the heavily rock n’ roll influenced shy boy power pop of River City High and a hint of Teen Idols. Having said this, there are notable moments that stray from this pattern, such as Over Again, a slice of depressingly lovelorn acoustica which seems to serve as a perfect bookend to the first half of the album. Oddly, the second half opens with what I can only describe as some sort of bizarre hybrid of doo-wop and the Grease soundtrack, which in reality far less objectionable than you’d think based on that description!

Top cuts for me here include Adam West, Sleep Deprived, Weeknight Love (which has a Spraynard kinda thing going on) Living Room, Winona (which has a fantastically Ben Folds Five-esque intro), and album closer Wait for You (which outs me in mind of Dowsing). A solid Tony of Nurgle rating of 8/10 for this one.

You can check Songs for the Sleepless on the bandcamp player below:

The album is out on 17th August and you can pre-order it on random coloured LP from Wiretap records http://wiretaprecords.limitedrun.com/products/622992-get-married-songs-for-the-sleepless-12-lp