AJJ, or Andrew Jackson Jihad (as they were once known) is a name I’ve been aware of for some long number of years now (they’ve been around since 2004), but they are a band I’d never listened to for whatever reason. Realistically, there isn’t a reason, though. I just never had the opportunity. I mean I could’ve sought them out, but I didn’t. Yep yep. Cool story, bro. Anyways, these guys are a political folk/punk combo from Arizona.

Are the songs collected here actually lost works? Well, according to the press release, some of these are unreleased (which I guess counts) and other are live favourites, others only previously available on vinyl, and others are alternate versions. So, er, draw your own conclusions I suppose.

Having never listened to AJJ before, I can’t really advise the casual reader as to whether or not this collection is a good starting point for AJJ. All I suppose I can do is offer up my opinion to you lucky, lucky people. If such a thing as an Apathy & Exhaustion nerd existed, I’m sure that they would point out that Mike Avery reviewed AJJ’s 2016 full length album The Bible 2. He didn’t like it that much, but then again he only likes 80s hardcore punk such as the Minutemen and Flipper, and er, Queen.

Anyways, before I waste any more of your precious time by waffling, let’s get to it. I don’t usuaaly tend to do a track by track run through, but it somehow feels appropriate here. At least in terms of helping ME get MY head around this!! 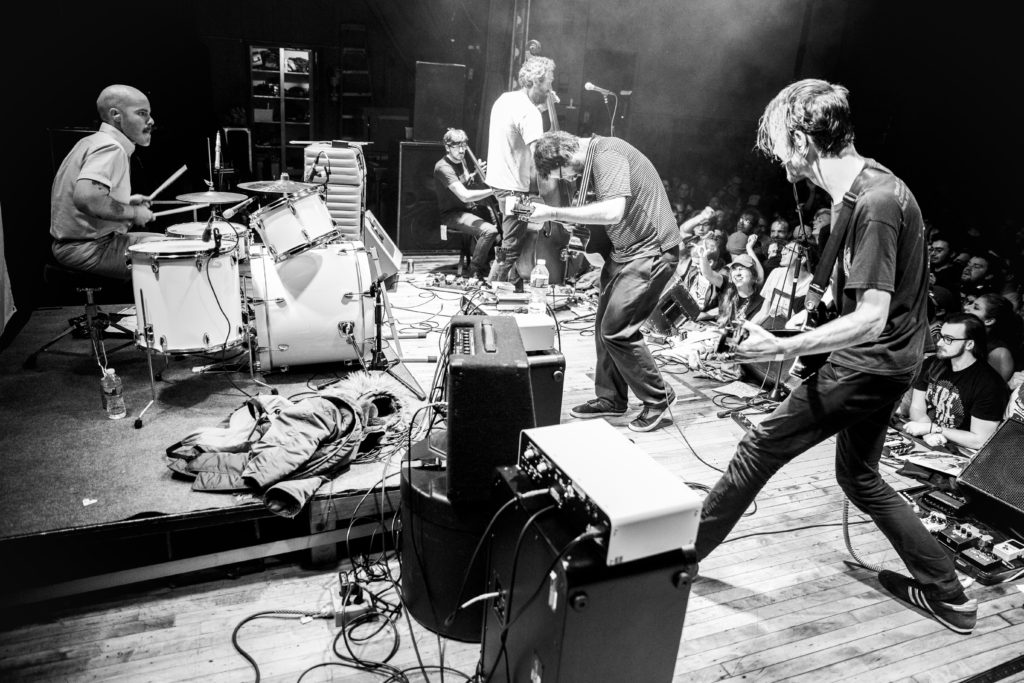 The record opens with Space and Time which made me think of Pavement’s more country-fried moments and also features some word play referencing Nine Inch Nails song titles and lyrics. The pace picks up somewhat with Kokopelli Face Tattoo with a feel of The Weakerthans meets The Lemonheads. With Do, Re, Me I start to get the feeling that this thing is going to be all over the map, mate. It sounds kinda like the Beach Boys with a shit drum machine backing track covering that most self-indulgent of bands, The Flaming Lips in their Yoshimi Battles The Pink Robotsperiod. Annoying. Blood, Hatred, Money, and Rage has a grandiose punk singer goes acoustic feel, along the lines of Tim Barry or Chuck Ragan, only with an outrageously overblown piano style lead.

Keep Chooglin’ seems to sound somewhere between This Bike is a Pipebomb and Death Cab for Cutie. And it’s marvellous. Brainbody, however, sounds like a demo of The Calendar Hung Itself by Bright Eyes, recorded on a melted cassette tape. It’s jarringly awful by contrast. Thankfully Now I’m at the Top of my Game is an improvement on the previous number, with an off-kilter indie vibe.

Christmas Island is a nice bit of acoustica, and again we’ve got some interesting word play, this time reworking Stevie Wonder’s Higher Ground into a veritable obelisk of dark majesty which spells out the eventual demise of the planet. It’s fucking awesome, dude. Getting Naked & Playing With Guns, as well as referencing my two favourite activities, has a similar stylistic feel to the previous number, yet is delivered in something of a more humorous way. Darkly humorous of course, rather than specifically ringing out the death knell for humanity. Tenth track, Junkie Church is another acoustic number, but with yet another vibe to it. I know already referenced The Weakerthans, but imagine John K. Samson playing a Ramallah song: it’s got that really vivid, squalid, no holds barred imagery that is White Trash Rob’s trademark.

The final leg of the collection is comprised of The Final Cut – again I’m put in mind of Bright Eyes here, but in a totally different way; this time capturing the essence of I’m Wide Awake, It’s Morning. Yeah, kinda like that meets fucking November Rain by Guns n’ Roses, mate. Complete with over the top epic solo. Genius. The actual final cut is entitled I Miss You is a jaunty number, and our protagonist is on yet another word play trip, and evokes Modest Mouse jamming out Reinventing Axl Rose era Against Me! ditties. It’s a most triumphant ending to a rather varied and unusual assortment of songs.

By way of concluding this, as I feel like it’s getting a bit long-winded now, this collection has it’s poor moments, it’s confusing and confused moments. These are offset by flashes of inspired genius, though, which have left me feeling a need to find out more about this band. I’m left feeling unexpectedly excited by this, although due to the moments I either didn’t like or plain didn’t get, I’m only able to award this a Tony of Nurgle rating of 7/10

Check it yo’self on the player below:

You can get a digital download from the AJJ bandcamp page or hook up a physical copy through the sideonedummy webstore on a variety of colourways, or even as part of a bundle.