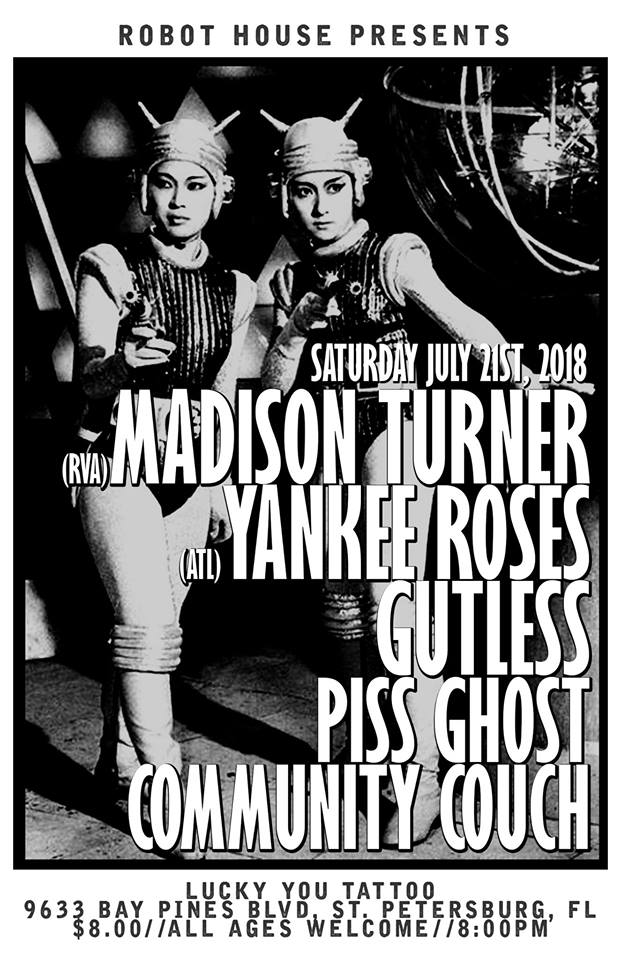 In order to be punk, I have gone almost all of this year without working.  It’s allowed me to do a bunch of cool stuff, including write over twenty mighty musical manifesto morsels of the kind that you are about to enjoy, and go on several physically demanding activist benders.  The problem of course is that there are limits to how long most of us can live on the cheap, no matter our willingness to skirt around the long arms and “persuasive” messages of advertisers.  And so it is that I find myself missing tonight’s two opening bands due to a mass transit miscalculation, a ferocious lack of rideshare funds, and a level of social anxiety that — if all the songs about it are to be believed — appears to be widespread in our freakish community, leaving me with no-one I feel I can contact for a favour.

And of course they both sound really fucking good on record.  Local ukulele punk Stove is part of the anxiety-soothing Community Couch (presumably, the next project will involve the kitchen sink).  Listening to their tunes is part Brian Sella of The Front Bottoms, the ballads of Matt Pryor, and so much Daniel Johnston. The band have a Southeastern tour in mid-September, and they’ll be back at Lucky You Tattoo on August 30th to record a video.  I continue to be gutted with the lost chance of seeing Gutless, because they and their haunting, mid-tempo, Gainesville happy sad punk don’t appear to have plans to come back to our peninsula anytime soon.  Multi-instrumentalist singer V. Viana seems to provide some proper Off With Their Heads rawness. 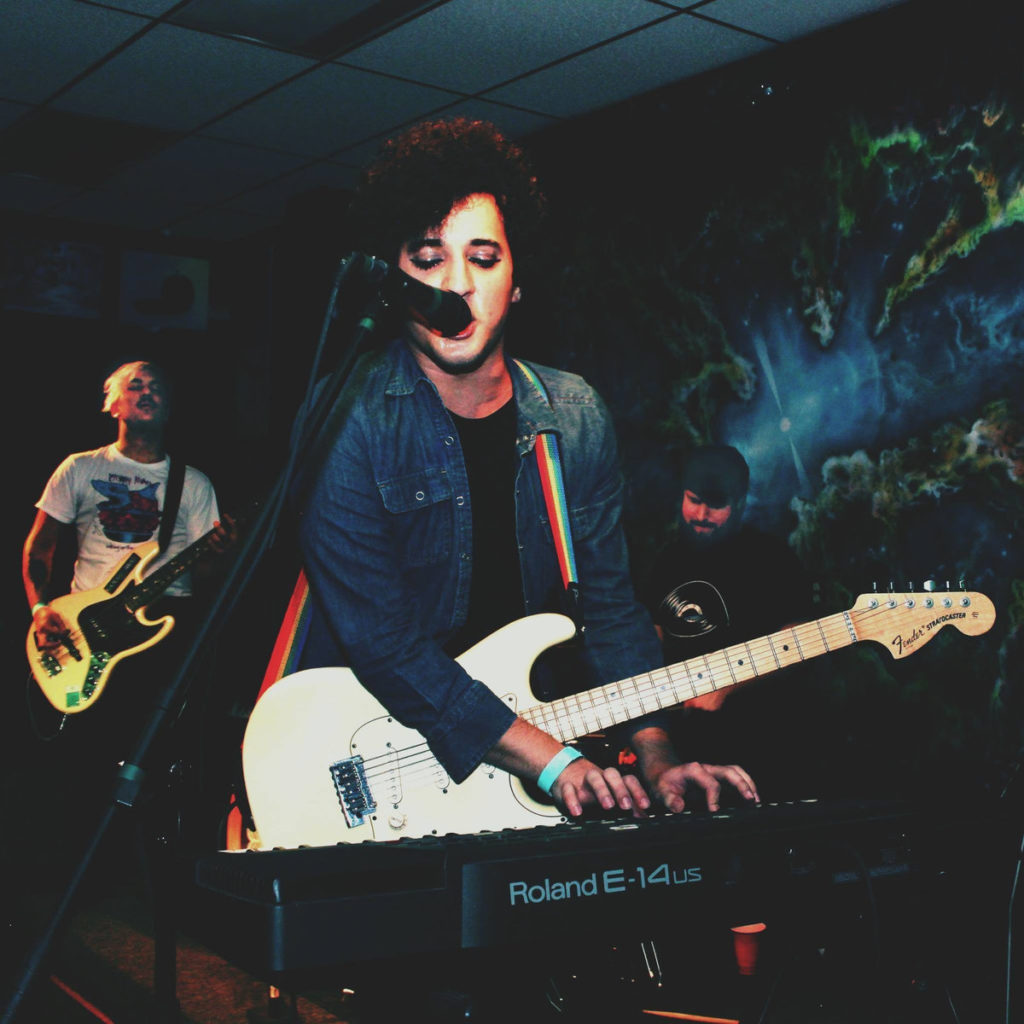 My disappointment is thankfully short lived, with the delightful performance of Yankee Roses.  He tells us that the set will have “lots of G’s” because those are his initials (George Geanuracos).  Thankfully for our wimpy generation, it’s more Greg Graffin’s folk albums than the ghost of GG Allin.  With humour, charm, elegance, grit and many false endings, this David Rovics-like artist brings both bread and roses.  He expresses unhappiness with a company not well known for its labour relations, Wendy’s, and their behaviour on the internet (referring, I believe, to the fast food chains’ dropping of a crappy trap mixtape earlier this year, proving once and for all that corporations are people).  Having politely asked once, Yankee Roses bellows mid-song at us to “DO A SOLO!!,” to which we obediently baa baa like sheep in a nursery rhyme.  He’s currently donating his music profits to locales ravaged by climate change-charged hurricanes, which obviously includes his hometown of Miami.  Now living in Atlanta, the man’s gotten around, as showcased by the beautiful New England Grey about home being wherever you need it to be; a good message for this restless Flaux-ridian to hear (also reminiscent of my recent trip north, he then performs a song about heroin).  His brand new Summer 2018 EP is available for pay-what-you-like on bandcamp. 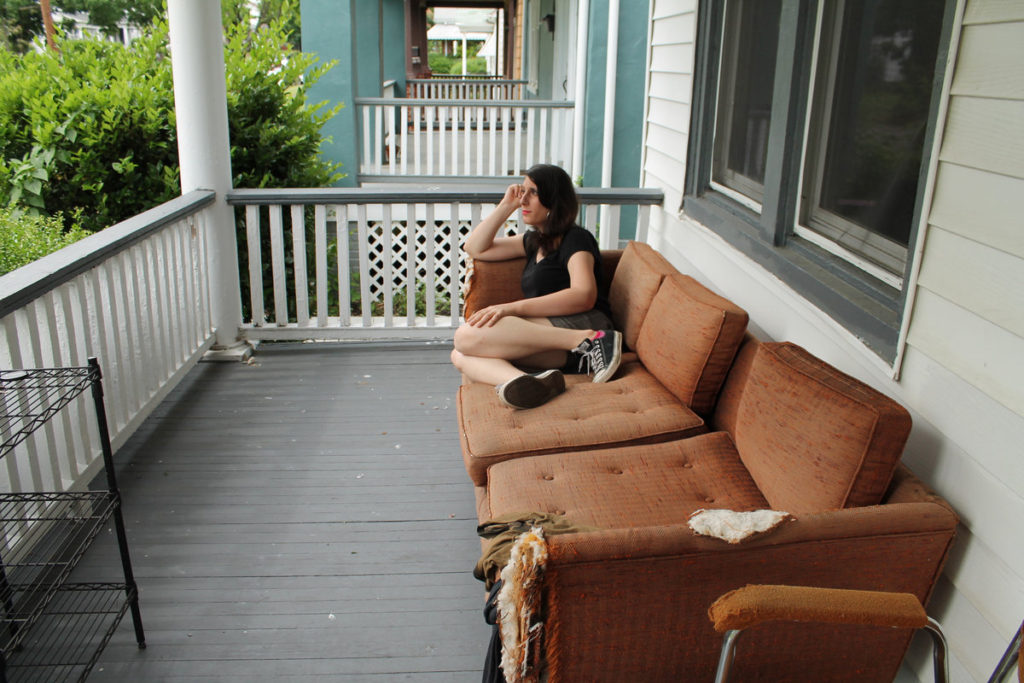 Yankee Roses migrates a few feet across the stage to perform with Madison Turner, someone who also knows a few things about moving.  The Tampa-born musician left the area 5 years ago for the healthcare-providing shores of Oregon.  She then spent eighteen months couchsurfing, keeping herself punk poor (for the healthcare) and in that time wrote the album A Comprehensive Guide To Burning Out, which seems like a pretty decent description for a society where people are forced to make these sorts of decisions.  Turner’s opening song is Small Talk — the first track from the album — and its grand rock volume works fantastically in this small room.  For that I thank the presence of her full studio recording band, together for the only time on this tour.  At times they’ve got the low key but powerful delivery of The Promise Ring, at others, Yankee Roses on the fiddle mixed with Turner’s naked emotion provides some live Defiance, Ohio memories, and damn, they were a fun live band.  Perhaps if she’s been there, Turner could write something named after them, in the vein of Portland, Oregon and Richmond, Virginia (the latter of which is performed tonight).  And perhaps I could stop trying to live vicariously through other people’s tales like a car-despising sad sack.  As fortunate as I feel to have seen this unique presentation of the album, I’d like to see the stripped down version too.

Piss Ghost are living the mobility dream, spending the first week of August doing some dates in North Carolina, Georgia and northern Florida, and thisheadlining event — their first gig in 7 months — seeks to warm them up.  No doubt they’ll come back from this punk rock odyssey dreaming, as their new song states, of Simpler Times, like when you could throw out one piss-poor sentence describing a new band, lose the photo that the capsule review was written to accompany, and still call yourself a music journalist of some calibre. 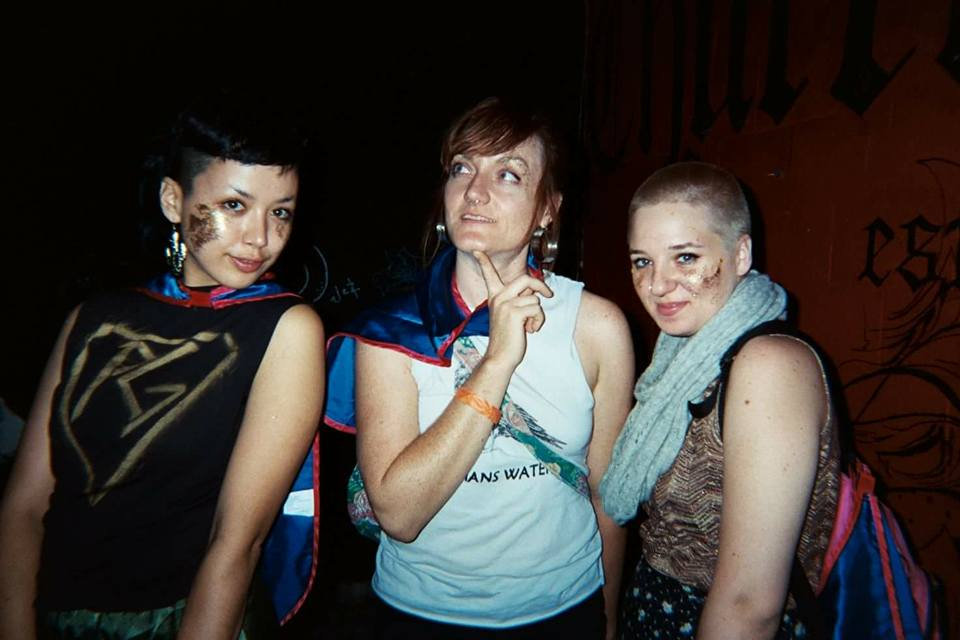 When Piss Ghost aren’t inserting icy lo-fi sounds into their garage rock (particularly through Keeli’s bass lines), they’re delivering bits of summery guitar on a par with Beach Slang, with Laura’s middling volume vocals resting among it all.  They’re also being really funny, with any ghosts in the audience coming close to pissing themselves.  “Today I got injured playing hacky sack” Laura tells us, which explains drummer Susan’s colourful round earrings.  Audience call and response: “You Can’t Piss On Hospitality/We won’t allow it!”  Fuck Yr Queso becomes fuck yr crapitalism.  There is no way that in the face of such entertainment that there can be any pissed ghosts of any kind this evening, and that works in both senses, cause there’s no alcohol at Lucky You.  Which I bet is never a problem at their guitarist’s house: “I live in a converted refrigerator.”  Sounds like a good place to move.