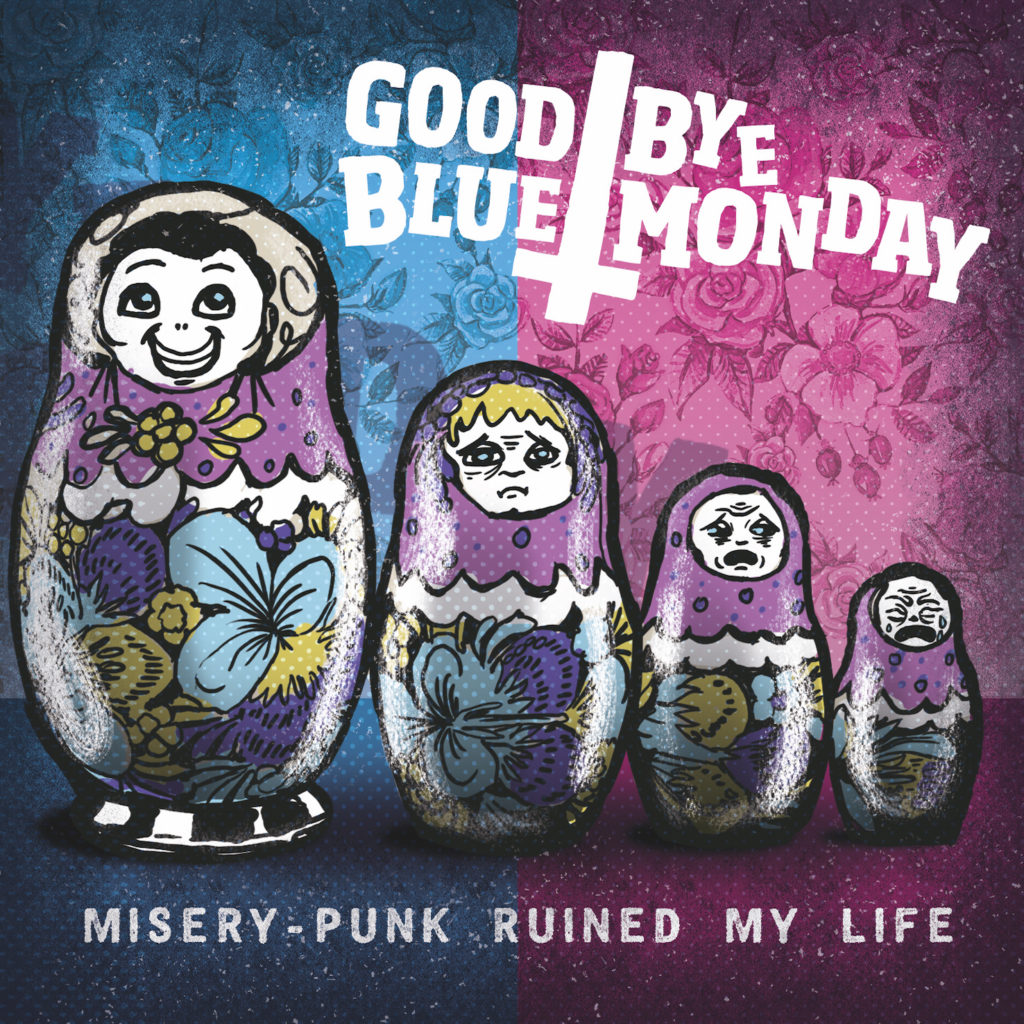 Goodbye Blue Monday hail from bonny Scotland, and this 3 song EP was released at the end of June. It’s a follow-up to their previous release, The Sickness, The Shame which came out early last year. I’ve been made aware of this by new internet buddy (and sometime A+E reader), Lauren Mills, who runs Mills on Wheels PR in Florida. Shout out Lauren! 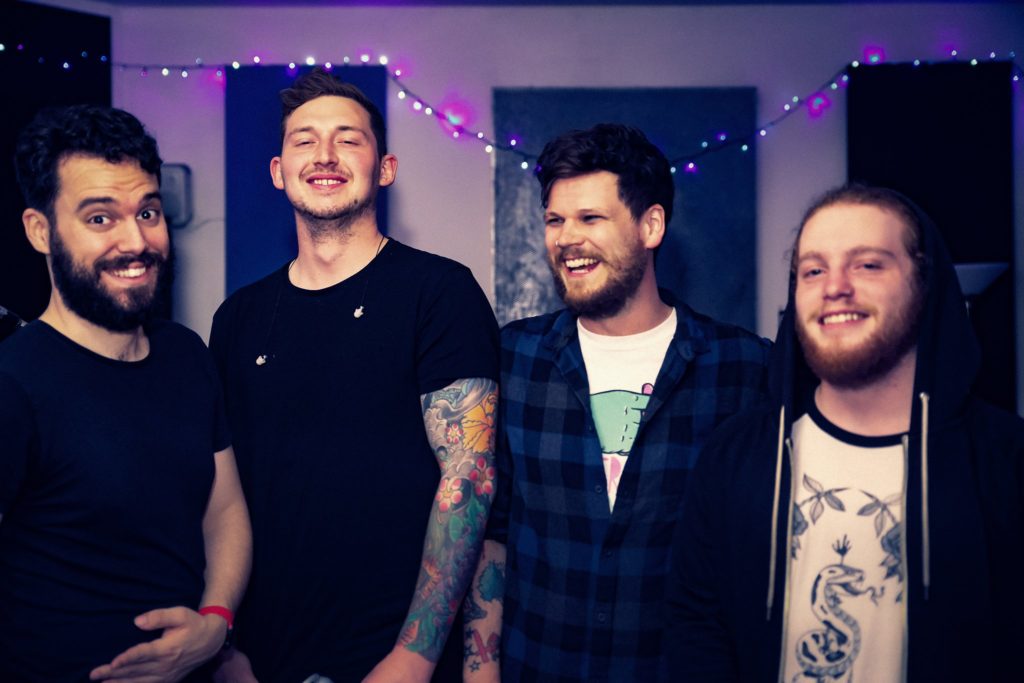 These lads play finely crafted grufty melodic punk in a similar vein to Iron Chic and Arms Aloft. There is also more than a casual nod to mid-west punk heroes such as Off With Their Heads and Pegboy, not to mention the rugged yet poppy antics of Witches With Dicks and The Slow Death.
The vocal here squats menacingly between that of Ryan Young (Off With Their Heads) and Bill McFadden (The Beltones), and serves as the perfect vehicle for these bitter, angst ridden forays into the mental health issues of the protagonist, with sympathetic reflections on living with bipolar disorder and anxiety, and the effects that these issues can have on day to day life, particularly when cast against the backdrop of societal constructs such as work and relationships. This is pretty much as solid as anything I’ve heard recently. I strongly recommend that you get on this. ASAP.
Tony of Nurgle Rating: 9.5/10.

You can get it on CD for £4 or digital download on a name your price basis from the Goodbye Blue Monday bandcamp page. But obviously don’t be a tight-arse – bung them a few quid, mate. 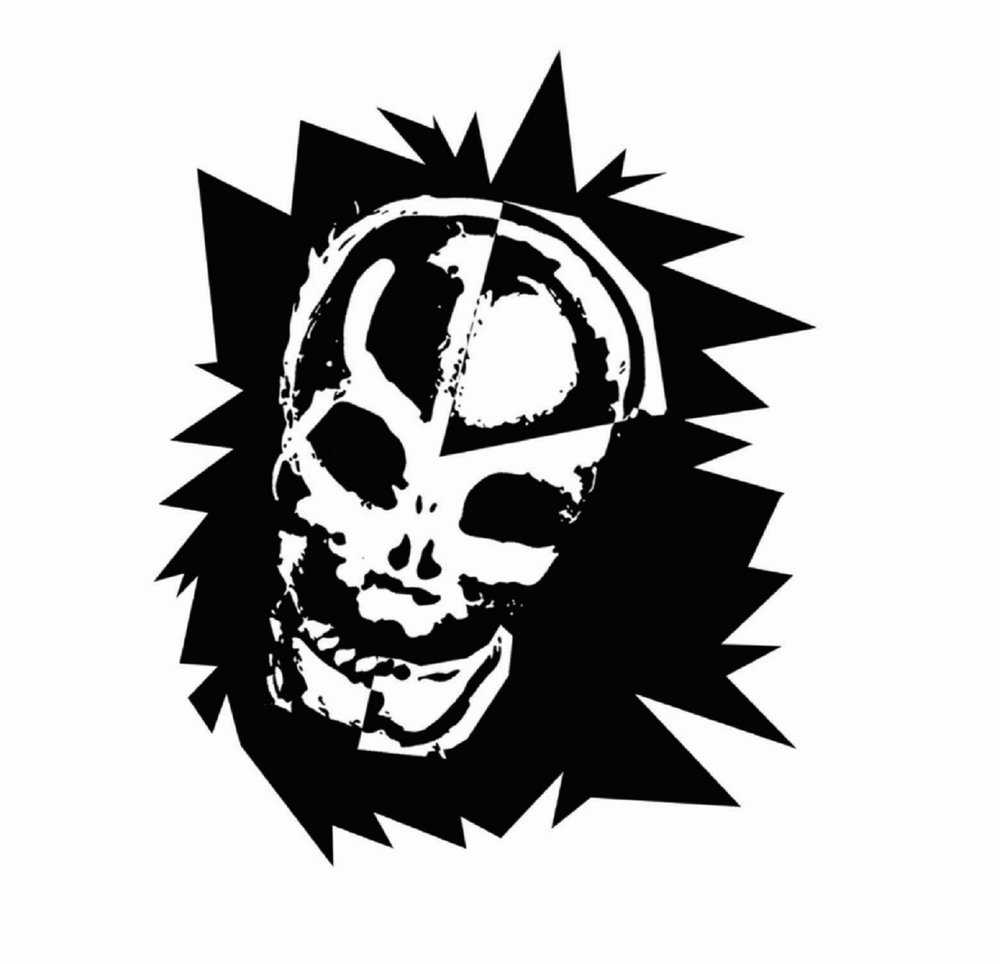 Hector from Spider (he also runs music licensing for Epitaph and Hellcat Records) hit me up the other day to see if I could review their EP (which came out last year), ahead of a short string of UK live dates, also taking in the Rebellion Festival in Blackpool this weekend. As life has been pretty busy for me recently, this is gonna end up being pretty short notice. Anyways, I said I’d do what I can to help. 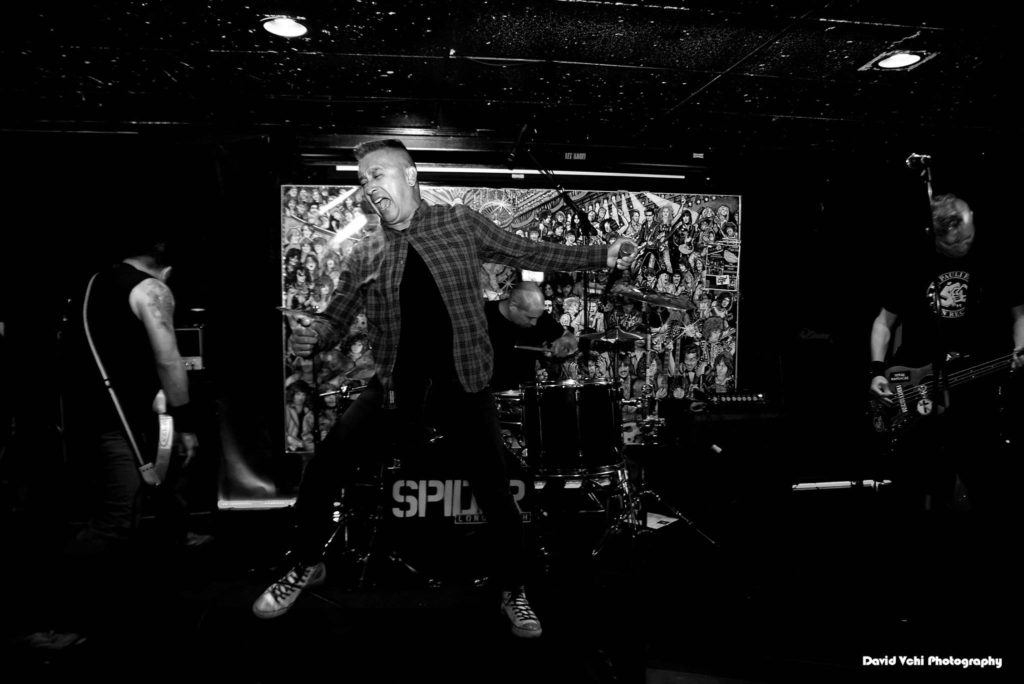 Spider are from LA, and have a gnarly 80s punk thing going on that sounds somewhere in the region of the s/t Adolescents record, Dead Kennedys and Dag Nasty. There’s also a really cool feel of vintage crossover thrash interlaced with this that brings to mind Cro-Mags and Suicidal Tendencies. The sound is rounded out with an almost horror punk vocal flavour along the lines of Nerve Agents or, say AFI but y’know, not all screeching like Davey Havok… I get the impression that these guys will really rip it up live.
Tony of Nurgle Rating: 8.5/10

Check the EP on the Soundcloud player below:

The EP is available from the Spider webstore, along with some other cool shit (they have signature Vans slip-ons, for example, mate). 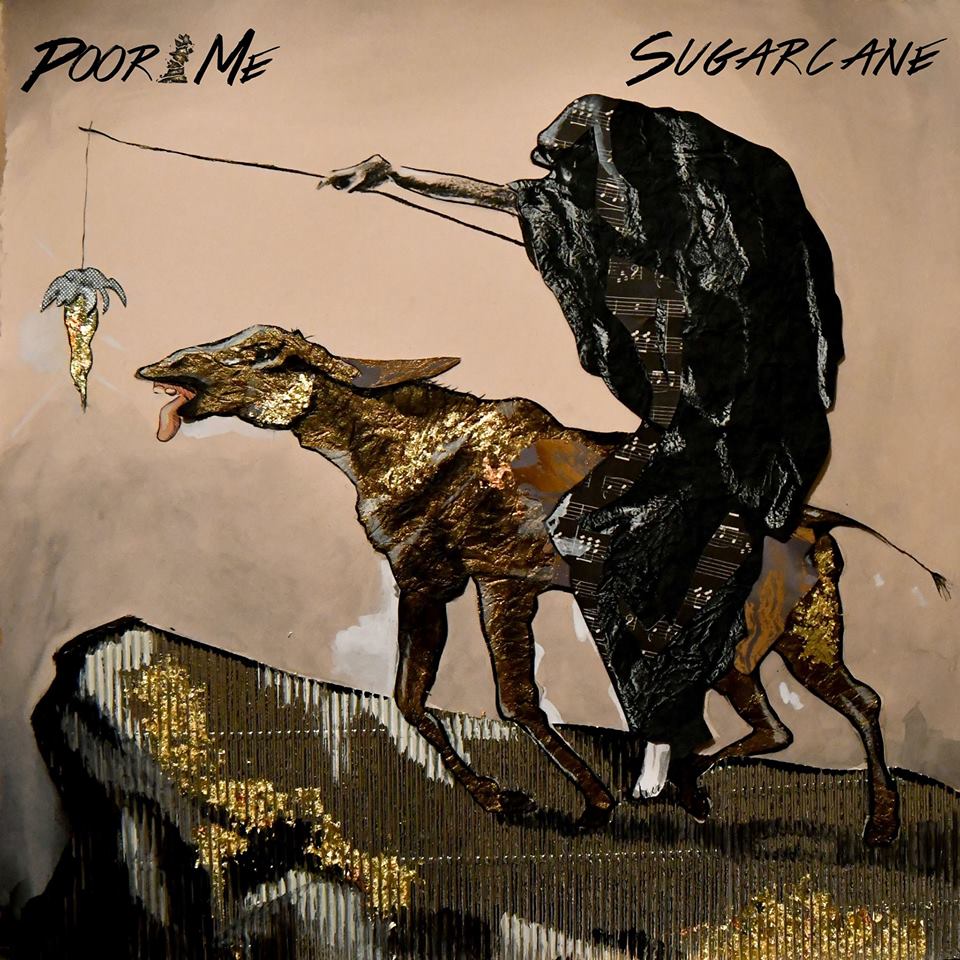 Poor Me are from Denver, Colorado, and are a 5 piece combo. Sugarcane is their third release, following on from Readymade and Cosplay. On first listen, I can’t say I was overly keen on this, having in places found it to be a bit melodramatic for my tastes. However, as dedicated to this stupid website as I am, I persevered and gave it some more listens through.

First track, So, Brother kind of reminded me of Lagwagon around their Double Plaidinum era and I kinda dig that. The second track, Mistakes Can Be Made kind of strays into an Alkaline Trio type territory (think From Here to Infirmary) before lapsing into some kind of quasi-Victory Records style metalcore influenced crescendo, which I found to be a bit of a turn-off. This fed into what I will from now on refer to as “the dramatic section” of the record, comprising the title track Sugarcane (think AFI after they were any good, particularly that awful Girl’s Not Grey song) and Papa Tells Me which again starts veering into that whole Victory / Trustkill style commercial emo/metalcore level of banality that just makes me want to blow my brains out. 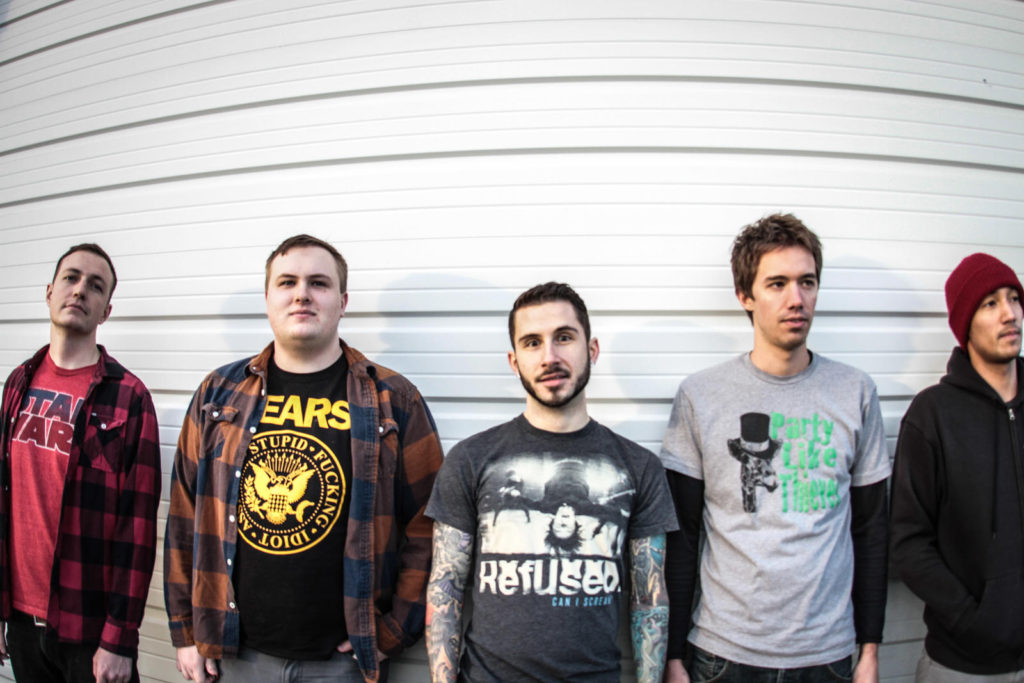 Closing number, Perpetrators seems to change things up a bit, in a more appealing direction. This one feels a bit more like the big anthemic numbers Nothington and Hot Water Music tend to knock out. Alas, yet again, it all gets a bit overly dramatic toward the middle section of the track and it just feels a bit off-putting. Kind of reminds me of those bands I really don’t like, The Menzingers and The Flatliners, those enduring monuments to mediocrity that they are. I can’t help but feel that Poor Me would be better served by deciding what it is that they want to do, and, y’know, just do it. Because this feels kind of disjointed to me despite having been professionally put together, and the musicianship being perfectly competent as far as I can tell. I’m just left feeling a bit dissatisfied as there are some truly good moments in this recording that I feel can make a solid foundation for the band in the future.
Tony of Nurgle rating: 5.5/10

You can hear the title track on the bandcamp player below: