Astpai is a name I’ve been hearing for a good few years now. They are yet another example of a band I didn’t get around to checking out. So in terms of basic background, Astpai are an Austrian melodic punk band from Wiener Neustadt, and True Capacity is their fifth studio album. They’ve been around for a considerable amount of time now, with their first show having taken place in 2001. These dudes are total veterans, then. You can check out what I assume (was previous to this release at least) their full back catalogue on bandcamp

It seems like people in the UK that actually leave the house for purposes other than going to work may well have seen Astpai on these shores in support of A Wilhelm Scream, RX Bandits and The Smith Street Band amongst others. They seem to have been pretty busy asides from that too, with some fairly extensive touring taking place in the US and Canada, as well as Europe. And releasing records, of course.

Apparently Astpai have worked with Chris Cresswell of the Flatliners for the vocal production on this record. Before going into this I had absolutely nothing to use as a reference point, so are the vocals any better or worse for the attentions of the singer of one of Canada’s most boring bands? I had no idea before today. If I’m honest, after a scan through some of the older material, personally I preferred Zock’s voice before, particularly on the Heart to Grow album.

Thematically speaking, there’s a concept behind the title of and subject matter contained in this record. True Capacity seemingly refers to the capacity of the human brain to hold and to continue to absorb information (whether useful or useless); and indeed how this would compare to something soulless like a computer’s hard drive. What kind of impact does this have on a person’s sanity and happiness when they feel at full stretch? An interesting idea. Singer, Zock, has had some dark moments relating to this. No wonder then, that he seems at times to have a somewhat jaundiced view of the world.

So I mentioned before that these guys are a melodic punk band. But what’s this like then? For the most part, the songs here are way beyond the 2 minute mark, with seven of the ten tracks here clocking in at over 3 ½ minutes, and only one clocking in at less than 3 minutes. For me, songs of this length tend to be a bit baggier around the sides than is ideal or necessary for a punk band. There are of course exceptions to this. 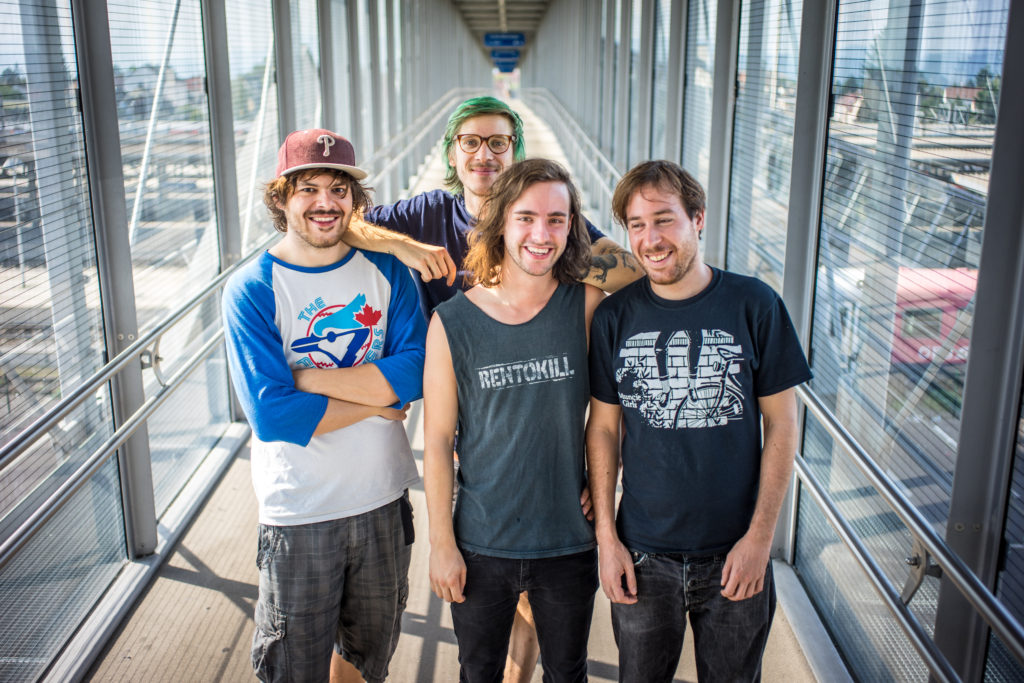 Soundwise, this heavily reminds me of the Samiam, Texas is the Reason and Jawbreaker. However, there is also another dimension to the sound on this record that puts me a bit in mind of stuff like No Trigger’s Canyoneer album. To be honest the tendency to veer into the world of techy punk doesn’t do it for me so much – I’d go as far as to say it detracts from the record. Again taking the Heart to Grow album as an example, that record really sounds like a band that have really hit their stride and nailed down their sound.

Don’t get me wrong, there clearly is a place for that techy punk thing, and loads of people (mainly guitar nerds) seem to love it. It’s just not especially for me – I’m kind of pleased people can do that techy shit, but does it tend to make for good songs? Not usually, in my experience. And I’m not sure combining tech punk and melodic punk is much of a turn on for me personally. True Capacity is a reasonable enough record, but I can’t really see myself putting it on very often to be fair. Tony of Nurgle rating 6.5/10

You can check out the record for yourself in full on the bandcamp player below and make up your own mind:

You can pick this up on CD, a variety of vinyl LP versions, digital download and bundle packs on the Shield Recordings bandcamp page https://shieldrecordings.bandcamp.com/album/astpai-true-capacity