Looking at the band name and the record title, you might expect this to be some kind of epic and sludgy stoner rock epic that would resonate through your being and shroud you in a pall of virtual dope smoke. However, this is not the case. Gloom Sleeper play post punk and are from Bielefeld, Germany. Luminous Galaxies is their second full length, following on from their debut, A Void, which came out in 2016 via Per Koro Records /Contraszt! Records / COLOSSUS Tapes on cassette tape and LP.

The core of the sound here is ‘danceable’ post-punk with a synth backing. I’ve said before in other reviews that I’m not especially clued up on the whole post-punk thing, but rather than retreading old ground I’ll try an explain what I hear in it and what I like about it. I think that a fair amount of the post-punk stuff I’ve had for review has made me more receptive to this style of music, and I’m beginning to get more of a feel for what I do and don’t like. Some stuff can feel both a bit laboured and lacking in its own identity to me. Some stuff I feel I like but don’t feel overly compelled to give repeated listens to. 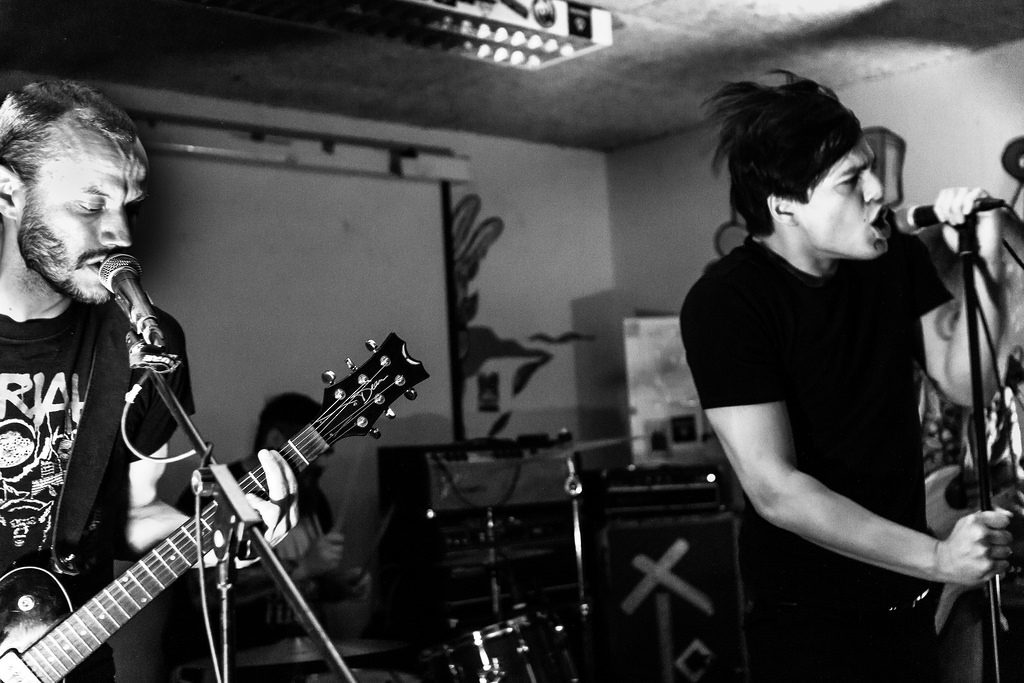 With Luminous Galaxies, Gloom Sleeper seem to have made a record that I feel is fairly compelling. They’ve made a great job of replicating that ‘vintage’ cold war era sound, but rather than feeling overbearingly cold and bleak, there’s an odd, uplifting warmth to the music that allows their brand of melancholia to penetrate deep in an almost stealthily insidious way. Although the vocal often sounds elated, I feel like it acts as a vehicle for a rich and paranoid feeling aspect of despair. That’s not to say Luminous Galaxies is without it’s more ponderous, interludes such as album closer Echoes,for example, which brings to mind Echo & The Bunnymen’s classic Killing Moon from the Ocean Rain album. Oddly, as a minor aside, the backing vocals on that particular number put me in mind of those in Should I Stay or Should I Go by The Clash. 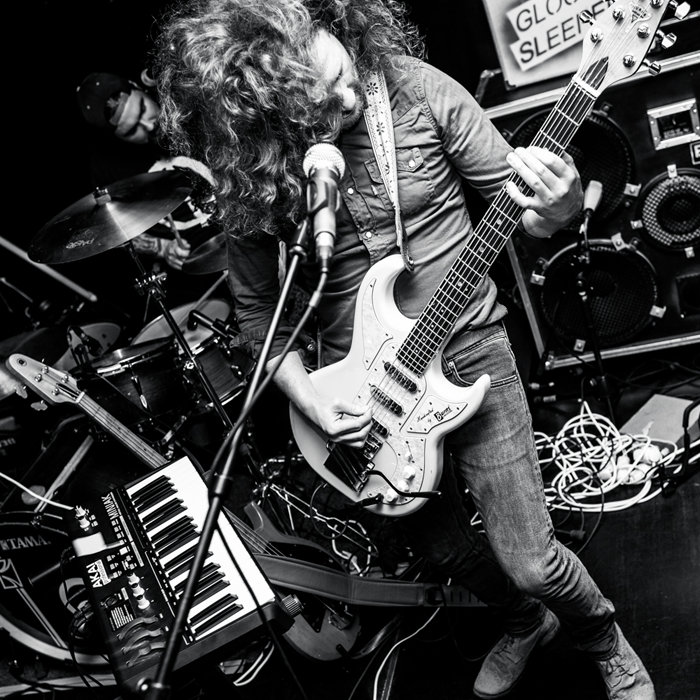 The vibe here for me sits somewhere between Q & Not U (without the self-indulgent navel-gazing and irritating ‘artiness’), The Cure and of course populist Joy Division fanciers, Interpol. The drumming here is great – bombastic and powerful – something that I often find a bit lacking in post-punk, and the synths add to and embellish the texture of the music, rather than completely overpowering it (Sex Tourists – I’m looking at YOU).

My top cuts from this record are probably City of Unrest, Perceptions, Gravity (the three of which compose a really solid middle section to this opus), and Echoes. Tony of Nurgle rating: 8.5/10

Check this out on the player below: