Well, well, well. It’s safe to say I wasn’t expecting this. I’ve talked before on this blog / webzine about how one of the first punk rock albums I ever heard was Pennywise’s s/t record (Epitaph, 1991) on one side of a tape that was backed with NOFX’s White Trash, Two Heebs and a Bean. Looking back at that account, it seems I neglected to mention that the tape was unlabelled and had no tracklisting and just given to me by Damian Long’s big brother (whose name I can’t remember for shit, it was1992/93 so at best 25 years ago – for argument’s sake I’ll just call him “Marvin”) with a “listen to this” instruction. He also went to the bar for me in Players in Wakefield and got me my first bottle of Newky Brown (Newcastle Brown Ale) when I was like 15 or some shit. Thus began my on and off love affair with skate punk.

Thereafter followed a bit of a gap until About Time dropped in 1995, and I got fully caught up the Pennywise back catalogue and finally found out just who was on that tape… It was that year that I saw Pennywise live for the first time at Reading Festival. I say “saw” but realistically, the day was dry as fuck (it had been dry and baking hot for days), and there was just a massive dust cloud hanging in the air stage front, and occasionally a stray limb or head would appear. They opened up with a cover of Territorial Pissings by Nirvana, and there was a stage invasion. It was coolest shit I’d ever seen. NOFX were also supposed to do a set, but El Hefe had broken his finger back stage (unsure if it was on that actual day or at a previous show) – they still did Kill All the White Man, with El Hefe on trumpet, but was it. Pretty cool. I can remember some dude that was with us called Miserable Rob (verily) being heartbroken, as he’d just gone along to see NOFX. 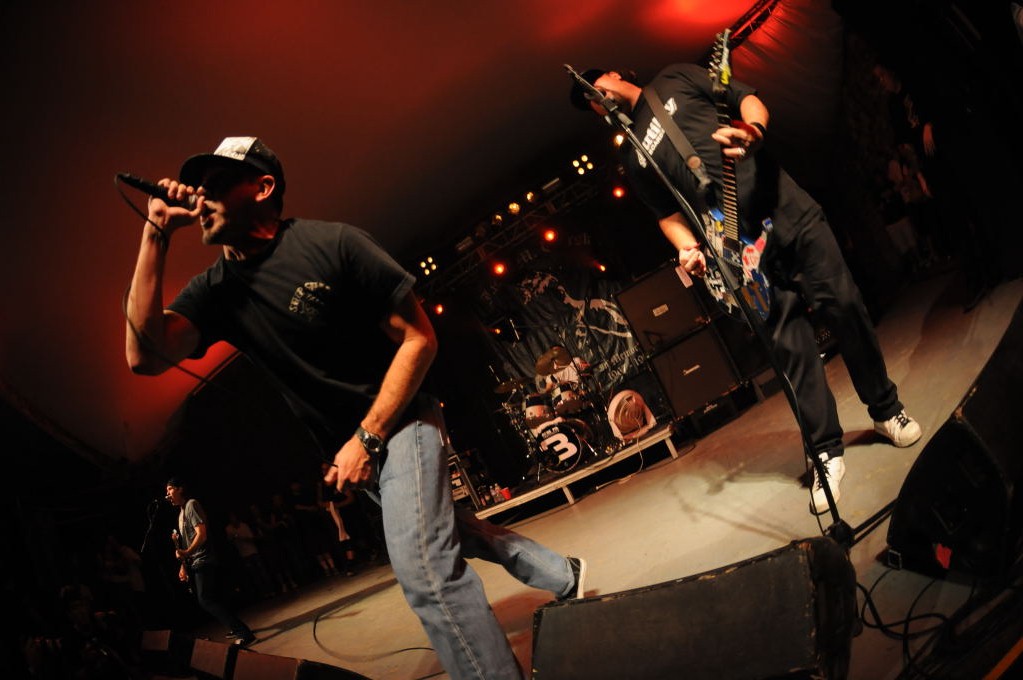 Anyways, those first four Pennywise albums obviously ripped. For me, the last decent one was Full Circle in 1997. I kind of fell out of love Pennywise when Straight Ahead dropped in 1999. It just didn’t do the business for me. Land of the Free I thought kind of sucked. Don’t get me wrong, lots of people I knew at that time loved those records, and I’d still be playing cuts from them at the infamous “Thursday punk room at Jilly’s Rockworld” in Manchester, including the excruciating Fuck Authority which against their better judgement people seemed to love for some reason. Apologies of the most heartfelt kind to any members of Pennywise reading this article for insulting your work, by the way. But yeah, I really stopped paying attention to the band around that point. I had no idea they had even done an album with the singer from Ignite (Zoltán “Zoli” Téglás) until about a week ago. I checked it out, and thought it was reasonable… Jim Lindberg is now back on vocals for a second album since rejoining. That demonstrates how out of the loop I was.

I saw on the old social media feed that Pennywise had dropped a new track, Never Gonna Die, and I thought I’d check it out for old times’ sake. And I’m so fucking glad I did – even though I was expecting something a bit stale it blew me clear out of my socks. This shit slapped HARD, brethren. Immediately I found myself being taken back to those years of being super-stoked on Pennywise and skating, and all those skate sessions back in the day with Crazy Jason and co. Soon after, I found myself tapping Epitaph up to review the new album, also called Never Gonna Die. There I was at 40 years of age feeling pretty excited, but also kind of nervous – what if the rest of it was bad?
It turns out that I had little to fear. Never Gonna Die is the sound of a band reforged anew, almost in their own classic image (excepting line-up changes, and a fallen brother – R.I.P Jason M. Thirsk). It blows my mind that these guys are still able to play this fast and tight given that they are in their early 50s by this point. Not that age should necessarily be an obstacle to playing fast (check MDC for example, those guys must be around the 60 mark). It does remind me that in the late 90s / early 2000s a lot of people were talking about Fletcher Dragge having arthritis in his hands and wrists, and that’s why they couldn’t play fast anymore. Hearing this, that’s clearly not the case. 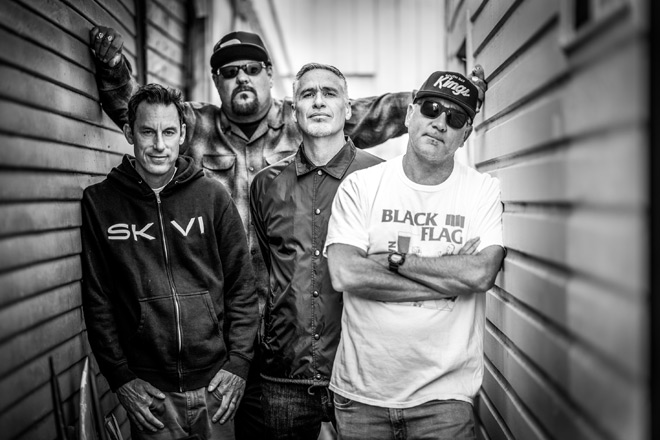 The thing with the classic Pennywise sound (in my opinion) is that you can tell instantly that you are listening to Pennywise. The songs kinda sound the same, but in a really enjoyable way. These guys are like the archetypal skate punk band. To my mind, those first Pennywise four records perfectly encapsulate that style and sound. And this record is a total throwback to that time and place. I’m feeling oddly emotional; like I’ve reacquainted myself with a long lost and much loved friend, only the things you loved about them back in the day are more in evidence than ever before.

Thematically, as it’s Pennywise, we’re talking the usual. Positive mental attitude, looking out for your friends, picking people up when they are down and out, cleaning up your act, obituaries for fallen comrades, and of course taking on the socio-political issues of the day (check the Trump sound bites in Can’t Save You Now). But, y’know, that’s what you listen to Pennywise for, right? These things set to an ass-kicking soundtrack.

Soundwise, I’d say we are definitely talking in terms of About Time and Full Circle territory here. The production even seems in places to hint at (but not fully embrace) that distinct tin shack sound of Full Circle sound, but I suppose with the benefit of a modern studio it sounds as rich and meaty as fuck. There is something about Fletcher’s guitar lines on this record that really put me in mind of those of Luke Pabich from Good Riddance. It’s this distinct quality that causes me to imagine the sound sharks would make if they played guitar. I’m aware that makes me sound like a total simpleton, but I can live with that. There’s also a hint of Bad Religion, but everybody knows to expect that right?

This is hard hitting, anthemic skate punk as you want it to be. My choice cuts here (in no particular order) are: Never Gonna Die; Listen; Something New (which reminds me in a funny way of Fight Til You Die); Live While You Can; We Set Fire; She Said (which I feel is this record’s Bro Hymn); and A Little Hope. Realistically, though there are no particularly duff tracks on this album – something that pleases and surprises me in equal measure.

This is more than worthy of a Tony of Nurgle rating of 10/10. The King is dead. Long live the King. This release is a definite addition to Hall of Amazing Surprise Comeback Records. File next to Hang by Lagwagon.

You can check the whole joint on the Youtube player below.

You can hook this up on LP, CD or as part of a bundle from the Pennywise UK & EU webstore