Those of you that are unfortunate enough to be regular readers of the hallowed pages of Apathy and Exhaustion will doubtless remember my review of the last Wonk Unit album, Mr Splashy, in which I had tried my best to be fair and even-handed, given my acquaintance with Alex and Mark from the band. As it goes, it was a bit of a lengthy review, and took in some of the Wonk history such as previous bands like The Flying Medallions, line-up changes (taking in a guest stint from Duncan Redmonds of Snuff and Guns n’ Wankers fame), where I’d seen Wonk Unit live and so on. So to find out about that stuff, please do visit that link – it saves me repeating myself.

Cool. So, Wonk Unit’s 6th studio album, Terror will be dropping on 20th April, approximately a mere 19 months since Mr Splashy. Basically, you can expect a similar level of variety across these twelve tracks, taking in a wide range of influences (from Revolver era Beatles to Pink Flag era Wire to Blur to Sublime to Placebo to 80s, 90s and 2000s punk) expressed in a selection of styles. So yes, varied.

The record kicks off with indie punk stomper-lite Day Job Wanker, which according to singer Alex, is an ode to “everyone who’s ever tried to quash creativity in us. “Don’t give up your day job”. We’ve all heard it. Us musicians, artists, sportsfolk. Anyone who dares to step outside that which is the conventional norm”.

Check out the full album below:

This is followed swiftly by Christmas in a Crackhouse which oddly put me in mind of Eleanor Rigby by my most hated of bands, The Beatles (from the album of theirs that I can just about tolerate under extreme duress, Revolver). It’s an unusually sinister little ditty dressed up as innocent guitar pop, and seems to be about reminiscing in the shower about spending Christmas in some sort of shooting gallery. If I’m honest, at first I wasn’t overly enamoured of it although it does have a true to life horror feeling about it, and I find myself becoming keener on it with each listen.

Flummoxed More Than Jealous I don’t like that much. In fact it’s the only track here that I truly dislike. The unusual hoe-down / time signature change that follows the Wonder Stuff-esque verses just feels overly jarring and cumbersome, detracting from what I feel could have been a real indie gem. Ride It Out more than compensates for this, putting me in mind of classic Cure, ripping into brash punked-up bridges and choruses. Thank You feels like something of a token ska-reggae number. It’s the type of thing that would normally doubtless annoy me, because as I repeatedly mention in these reviews, I am utterly bereft of all joy and hope. However, I can fully get on board with the ethos of being grateful for what we’ve got. But it’s sunny outside, and it doesn’t have that irritating trait of those “wildstyle” bands of having a white dude singing in a Jamaican accent (if that form of cultural tourism isn’t even just a little bit racist, please explain why). 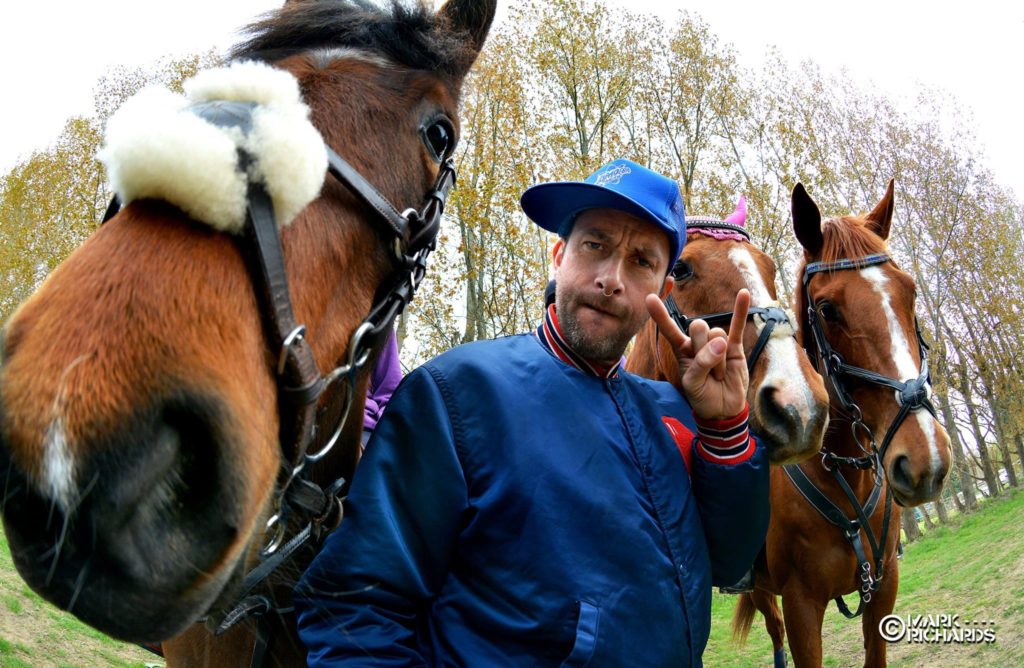 Sixth track, Hope is the point at which I feel this record begins to really hit its stride consistently. There’s a core element of this song that I can relate to all too closely: being part of a couple trying to conceive a child, and seemingly every fucker else is popping them out at a rate of knots (congrats to Alex and Aoefie by the way). As the Rest of the World Sleeps is seemingly about insomnia, or at least those nights where you find yourself awake to no purpose other than to either stew over your worries (or fixate on matters of no importance). As a guy that’s prone to worry and procrastination, and indeed become fixated on stuff to the exclusion of general rationality, I totally get it (“that tortured place behind closed eyes”). It’s the first track on the record that delivers a real dose of driving, manic grit. 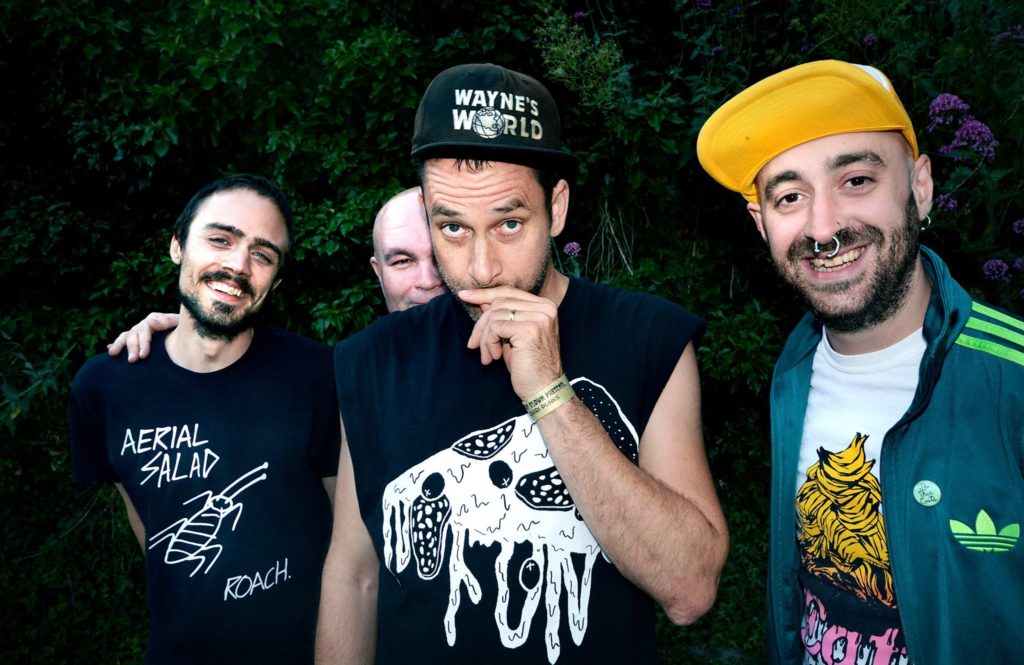 My New Safe Place again seems to return to Wonder Stuff influenced 90s British indie rock, via er, Chas n’ Dave. The theme here seems to be finding some kind of mental anchor-point to ground oneself with; a way to escape from your neuroses. Like the mental equivalent of a “safe word”. What’s your safe word? Mine’s “beefsticks”, or it would be if I had one, at least… Ninth number, Judas Betrayers is another frantic rant; a power chord driven punk rock charger. Alex defines it thus: “It’s about everyone who didn’t vote for Jezza Corbyn (the Blairites etc) saying he’s unelectable. The supposed Labour diehards who are actually Tories. The punks who moan about revolution, but then don’t get off their asses to vote.” Yep, I think we all know people like that.

Faith and She Knows It continue to deliver quality indie-tinged punk rock addressing (to my understanding at least – I’ve not asked) getting through bouts of jealousy (I think specifically about being single and yearning to settle down) and those arrogant “attractive” people that properly fancy themselves respectively. The album closes out with Me & Curtis, which is both the stand-out track on the album, and a reprise version of Christmas in a Crackhouse. It’s amped up and aggro; Alex bellows out this bleak flashback over pummelling rapid-fire drums and belligerent chords. For me, this has way more impact than the original.

This is by far the best thing Wonk Unit have done in years, probably since Trolleys Thank You back in 2013.
Tony of Nurgle rating: 8.5/10

You can get this from Plasterer on LP or CD.