Not that it’ll be news to anyone, but… I really love that typical US hardcore sound from ’79 – ’86. In particular I have a lot of love for the first Black Flag 7ins collected on The First Four Years(SST). I love Keith Morris’ vocals. So by extension I obviously love OFF!, but oddly I’m not overly enamoured of the Circle Jerks. What I’m trying to say in a somewhat roundabout fashion is that the vocal here (not sure which of this trio is responsible for it) reminds me a lot of Keith Morris. So obviously, I’m pretty excited. 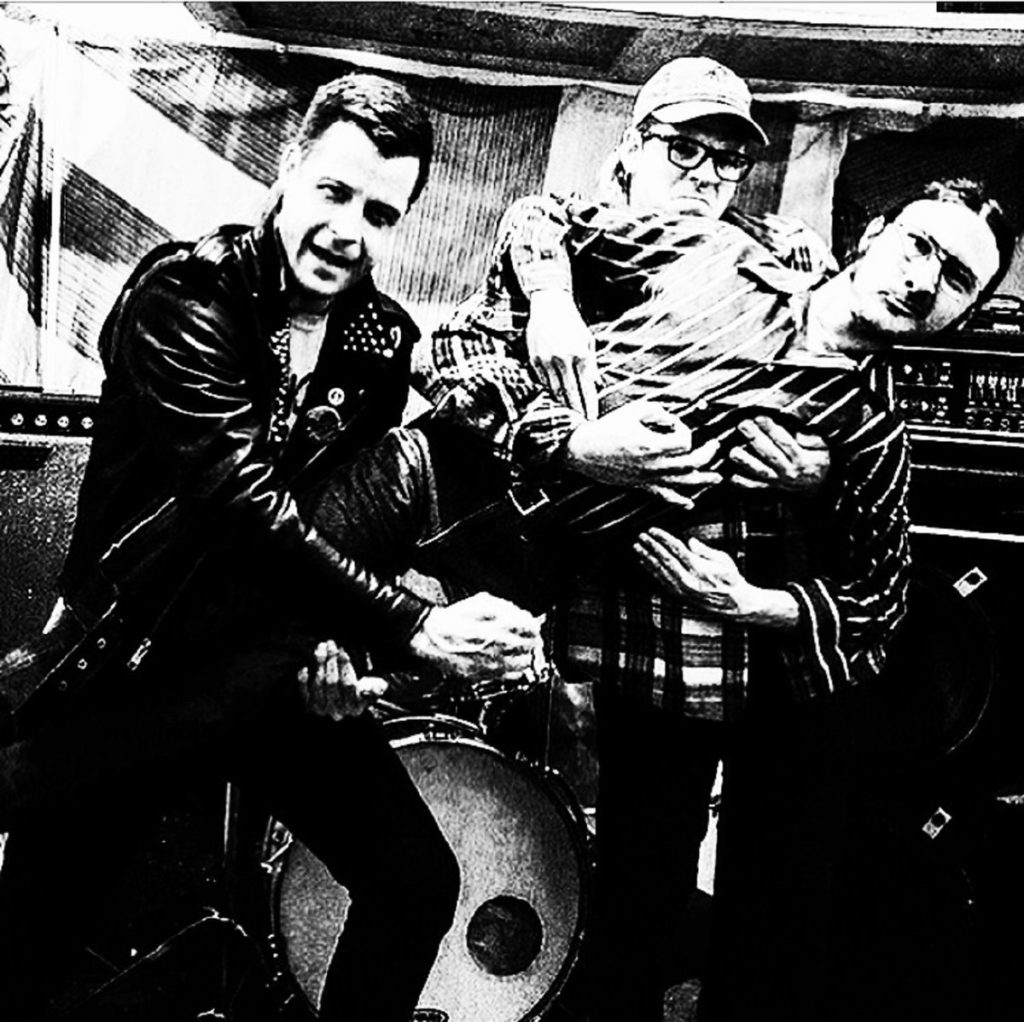 This record actually and no doubt purposefully sounds like it was recorded in 1980. On a ghetto blaster. In a squat. That’s the kind of attention to detail that really excites me, tragic little man that I am. Weirdly it make me take a mental leap to Shark Attack (whose discography, Blood in the Water came out through Bridge Nine in 2001), who were described by one Roger Miret (late of Agnostic Front) as “sounding totally 1986”.

Anyways, The Fritz are from a town called Hammond in Indiana and they fuckin’ rule. Check the record on the player below, mate

The Fritz make me want to engage in some kind of low-level civil disobedience, like egging windows as if I was 12 years old again. Or spray painting ACAB or a cock and balls on the wall. It makes me want to pull moonies (for the transatlantic readers: dropping one’s trousers and baring one’s ass) at cops. Which is unfortunate, as the office in which I work is directly opposite a cop-shop.

I’m sat here listening to these jams, and in my mind, a black and white film is playing. A film of punks continuously weaving around the band, tearing their way across a stage in that A-typical beligerent slam-skank before lobbing themselves back into the seething melee with wild abandon. It’s cool as, this mate. If you are perpelexed at this mental image, then know that this is 12 jams in a mere 18 minutes, of which only one overtops the 2 minute mark. And that’s just how it should be. My top cut here is SOS.

The record is available from Drunken Sailor Records for pre-order now (out 23rd March). The first 100 are on custard-yellow wax, the other 200 on black.

The record is also available digitally on a pay what you like basis on The Fritz’s bandcamp page.