It will probably come as a surprise to anyone I’ve rumbled with online lately, but my lifelong instinct to closely follow and engage with all the fucked-up shit going on around here has taken something of a nosedive in our brave new world era. Annoyingly, the main exception is the one crusade being waged not by the obvious villain, but ostensibly against him. That issue is the Russiagate conspiracy theory that is threatening to kill us all.

What we might call the centre-left has always been something of an easy target for us radical punk types, but this time the rank and file has been taken for such a ride by the establishment machine that it continuously beggars belief. Exactly when the comfortable majority of the country should be united in straightforward opposition to this crackpot administration, vast numbers have been convinced that a foreign nation they haven’t much considered in decades is to blame for their entire situation, from throwing elections to tricking black activists into believing in racism. Aside from a whole bunch of smoke, mirrors and yelling, evidence is still thin on the whole thing, but that’s not what’s most significant. What matters is that it doesn’t fucking matter. I don’t want to die because of American hubris regarding the supposed undermining of their thoroughly corrupt joke of a political system. 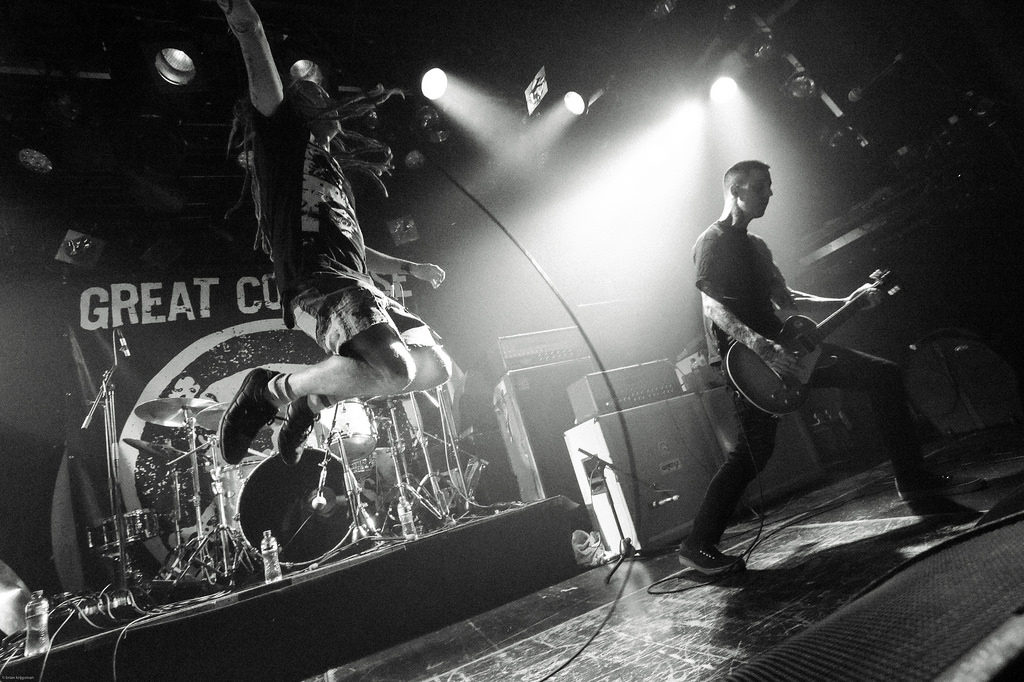 All of this misplaced, bullshit pressure is forcing Trump to try and show that he’s not in the Kremlin’s pocket: Russian outlets are being forced to register as foreign agents, U.S. arms are being sold to Ukraine, NATO has expanded in membership, Russian soldiers are being killed by American-backed terrorists in Syria and nuclear threats are escalating. If the two leaders are in cahoots, it’s pretty fucking well hidden. Conspiracy-pushers either ignore all of this or twistingly incorporate it into their paranoid argument. Whatever the Russian government may or may not have done is orders of goddamn magnitude below what the world’s most violent state has achieved during its sordid history, so you need to get over it and focus on the real injustices. If this goon was nudged over the line by something happening elsewhere on the planet, the problem is that he was so close to the line. YOU made Trump. Deal with it. Don’t point your gnarled finger at the outside world. Do not ally with power-hungry Democrats and the FBI and leave the rest of the world holding the bag of radioactive ash.

Short of getting people in power who aren’t total dickheads, what we need is a punk album — or any decent album frankly — that unashamedly blows the fucking lid off this entire scam to end humanity in the name of status quo control. Finally, he gets to the music! I’m sorry, but I just can’t emphasise how much this whole thing pisses me off, in a way that almost makes me feel youthfully vibrant and full of conviction, to be honest. On that cue we have Thomas Barnett of Strike Anywhere, Chris Chasse of Rise Against and some blokes from a few other relatively well known bands releasing their new album Neither Washington Nor Moscow… Again! They are Great Collapse, and the relative quiet around this release mirrors the absence of mainstream dissenting voices against the new cold war rather nicely. 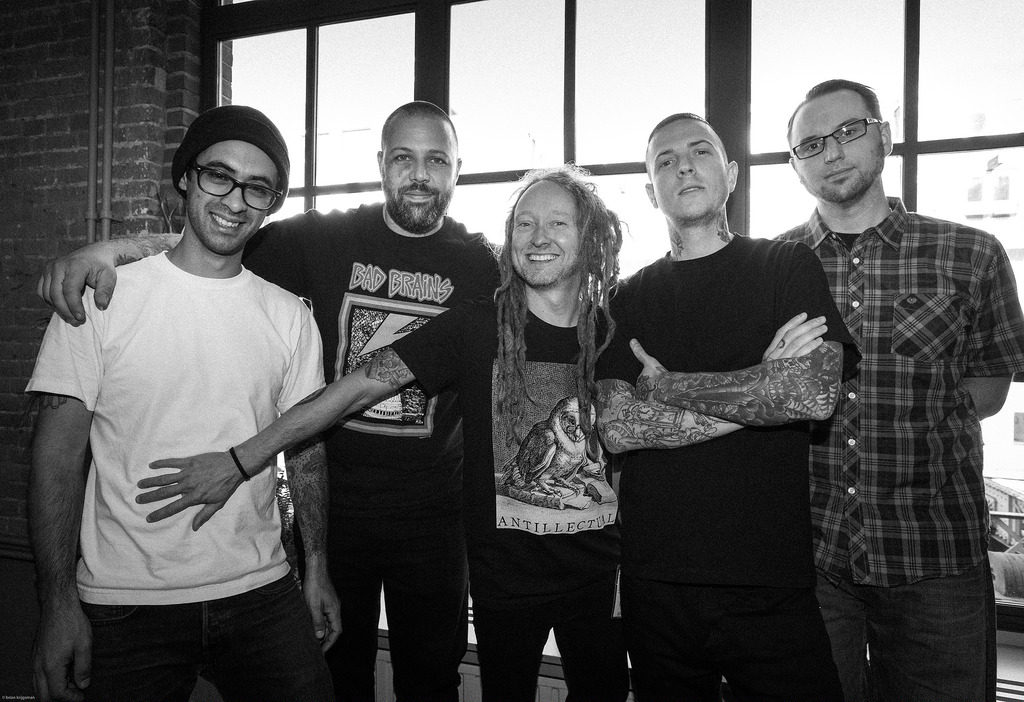 The title is an homage to the 1986 album Neither Washington Nor Moscow by York’s The Redskins (as in socialist/solidly left skinheads; their previous incarnation was No Swastikas). The Redskins were a punk scene act, but this was a soul and rockabilly album that sounds like it could have influenced everything from Jamiroquai to Howard’s Alias. You will probably not be surprised to learn that Great Collapse don’t incorporate any of this into …Again! or anything really beyond the normal melodic hardcore tropes. For this reason, I initially felt that this was going to be good for little more than a few background spins, rehashing a sound that was already struggling by the time Strike Anywhere and Rise Against became a rock club double act in all our brains. At times the music swells and you can feel that old rise in your chest that used to happen much more easily. You want to grab a shitty beer in an even shittier plastic cup and do a jump kick.

Digging in, there is some original and interesting stuff here, mostly in the second half. Southern Exorcism for example has a great final third, going down in a winding drive that I really like. But as I just said, while Change may be a Sound, the sound ain’t exactly a-changin’, and most things of note are to be found within the subject matter. If we don’t go out with a bang, the other thing that is likely going to put this experiment of sentient life to rest is environmental devastation, touched on with Patient Zero Comes Home. This neglected topic is normally left to north-of-the-border agitators like Propagandhi and Oi Polloi, and the song seems to channel the same feeling of hopelessness present in much of Propagandhi’s recent output (“Something I struggle with now is that I think it’s all over,” Chris Hannah said in a recent interview). Barnett yells from the outset: “We are pariahs of the anthropocene” (the current geological age where humans are the primary influence on the global environment). As the title suggests, by now it feels we’ve been doomed since the first lump of coal was burnt, and like we have little control over the destruction of our lifestyles: “The billion born past our means / Condemned condemned condemned / Not free!”

This is one of many references across NWNM…A! to history, and how we as people are heavily shaped by it or choose to interpret it. Perhaps if we were better at understanding the importance of our history we might not find ourselves at points like the present. Take the Nazis. One of the easiest moments to pick out comes in the segue between Who Makes and Atomic Calender: “Listen, Nazi: Never Again!” (a Poison Idea lyric). These butterbrains were once a blindingly easy target arguably used by punks and anarchists in an eerily similar way to how Hollywood uses them to tell easy stories with simple baddies, and avoid more fruitful, uncomfortable conversations with more complicated topics. But now, with the political momentum shifted their way, we’re forced to cheer for apparently necessary entertainment that is saying stuff once so basic as “fascism sucks.” The idea that under overtly right-wing governance is where punk music thrives is a bit of a depressing statement on the political limits of the culture. To what extent does the so-called mainstream left have to imitate their apparent opponents for artists to get as angry as they do at organically right-wing nutters?

Which brings us back to McCarthyism and the New Red Scare. NWNM…A! doesn’t really do what I would have loved, i.e. lid blowing. Direct confrontation of specific contemporary issues was never really the style of these guys’ former bands. On the plus side, the title could easily have been making a false equivalency between Washington and Moscow, sending me into another wild off-music rage. Or worse: it could have been playing into the conspiracy! The lyrics make occasional reference to the East, but in general aim to clean our own house in the West, to Great Collapse’s credit. Opening lines: “Like the dogs of Western culture!” I’d like to state at this juncture that none of my opinion on this should be read as any particularly strong support for the Putin government, or Russia in general. In the league table of violence, they are high up there with us. Again, the point is I simply don’t want to die. The original NWNM was so titled because Britain would have likely been the testing ground for any initial Soviet attack. That’s why UK Anarcho-punk bands in the 80s were obsessed with annihilation and apocalyptic imagery. We reject being blown to pieces in the middle of your war of supremacy. This middle finger to major powers or nationhood itself seems to be more where Great Collapse are coming from.

Aside from the UK-inspired title, Great Collapse seem to have a heavy foothold in the even more Iron Curtain-laden Berlin. I almost thought they had moved over there. The only substantial information I could find on this release was from two German interviews, they tour there a lot, and the label End Hits is based there (it’s also, irrelevantly, the name of an e-newsletter of “bangers, rippers, hits and jams” by Toronto’s super-funny, weird corners punk journo Sam Sutherland). While not simply about Russiagate, the album does have a lot of Armageddon themes (Escape Velocity, closing things out, is also about the end of the world. Thank god you can imagine posi lyrics over these sorts of riffs). And while the band did put out their 2015 record Holy War on the label as well, End Hits is darkly perfect for this one, because in Berlin and York, as in nearly all other places, war is still a potential memory. To the United States, formal, internal war has been an abstract concept for a very long time. I suspect this is part of why many Americans don’t get my fear of Russia-baiting, and why certain spineless European leaders are trying to pull the same stunt on members of their own forgetful, gullible populations.

While themes are discernable, the songs attempt to jump around internally. Reading the lyrics on this is a bit like reading those interviews that had been translated presumably from English into German and back into English by me: you get a general idea of what’s being said, but not the clearest one. I always found even Strike Anywhere a bit impenetrable. Considering I “love words” maybe I should have spent more of my life getting to understand the basics of the John Cooper Clarke punk-poetry diaspora. (On the Exit English track Blaze, Barnett quotes the Peterloo Massacre-themed poem The Masque of Anarchy, for goodness’ sake.) And while it took me a few listens to get into this, I’ll admit that it’s probably difficult to push yourself or the genre forward artistically without making your words less on-the-surface. I might be in the minority in looking forward to the forthcoming Pennywise album, but it’s not for the literature.

It’s ironic that a record so initially unspectacular had me contemplating globetrotting politics and centuries of events. So in partial correction, there is a fair bit of content to chew on here. But it’s under layers of overly-familiar instrumentation and some wordy ambiguity. You’ll know whether you want those things or not. If Great Collapse are as concerned about the end of everything as their name, label name and a lot of this material suggests, it’s strange that they didn’t take the chance on some sort of fresh, desperate musical direction à la the originally titled album. Then again, when you’re facing the end, it’s not unreasonable to crave the comfort of the familiar.