Contrary to popular opinion, I do enjoy a bit of hardcore, me. I’m just picky as fuck, mate. I’ve no time in my life for fake-ass cookie cutter bullshit. I hold no truck with that ‘wigga’ paper gangster pretend tough guy nonsense. Metal-core? Fuck off mate. I don’t even know if that has a hyphen or not. I couldn’t care less, it’s one of countless non-genres.

All I ask for is something real. That’s all. No more, no less. The last hardcore bands that were creating any kind of buzz over the last ten odd years that I was even bothered about I could probably count on my fingers and still have spares leftover. Tell you what, let’s give it a go anyways: The Rival Mob (Boston, MA); The Boston Strangler (Boston, MA); Fucked Up (Toronto, Canada); Paint It Black (Philadelphia, Penn); Blood for Blood (Boston, MA); American Nightmare (Boston, MA). There’s probably others, but I’m feeling especially uninspired and disinclined to use my brain. Either that, or so much stuff failed to leave much of a lasting impression on me. Anyways, that’s all stuff from down the same side of a continent. Draw your own conclusions. Suffice to say that I’m not one of them cats that lives and breathes hardcore 24/7, which is a relief to me, as it must be some boring-ass way to live your life. 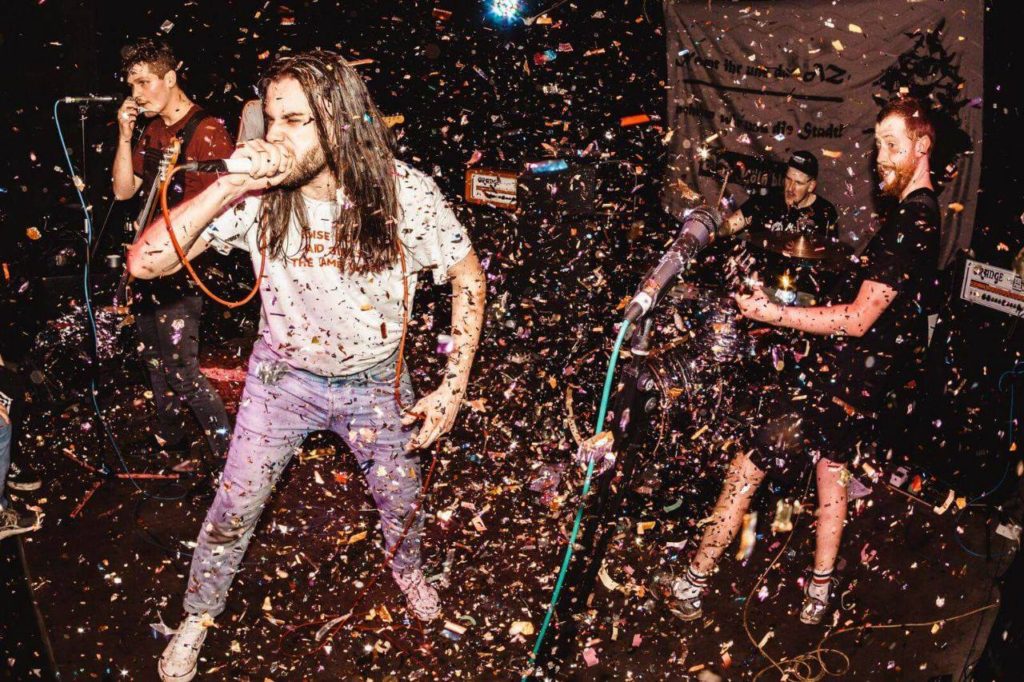 I feel quite relieved in that case to have made the acquaintance of this new record by Giver, (from Köln, Germany). Cast aside your preconceptions about shite Euro hardcore, for this right here is legit, mate. Hit play below:

Listening to this record, it’s clear to see why the press material references bands like Guns Up!, Panic, Carry On, American Nightmare and The Suicide File (oddly enough, all of which – asides from Carry On – hail from Massachusetts). There’s a reason why Boston hardcore has been enduringly popular: it’s as hard as fuck and it rips, mate. It’s small wonder then that stuff from that neck of the woods has had such an influential global impact – it slaps mate. It slaps HARD.

You know those bands that play what I think of as ‘throwaway generic hardcore’, such as Down to Nothing, Have Heart and The Comeback Kid? You know, those bands that have managed – somewhere, somehow – in their back catalogue to have had a rare burst of creative ignition and put together about two properly decent anthemic songs each, while the rest of their output is either categorically (at worst) bollock-retractingly tedious or (at best) varying shades of unmemorable beigeness? Even worse are those dreadful acts that just go through the motions of aping these most boring aspects in an exponentially more lacklustre way.

Thankfully, there is very little of that in evidence here. The work as a whole does feel both anthemic and punchy, in that special way that sweeps you as a listener along into the teeth of the maelstrom of visceral emotion and violent pandemonium that you’d forgotten you needed to experience. Belligerent bass lines underscore the sawing, hacking guitars. Heartfelt, desperate and ferocious vocals stomp out their territory, barely held in line by punishing yet imaginative drums. There’s really nowt lacking here – we have the fast breaks, the well-placed gang vocal parts, the vocal parts that see folk scrambling over each other to grab the fucking mic, mate. Best of all, these jams feel both intelligent and genuine. I’m also pleased to say there isn’t an over-reliance on badly thought out mosh parts or hackneyed dirty skank lines. Which isn’t to say they are completely absent, they’re just distributed in a measured manner.

Right about now, some smug prick is sure to pipe up with something along the lines of “rah rah rah you don’t even go to shows these days rah rah rah you’re (delete as applicable or select all that apply) a sell out, a loser, full of shit rah rah rah”. Well, little twerp, when your shitty scene can produce something worth watching, if I can be arsed to drag my rotting carcass out of the house, I might just go and watch it. When you idiots are humble enough to realise you didn’t invent punk or hardcore or whatever, maybe I’d even want to breathe the same air as you. Fuck you, you risible pieces of shit, you can eat my sick mate before I even begin to contemplate giving you the time of day, you fucks. 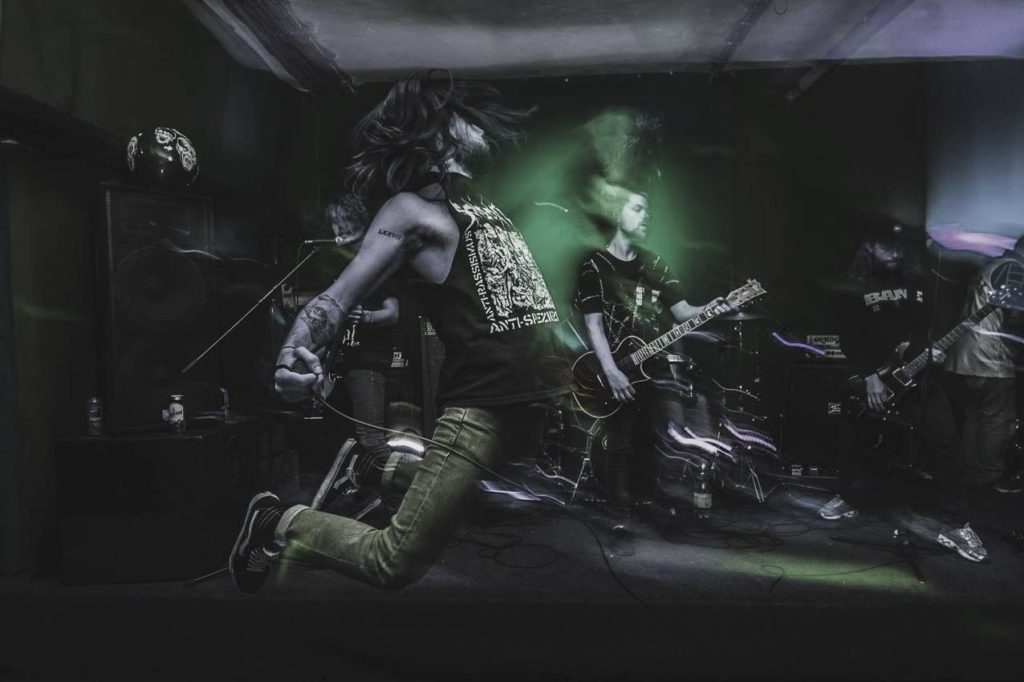 …Anyway, it’s dead good this record. It definitely evoked a similar response in me to the first time I heard American Nightmare’s ‘Background Music’ and The Rival Mob’s ‘Mob Justice LP’ respectively. On that basis I would be happy to say there is hope for the genre yet, and that I’m overjoyed to hear a hardcore record for the first time in ages that didn’t leave me awash in ambivalence. If I did have a particular criticism, it would be that the songs are a bit too long for my taste. Overtopping two minutes is generally quite offensive; overtopping three generally leaves any initial impact spent way before the song ends. Having said this, the record doesn’t feel too baggy as a result.

Hook this up in the UK from Holy Roar here on vinyl (a variety of colours available), digital or CD. In Europe you can get this from Powertrip here