I’ve known Andy Moore for years. Like, since 1999, 2000 or so? I used to goad him and wind him up on internet forums (this is probably what people used to habitually do before happy slapping and sexting existed or something) because I was a tragic little prick, and he was an angry but principled chap. I suspect he royally hated me for a while – I dunno, you’ll have to ask him! At some point around 2004 or 2005 something like that, we became rather good mates. He’s been in a number of bands over the years, such as Vengeance of Gaia, 30 Seconds to Armageddon, Carraway and of course, everybody’s favourite D.I.Y hardcore band, Homebase. Verily. 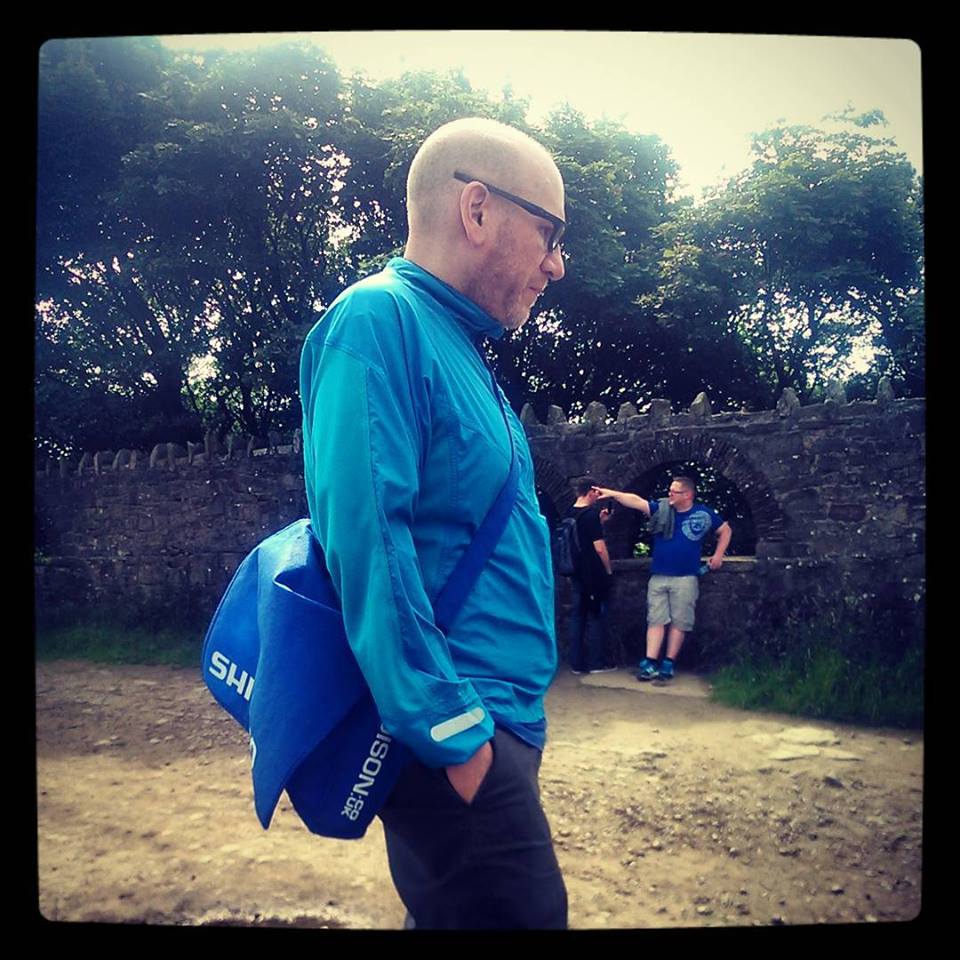 1. What was the very first way that you became aware of punk? i.e. what was your first encounter with punk

Well, first off, I’m pretty old! I was 9 in ’77, the supposed “year of punk” and can remember seeing spiky haired angry looking fellas in the little pit town in the north east of England where i grew up (which was, incidentally, the next town over from where Liddle Towers, made famous posthumously by the Angelic Upstarts, was murdered by the cops). I suppose that this was probably my first awareness of punk. To be honest, those lads scared the shit out of me! I rather surreptitiously bought a few 7”s from the local Woolworth’s- Buzzcocks, The Specials, Blondie, The Undertones etc, but stayed beneath the radar punk-wise for the most part.

2. How did you get into punk / alternative music?

I suppose I just felt drawn to it. After those first few formative years, I drifted into the murky realms of rock/metal thanks to Michael Auston giving me a Deep Purple 7” for my 11th birthday. It wasn’t really until my late teens that, probably mostly down to reading thanks lists on various early thrash metal LPs, I got sucked into all those early crossover/HC bands like DRI, COC, Crumbsuckers, Cro Mags, AF and so on.

3. What was your first gig?

The Michael Schenker Group, at Newcastle City Hall in May 1982.

The Amazing Darts. Yeah, I dunno. First punk album was Never Mind The Bollocks. I can’t remember when though, but I had to sneak it into the house as my parents wouldn’t have approved (they stopped my uncle giving me “Ace of Spades” by Motorhead for Christmas one year because “they swear a lot”! My 14 month old son was bobbing up and down in his seat in the car to that song yesterday; not a single swear word to be heard. Parents, eh?!)

5. Were you in a band while at high school or college? If yes what was the name, and how bad did you suck?
No band at school, I only really knew one or two other kids into the same music as me back then and we just never got organised enough to do anything. The first band I really did was when I was in my early 20s, called Bellhazard. We didn’t suck at all, we were fucking ace! Featured Steve Stewart on vocals (Jaded Eyes, Voorhees, The Horror, Sex Maniacs, etc etc) and Lainey on drums (Leatherface, Sofahead, Cockney Rejects).

6. What is the biggest influence that punk rock has had on you as you’ve developed as  a person?

I suppose that it’s empowered me to be me, despite my surroundings.

7. What has punk rock caused you to question most about the world we live in?

Wow. Tough one. Probably just to not accept the status quo if it doesn’t sit right with me; there are plenty of things that are deemed socially acceptable that just make me hugely uncomfortable, and I refuse to go along with simply for fear of rocking the boat. This has got me into trouble from time to time, especially when I still lived in the North East of England where it’s more or less expected that you drink alcohol to excess as often as you possibly can (which is something I did for a couple of years back in my late teens/early 20s but never particularly enjoyed). Question Everything! If it doesn’t feel right, don’t do it.

8. What was the most recent gig you went to? (any genre)

Quicksand at Sound Control in Manchester a couple of weeks ago. Old guy reunion, basically. I believe our very own Nathan Mallon is reviewing it for this very blog…

9. What was the last record you listened to? (any genre)

No Cure For Death, by SECT. super vegan straightedge grind/d-beat/thrash. So intense.

I occasionally partake of board games, but rarely have the time these days what with the lad starting to walk and running amok in my house! Recently been getting into bushcraft a bit too; wild camping in the woods up above my house on the odd night here and there. It’s fun. Not sure if you’d consider it geeking in the classic sense, but there’s a whole world of luddite-y gadgetry to be had so I guess parallels can be drawn.

Can’t. I just cannot narrow this down to 10. Believe me, I’ve tried! 40 years of listening to, and loving, music is A LOT of records. The top ten would change probably daily, but I suspect it would almost always include Reign in Blood, and Paul’s Boutique. If I have to explain why, then there’s little hope for you!