Fuck me. This is belligerent. In a good way, like. I don’t often listen to modern metal or metallic hardcore. It either doesn’t sit well with me because I think it’s shit, or it makes me want to tear people’s heads off at the fucking root in a fit of seething violence… Obviously, anybody that knows me can tell you that I’m a right softy really, so any fit of seething violence I exploded in would be laughable.

The whole thing kicks off with a minute or so of feedback which might lead you to believe this was going to be some kind of early-mid 2000’s generic hardcore record, but instead it opens up into menacing, slowed down bombastic prowl of Somnolence. It’s nasty in that kind of way that gets a guy like me to uncharacteristically looking around for people to maul. This slides into Bone Pointer, which has the pulverising, frantic, teeth-rattling impact of classic Converge and Dillinger Escape Plan meets Black Breath.

After an evil sounding intro section that puts me in mind of something between Cursed and Integrity, the riff in Leper for some reason puts me in mind of Be All, End All by Anthrax, albeit a version that has been raised from the bed of a swamp. Gnarly, mate. Dark Clouds again evokes Cursed, but this time latched onto the bastard child of early Baroness, before spilling into The Void which adds a Lowest of the Low era Terror vibe to the mix and an overtone of The Rival Mob. 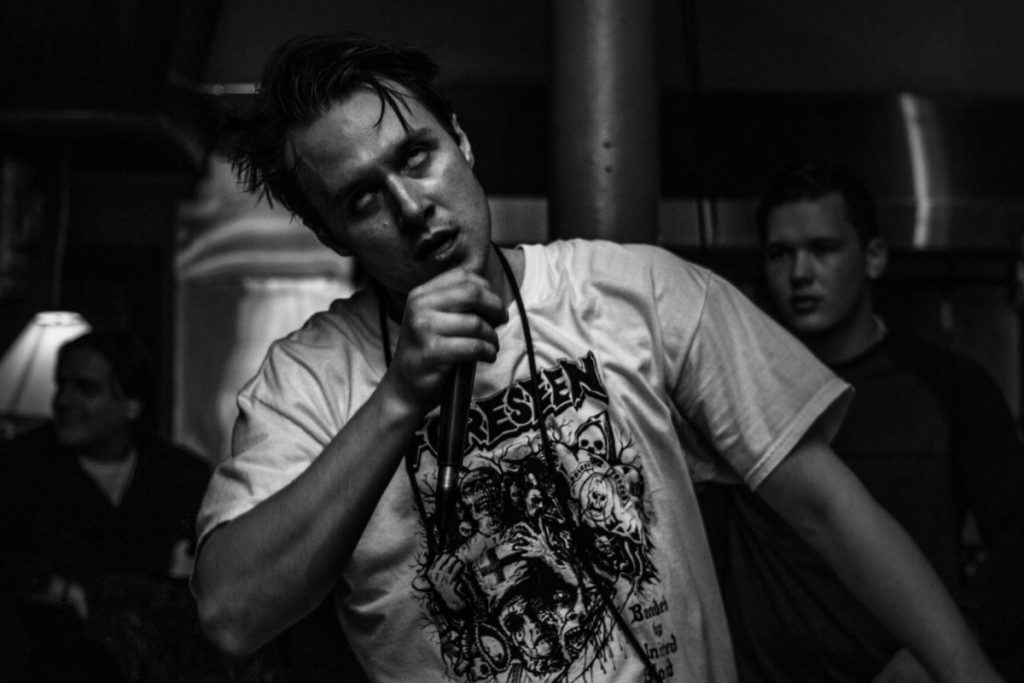 This feeling carries over into Miseranaut which sweeps slickly between rumbling picking-up change parts to riffy, rocking headbanger bits. The record closes out with Soothsayer which calls out them know-it-all scene pricks that make gigs such an insufferable experience for me. So here’s a message: stop behaving like you invented ‘underground music’. You fucking didn’t, and if you had, like as not it would unbearably shit.

Anyway, enough of this idle chitter-chatter. If you are into crusty, evil sounding hardcore, abrasive metal or your typical meat n’ spuds hardcore you’ll definitely get a kick out of this. It also didn’t enrage me to the point where I felt like my eyeballs were going to burst, which I take as a positive sign.