First off, this has been a very challenging review to write. I have binned and restarted it at least 3 times, after a significant number of plays through of this LP. I have listened to it in its entirety almost daily since first getting my hands on a copy a few weeks ago, and initially I was totally blown away by it.

At this point, I should establish that I’d consider members of the band to be good friends, having known them for the best part of 20 years now. With that in mind, I felt weird giving this record a gushing review. I should also point out that despite personal friendships, I’m no Converge fanboy (although as you read on here, you might be forgiven for thinking otherwise!). I don’t think Jane Doe was a seminal moment in heavy/extreme music, for example. Many people consider that record to be their finest moment, certainly their breakthrough release. Myself, I can’t say it did that much for me at the time and it’s still not one I go to very often.

Right, with that out of the way, and with numerous listens of this newest release under my belt, I feel now that I’ve come to a decision that this is their best work to date.

The thing that really stands out for me on this recording is just how much all four members of the band contribute to the sound of each and every song; there’s definitely no single element that dominates and that’s down to two things- the level of proficiency that the members are each at, and the frankly class leading production of guitarist Kurt Ballou. He has managed to produce a recording on which, despite the vicious, extreme nature of the music, the striking thing is its clarity. And that’s special. 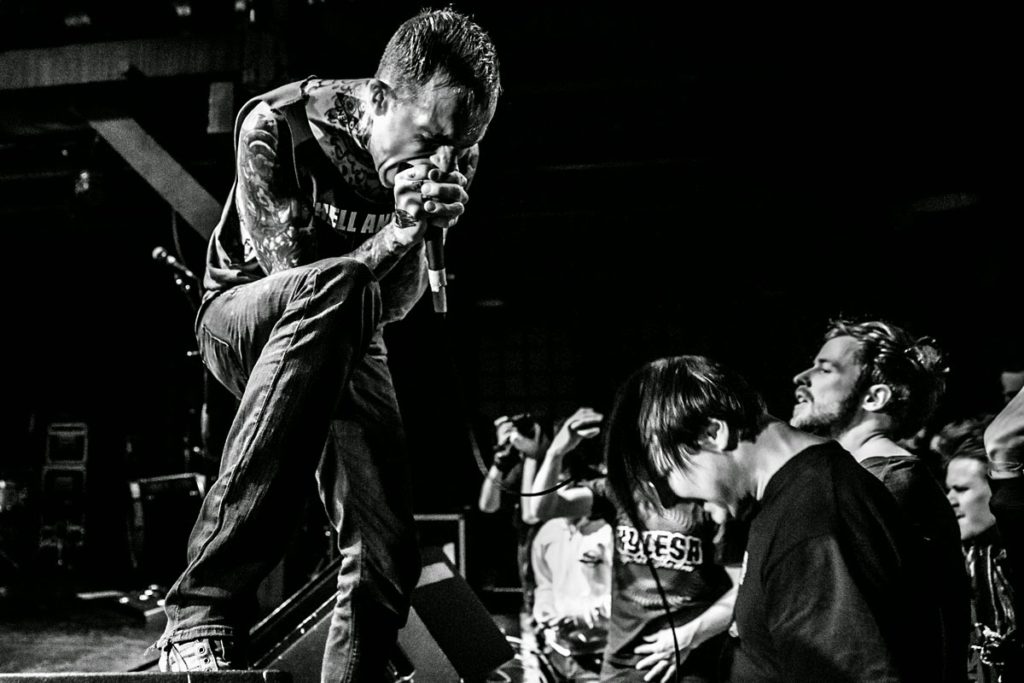 Opening track “A Single Tear” is as emotionally charged as songs get, for me. I dunno if it’s because, much like all 4 members of the band, I became a father a year or so ago, but the haunting line “when I saw you for the first time, I knew I had to survive” has me welling up every single fucking time I hear it. Vocalist Jacob Bannon’s performance on this track is as good as I’ve ever heard him. It’s clear that he’s not just singing a song; he means every single word of it. And that’s a genuine rarity in music, for me.

Moving on, each song, at some point in it, gives all four of these chaps a chance to shine. Track two, “eye of the quarrel”, begins with some top notch riffing from Ballou before Ben Kollar’s pounding, punishing drums kick in. Halfway through, things get toned down half a peg or so and Nate Newton’s hallmark ringing distorted bass batters its way to the fore alongside a galloping drum beat, before everything kicks back in to full pelt. But even then, it’s all so clear.

Third track, “Under Duress”, slows things down a bit with a pretty sleazy dirty sounding riff and a pace that gives the listener a chance to catch their breath, before the next track is all about Kurt’s riffs again, with some weird staccato picking going on and a pretty odd jazzy beat, before breaking out into a big fat rocker of a powerchord riff midway through. I love it. On to “i can tell you about pain”, which is classic weird time signature Converge. Brutal with it, Bannon’s distorted vocal ripping your ears apart throughout. 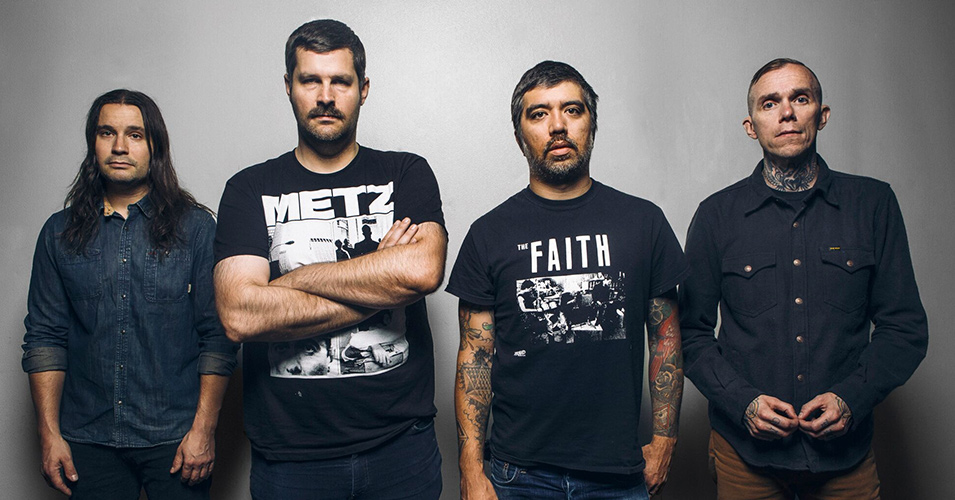 Title track “The Dusk in Us” is a contender for best track on the record, for me. Moody, brooding, creepy for the first 5 minutes or so (it’s 7 and a half minutes long) with haunting feedback-y soundscapes sending the hairs on the back of my neck into a stand up frenzy, then those monster riffs return! There is, indeed, monsters among us as Bannon sings here.

Next couple of tracks are a return to the weird, disjointed but at the same time coherent sound we’ve come to expect from the band over the years and to be honest, are the only part of the whole thing that I’d maybe criticize. They’re a bit too “old” converge for me, that is until about 30 seconds from the end of “Murk and Marrow” when Kurt kicks the track up the arse with a pummelling version of the underlying melody, and my faith is restored.

Segues into what can only be described as a sultry bassline to launch into “Trigger”, for me another of the real stars of the record. A 3 ½ minute masterclass in extreme music, this one. It’s another plodding behemoth of a track, with Bannon’s final spoken line of “tell me, was it fucking worth it?” leading nicely into the full-on thrash assault that is “Broken by Light”, jam packed full of riffs and drumming that the most proficient of Scandinavian metal bands would be proud of. Even a mosh part to end it off, then back into a blastbeat-y kick to open up “Cannibals”, rather rapidly flying along again until a big fat monster mosh riff closing.

The penultimate track, “Thousands of Miles Between Us” is another haunting semi-ballad a la title track, with Jacob Bannon singing in an almost chorister style here, which oddly works for me. It’s perfect for the song. The track trails off into feedback, building up again slowly into album closer “Reptilian”, a song that Kurt Ballou has kept the best of the record’s riffs for as far as I’m concerned. Lyrically, I get a sense that it’s a pretty astute and timely political observation. “Devils do not need a Hell in order to exist”. Indeed, gents. We’re surrounded by them, they’re in power all around the planet right now and we’re rapidly heading to a Hell of sorts, it would seem.

My record of the year? I’m not sure. It’s a contender, for sure (that was probably obvious). Definitely top three. Well done, fellas!

Get the pre-order for the vinyl from Deathwish here in Europe. The CD is out now and is available from the same link.