‘Strangled Light’ is the debut album by Less Art, a band made up of people who were previously in popular bands (quote from the accompanying info):

“Less Art is the alliance of brothers Riley and Ed Breckenridge of Thrice, Ian Miller and Jon Howell of Kowloon Walled City, and Mike Minnick, ex-Curl Up and Die. On Strangled Light, these five veterans bash out their own new version of post-hardcore – “post-hardcore by post-youths” ”

Nice use of alliance there. For those of you asking the question where that name comes from, well it’s a quote from Hamlet dontcha know. In essence, it means more substance with less artistic flourishes, which isn’t something I’d naturally associate with post-hardcore, or something I’d try and achieve by referencing Shakespeare, but having listened to the record I can see what they’re getting at. The record is something I haven’t had an enormous of joy listening to, but I think this is more to do with my musical preferences rather than a catalogue of failings from the band.

Firstly, the lead vocals seem to only have two settings: distorted throat shredding screams and a speak-sing style. Singer Mike Minnick is quite clearly capable of doing both, but nothing particularly grabs me, and having given this about a dozen spins I don’t find any of the melodies stuck in my head. I would have preferred a few more held notes, something to place greater emphasis on, to try and convey the emotions contained in the lyrics. As it is, this just isn’t really my bag.

Secondly, the lyrics. In an interview with Mike Minnick, the singer makes it clear that he used the lyrics in the record to deal with deaths in his social circle and his own anxieties surrounding his own death. It’s great that he has had the opportunity to do so, and my criticism isn’t that someone has chosen to open up about something that exposes someone’s vulnerability. It’s just that the lyrics themselves don’t really connect with me and I haven’t found myself reflecting on what’s been said. From checking their twitter account it seems like there are plenty of people who have made a connection with what’s been said, so again, this is a preference thing.

Lastly, there are a few points at which backing vocals are used that seem more reminiscent of metalcore. For post-hardcore to work it needs to rely on guile as well as strength, and whilst the screams double up on the intensity but they don’t provide an adequate counter-balance to the main vocals and don’t form harmonies that could lift the music. 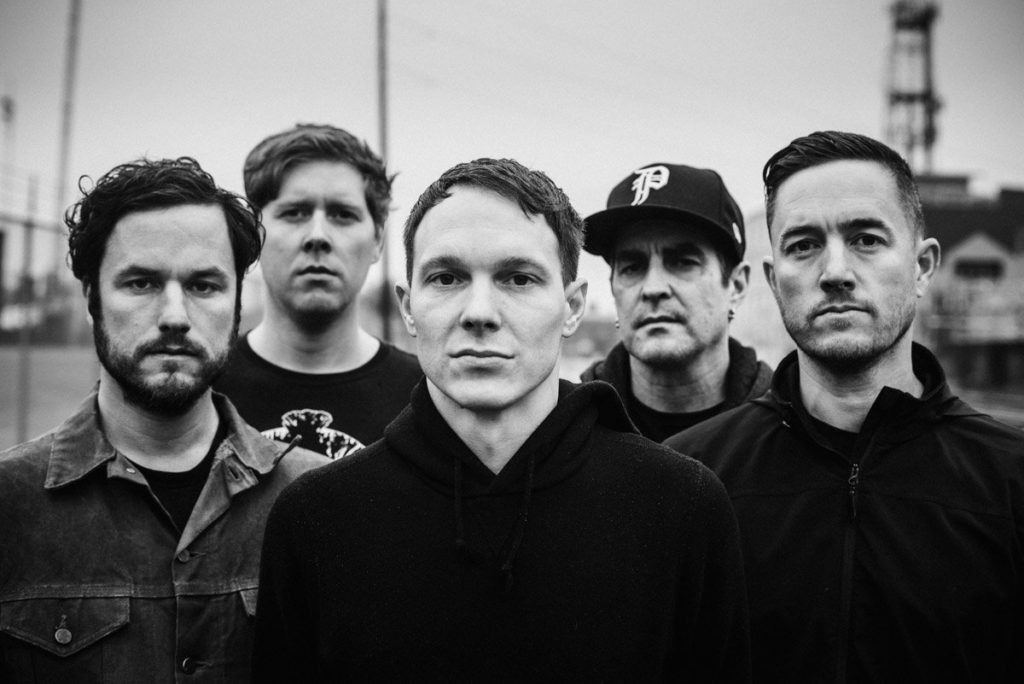 That’s not to say there weren’t things I liked about the record. The guitars – much like vocal style – seemed to largely switch between two different modes, but, the layered verses approach then the heavy riff chorus/breakdown worked nicely. There is some fine work in there, with Mood 7 Mind Destroyer: Guilt standing out especially. The spiel that accompanied the album mentioned a bunch of bands that serve as influences and I can certainly hear the Unwound connection, but wouldn’t say this would especially appeal to fans of Drive Like Jehu or Fugazi (although they certainly have a liking for Fugazi, and anyone who likes the live version of Shut the Door is worth making time for).

My overall impression is that it’s good in parts, but there’s not many songs that I enjoy as a whole, and there’s a couple of songs that don’t do much for me at all. The record is well recorded and all that, and it does sound likes it’s done well, by people who known their onions – but it’s not something that I’ve enjoyed. Would recommend if you were a Thrice etc. fan, but by no means a must have for anyone who has a liking for post-hardcore.

You can hear selected cuts from the album below (I expect the whole thing will be available to stream post-release – Tony):