The Flatliners are a much loved punk rock band from Ontario, Canada, and this, Inviting Light, is their fifth studio album, and their first on Rise Records following three in a row on Fat Wreck Chords.

They’re the kind of band my friends probably think I listen to – gruff vocals, anthemic qualities, melodic yadda yadda… but for whatever reason they’ve just never taken my fancy. Maybe that’s because I didn’t know enough about them, but then again maybe I did. 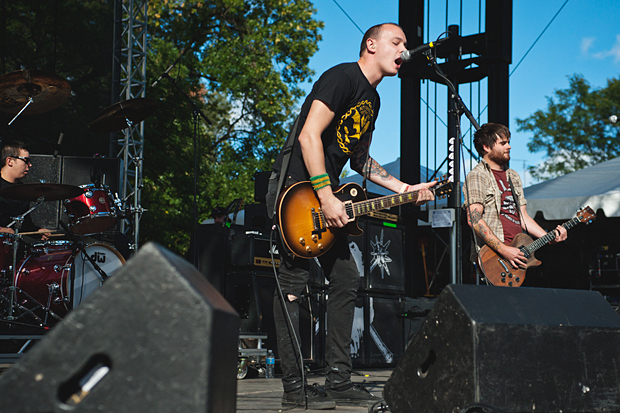 ‘Mammals’ has a kind of cool slow burning build up that reminds me of a Fucked Up song. When Chris Cresswell’s vocal bursts through he really hollers it out, and not in an excruciating way like the dude from Bayside. It goes without saying that Chris having a great voice isn’t enough on its own – and The Flatliners do have more than that going for them, but there’s a lot missing. Where one element of so many of the songs on Inviting Light is well crafted, the rest is almost shrugged off, like the listener only needs the bit they will remember and want to sing along to.

‘Nicotine Lips’ is more rough and ready, like the version of The Flatliners I recognise. Throat-shredding vocals and a great chorus are all present and correct here, but the track just doesn’t really progress. This feels like it’s coming from a band who feel they have a big, expansive strength akin to Against Me! within them if only they could unlock it. It’s a bit of a shame. 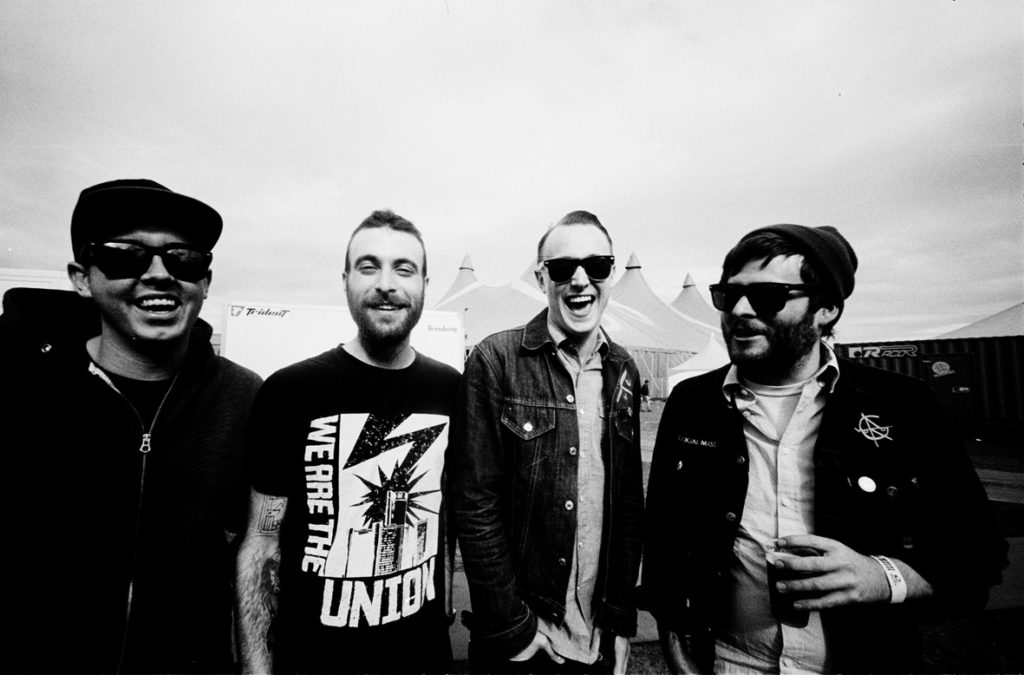 Chris’s vocals in ‘Unconditional Love’ elevate to a guttural roar that recalls Vinnie Caruana from I Am The Avalanche. The Flatliners songs (on this album at least), aren’t anything like as interesting as those of the aforementioned the Brooklyn outfit, and lyrically the two bands don’t get any closer.

I feel I know exactly where every song on Inviting Light is going within about 15 seconds of it starting, like I can map out the chorus, the bridge and the end in my head. It’s a similar feeling I always had about another much loved band – The Gaslight Anthem. Given how many people love that band, maybe I’m the problem.

I have no idea whether this represents a nosedive in quality, as I’ve not listened to the band’s last four albums in any detail, so I’ll leave that kind of assessment to the experts. But with Inviting Light the Flatliners have also invited the criticism.

You can of course (and should) form your own opinion by checking it out for yourself below:

You can order this puppy from http://theflatliners.merchnow.com/