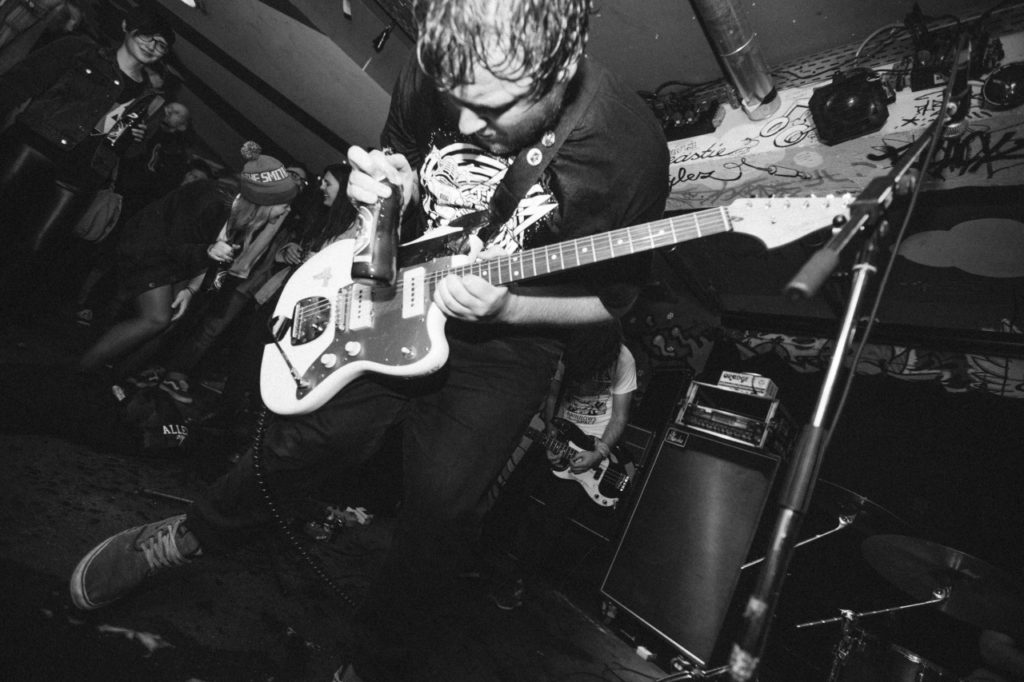 I’ve always thought that the way in which people form opinions about stuff or events or people without actually having any knowledge about them is really strange. We all do it. If you think you don’t, you are either a fucking liar or you are utterly deluded. It’s also known as prejudging, or stereotyping, mate. From my own point of view, I’ve prejudged The Smith Street Band (or the Smithies, as they are affectionately known to the kids, apparently). I had decided that they were a band for people that were younger and cooler than me (not that either element is much of an achievement), based purely on the fact that people younger than me like them. In my own cantankerous way, I’ve been peripherally aware of this lot for a good while, and I’ve spent an unconscionable proportion of the time between then and now quietly brooding about being older, less attractive, and less ‘in the know’ than I used to be (three more of those easily achievable elements, there – I mean I managed to pull all of them off without putting in any effort whatsoever, so, y’know…). Basically speaking, for a guy with a moderate to high level of intelligence, in some ways I really don’t do myself any favours. In other words, I can be complete and utter idiot. 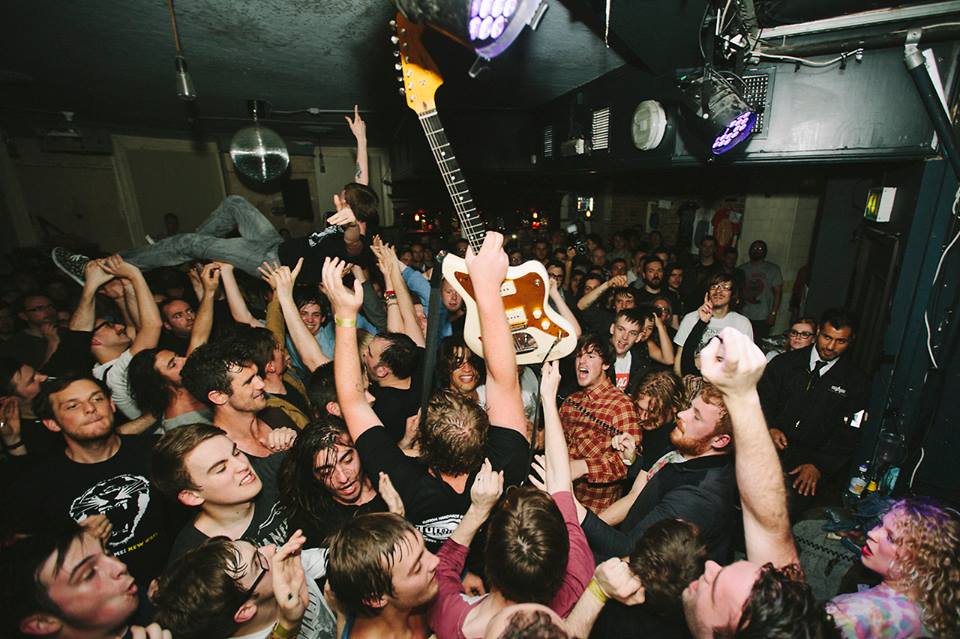 So anyway, the other day, the chance to actually check these guys out (without having to expend much administrative effort) came along, and no word of a lie, I’m really glad I did. Because I think they are pretty fucking good. In fact, I was so spellbound by this record, that I’ve been steadily making my way through their back catalogue on their Bandcamp page. It’s a journey well worth making. In my case at least, it’s ages since I’ve been forced onto an “Argh! I must listen to it all immediately!” kinda trajectory by a band… In fact a particular line from the track Shine resonates with particular potency here: “If music is for everyone, then why was I always the last to know?”

If you are no stranger to these pages, you’ll no doubt be aware that I have a real soft-spot for those vocalists that sing using their own local accent. I just find them that bit more honest feeling and genuinely compelling. Wil Wagner would be a fine example of this, demonstrating a broad Melbourne accent; this could very well be your Aussie everyman, could well drive a ‘ute’ etc. When you get this type of honest voice coming through, the lyrics take on a whole other deeper hue. Given that one of the recurring themes on this records is dealing with the apocalyptic break-up of an adult relationship, I feel like this guy reminds me more and more of David Gedge from The Wedding Present (most obviously the classic Seamonsters era). Perhaps it’s the vocal range and intonation that are similar. Maybe it’s the lyrics of heartbreak, unrequited love and the downward spiralling of bewilderment and misery.

Thankfully, the music is equal to the task of providing a credible and appropriate backdrop. As a whole, it feels really solidly put together. A real accomplishment, I feel. Nothing feels overstated, and at the same time, nothing feels particularly understated. There’s some nice little touches thrown in alongside the riffs and bombastic drumming, here and there, that kind of sound like a musical saw or Theremin or something, that add a bit of additional texture. Whether it’s a more meat n’ spuds number, or a quieter more inward gazing tune that’s playing, it’s emotive and powerful, regardless.
There’s a real royalty in exile vibe to this. A very normal bloke with a heart of gold beset and bogged down by the harsh realities of modern life. It’s tough to pinpoint why exactly this is so likeable, beyond the fact that it’s so relatable. Maybe it’s because they’ve got so much right in the composition of this album? 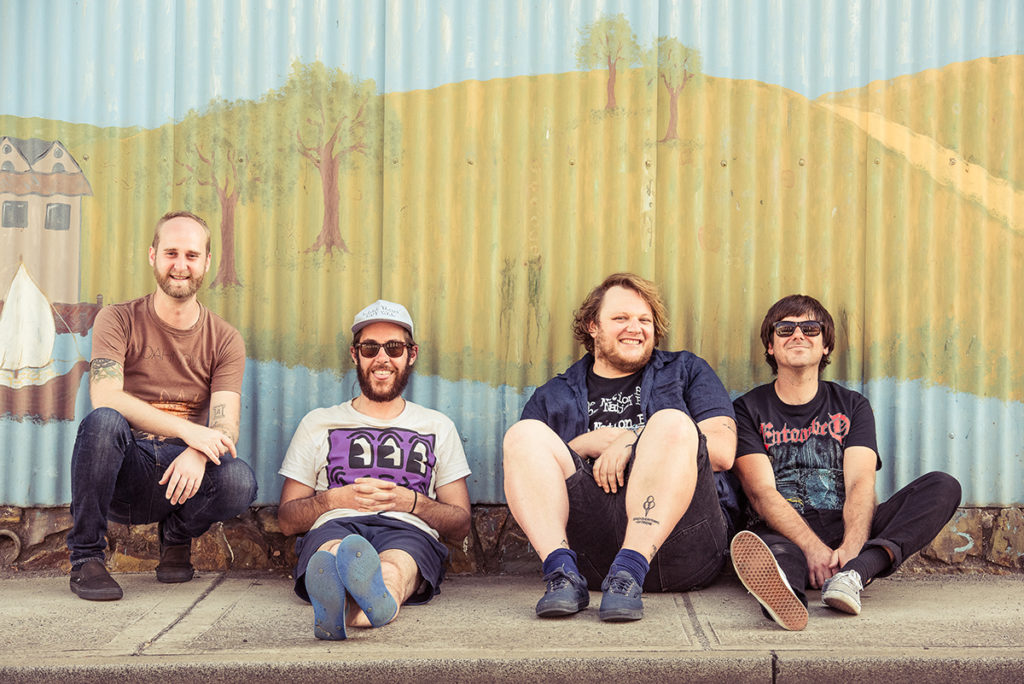 This is pretty much a hybrid of the best most rocking indie-punk elements of The Weakerthans, the gritty indie rock of The Wedding Present, first album Against Me! and a dash of The Impossibles (remember their album Return?). I fucking love this. It’s awesome.

Normally, I would point you to a full stream of the album, but there isn’t one up yet as far as I’ve been able to discover. I fully expect that it will be added to their Bandcamp before too long, though. For now you’ll have to make do with the videos in this review, and the couple of tracks below.

You can buy this record in the EU from Uncle M

You can buy this record in US / Canada from Sideonedummy

You can buy this record in Australia from Pool House Records