Howdy doody. It’s the last day of work before Christmas, and I’ve just finished a massive bowl of Coco Pops. This hog right here has gotta start the day strong, know what I’m sayin’? So after these advanced and arcane preparations I feel ready to take you through another batch of fantastico releases from Drunken Sailor Records in Stoke. A label you really should be paying attention to – if you aren’t already. 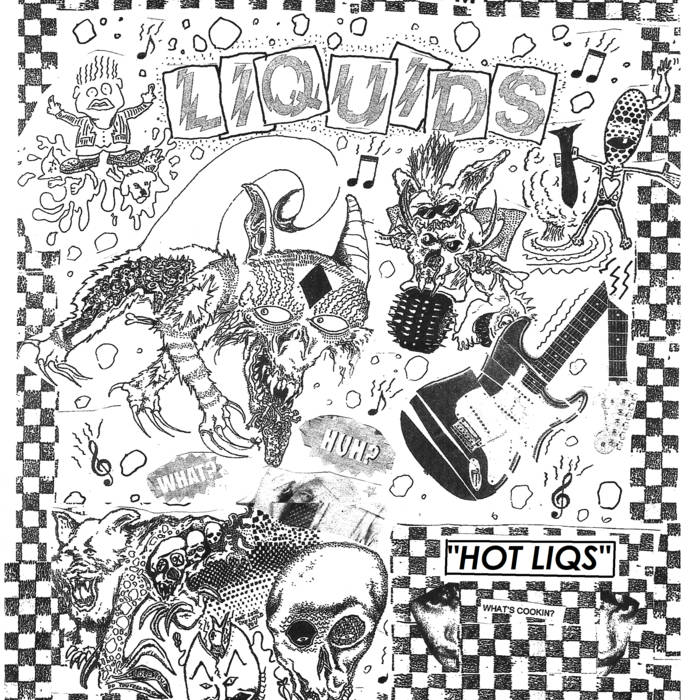 First, a bit of background. Liquids is a difficult beast to dig up a back story on. As far as I can tell, they come from somewhere in Indiana, and they’ve released a bunch of stuff on cassette tape. The line-up nobody is really sure of. Some dude from the Coneheads is or was in them, plus people from a bunch of bands I’m not cool enough to know about. It’s all very mysterious.

This shit is gnarly. In a non-typical way. It has elements of garage rock, surf, power pop, trad punk, and (I hate to use this term) Ramones-core. But, it’s played real thrashy, at about 10,000mph. I mean, we‘ve got 16 songs here, clocking in at approximately 20 minutes. It’s fucking insane.

Listening to this, I keep finding myself tapping and twitching along at my desk. As if people need additional reasons to think I’m an alien. Fuxache. This record is apparently a collection of stuff that previously came out on the aforementioned cassettes, only re-recorded (and apparently reworked) plus a new song. Well, a new instrumental intro track, Howdy. 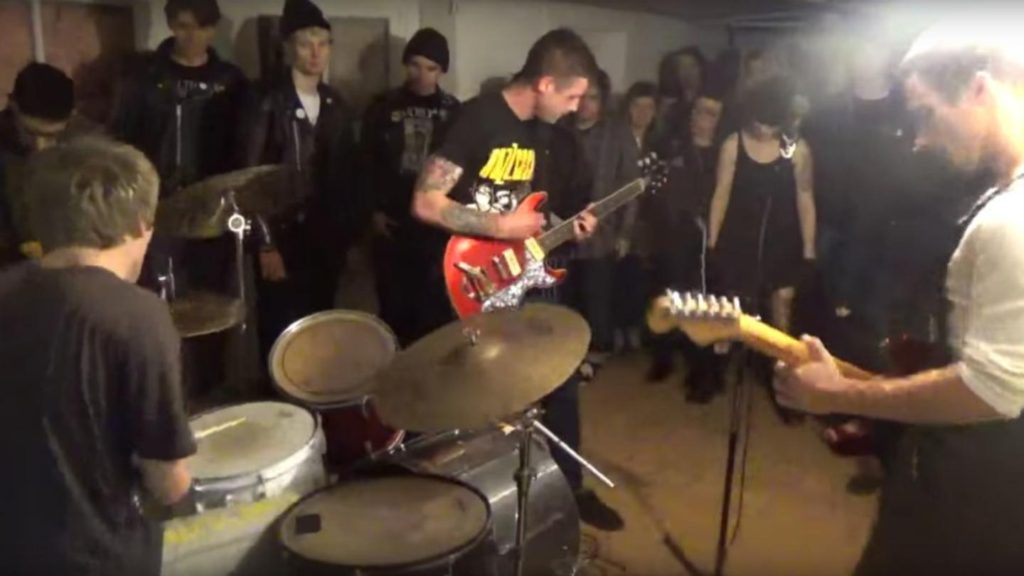 Hearing this stuff, I’m pretty excited. It’s energetic and furious, whilst at the same time, melodic and catchy. I feel like I’ve been let in on one of the best kept secrets of recent times. Basically, if you were to get a properly massive blender and throw in the Circle Jerks, the Ramones, Infest, Stiff Little Fingers, the Beatnik Termites and Fucked Up, apart from:
i. breaking a ton of laws;
ii. killing a load of people;
iii. disinterring and desecrating a fair number of corpses; and
iv. ending up with some kind of foul smelling paste.

Well, that should give you a rough idea of what to expect. Pretty sweet, right? 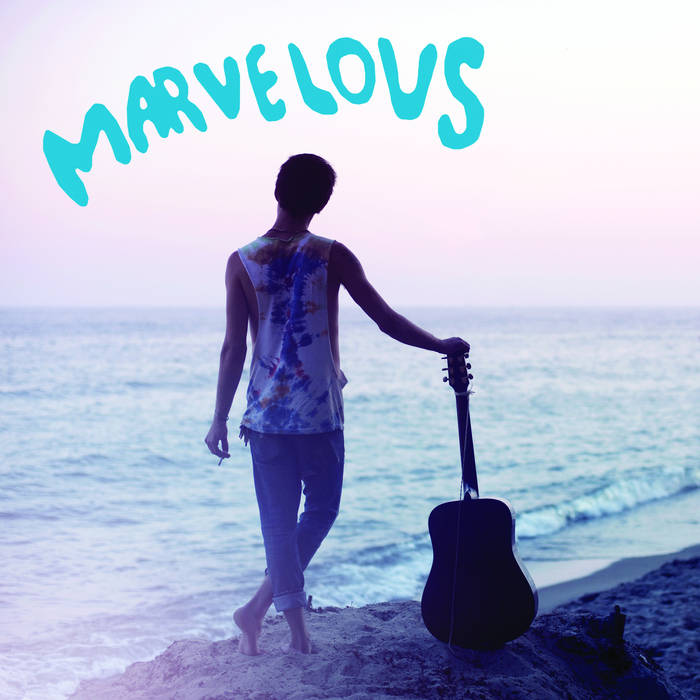 Now then. This dude makes a bold claim by using such a moniker. Luckily, nobody will need to try and ‘do’ him under the Trades Descriptions Act, for lo, Mark is indeed pretty fucking Marvellous.

There’s a bit of interesting background to this guy (as I found out after a bit of light internet research). He’s from Toronto, where he used to be in a band called the Marvelous Darlings, along with Matt Delong from No Warning (hehe – remember how that band used to be cool and then remember that weird and dreadful comeback album they did that sounded like Linkin Park?) and Ben Cook from local champions, Fucked Up. Which is pretty much a who’s who of a line-up , right? Apparently the Marvelous Darlings stuff (a load of seven inch records) are well worth tracking down and have attained mega holy grail status… But, lucky for the rest of us, it’s all collected here as a discography on bandcamp ( https://derangedrecords.bandcamp.com/album/single-life ), where you can also buy the LP from Deranged Records. So be sure to check that out. 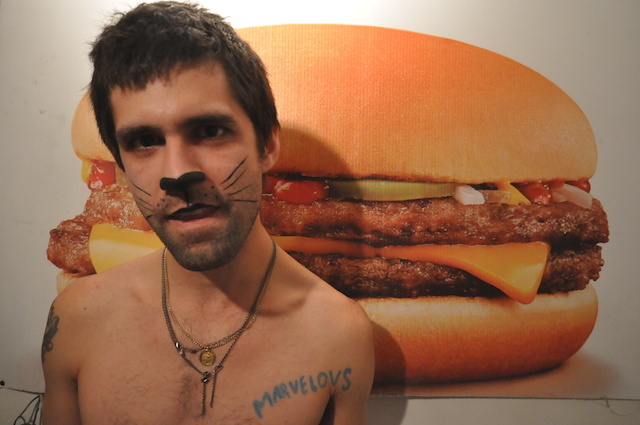 Marvelous Mark describes himself as follows: “Anti-social loner, enjoys long walks and fresh pinners”. I’ll admit to having no idea what a pinner is. Must be Canadian or something. I can imagine he just spends his time writing and recording songs and walking around dressed as a raccoon. I’m sure if I found out the actual truth it wouldn’t measure up to those (admittedly) heady expectations.

Anyway, the music. That’s what we’re here for, right? Well, by way of summary, this is basically amazing, fuzzy indie rock meets power pop. Kind of what you might expect to hear from a weird collaboration between J Mascis of Dinosaur Jr., Stephen Malkmus from Pavement, Andrew WK, and weirdly enough, The Small Faces. It’s not really a description that in any way does this record justice, though. It is catchier than the common cold, I can promise you that. Ladies, gentlemen, and pets, may I present to you your next obsession: Marvelous Mark. 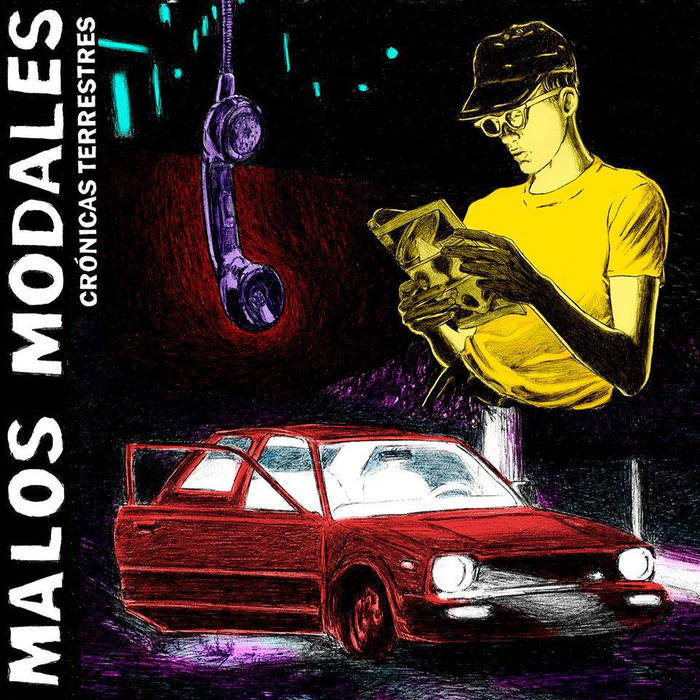 OK, these guys are another band which is totally new to me. They are from Monterrey in Mexico, as in the home of spicy cheese Monterrey Jack (I’m taking a wild guess here, but it sounds perfectly plausible – at any rate, I’m not going to look that up and disabuse myself of the notion).
It’s a bit of a strange one for me, as it’s in Spanish. Which is a language I don’t speak. Hence I probably won’t get as much out of this as a Spanish speaker. Therefore I can’t really say too much about it beyond saying if you dig power pop and garage bands, you’ll like this a lot, for sure. Cool looking bunch, though, right? 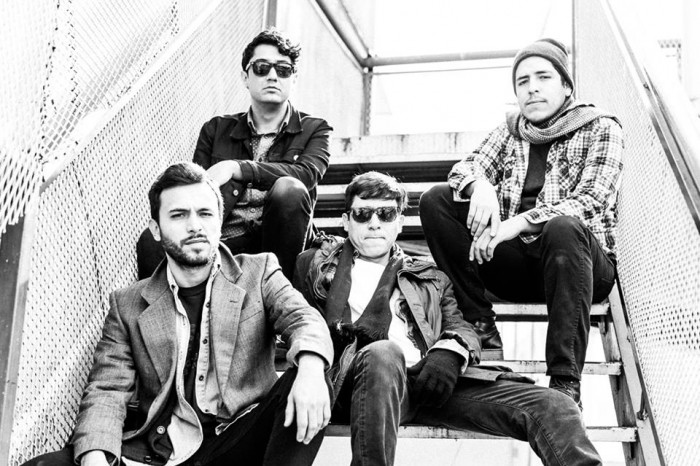 Baby Ghosts / No Ditching split 7in 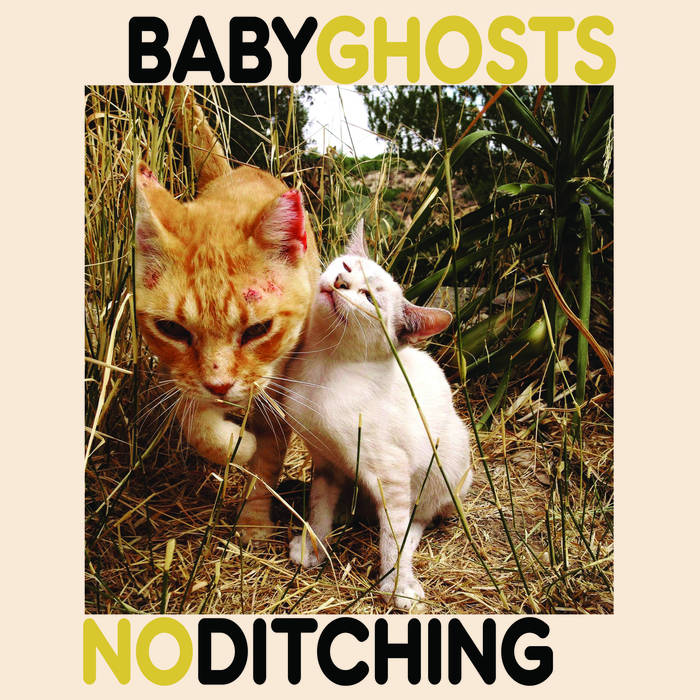 No Ditching are an all girl snotty indie punk 5 piece from County Durham, and their line up features people from a bunch of other Durham bands such as Martha, Fashanu, Jazz in My Pants and Bear Park. This in itself should give a rough pointer to what to expect from the two tracks on their side of the split. Whilst it might seem lazy to compare it to girl bands from the North East, it does rather remind me of Martha-lite and also points back to the great 7in records Kenickie released back in 1995/6 through Slampt! and Fierce Panda (Catsuit City and Skillex respectively). It feels nostaligic, but at the same time very current. I rather enjoyed the well placed hand claps. If you are into Martha, Doe and stuff like that, then you’ll obviously want to pick this up. You can also check out the other stuff they’ve done on their bandcamp page 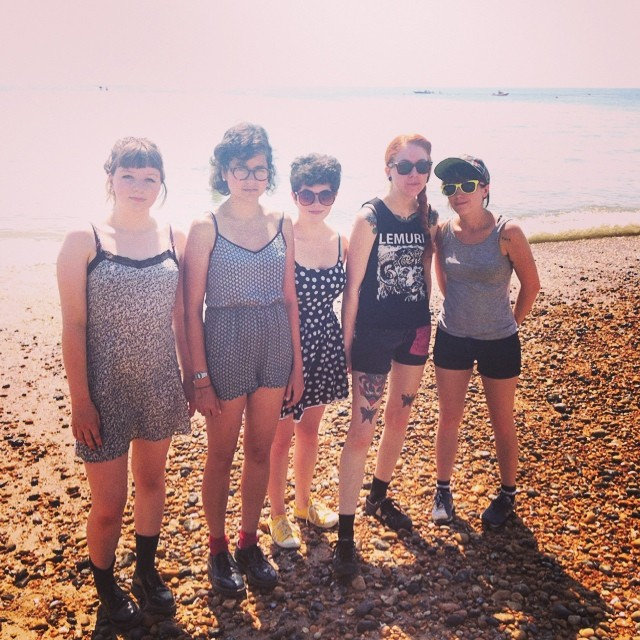 On t’other side, we have Baby Ghosts, hailing from Salt Lake City, Utah. They describe themselves as a sad but cute punk band. Whilst cute they might be, their track (Return of Bones (part I & II) on this sizzles and burns with a power reminiscent of Bikini Kill, if they’d sounded like Helen Love butting heads with the Raincoats. In other words, If you like Martha, you’ll like these guys a lot too… You can check out their earlier stuff on their bandcamp page 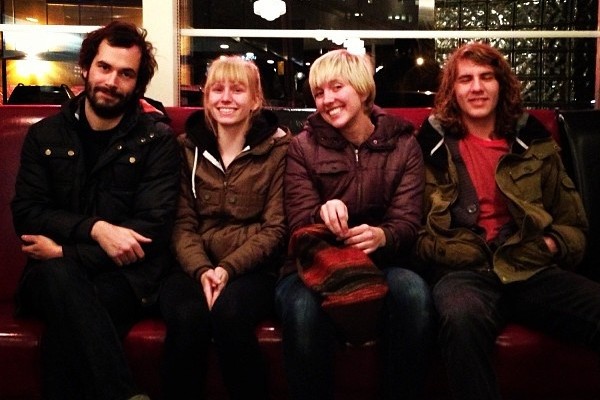 Stream this split on on Bandcamp here

Buy it from Drunken Sailor here