This one I’ll admit happened quite by chance. I was put in touch with Jon Curtis. I’d heard of The Cut Ups before, (which is quite surprising in some ways, due to my hiatus from music) but hadn’t heard any music by them. Admittedly, I am now really happy this has happened, as this record is pretty great. This lot describe themselves in quite a simple, humble way (which I really like, actually) on their bandcamp page: Jon, Dan, Rez, Jack and Pippa are a punk rock band from Exeter. You can also incidentally find their previous full lengths and 7ins there. Have a blast. 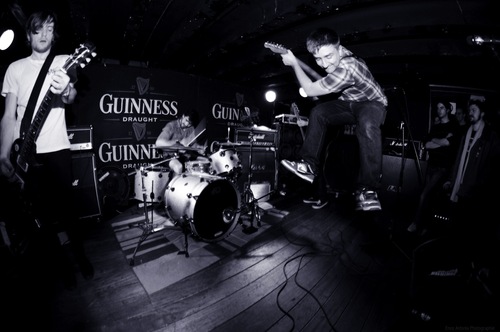 Members of The Cut Ups have played in an array of bands such as Annalise, Kids Return, Sauna Youth, The Dead City Stereo, Shoe and Brothers. They’ve been around since 2004 or so. Which admittedly predates my hiatus from real life by a good 5 or 6 years. My finger used to be so on the pulse. Or so I thought. Ah, who gives a bollocks? I can’t be first to the party all the time. And face it, it’s been an epic stretch of time since I was first to the party on anything. Anyways…

In the current climate, it’s proving increasingly difficult for bands to come up with a fresh take on three chord shite that we all know and love. However, I’ve got a growing appreciation for bands that are recombining elements from a selection of influences into a new and interesting beast. Y’now, making something feel really fresh and exciting, yet at the same time comfortable and familiar. 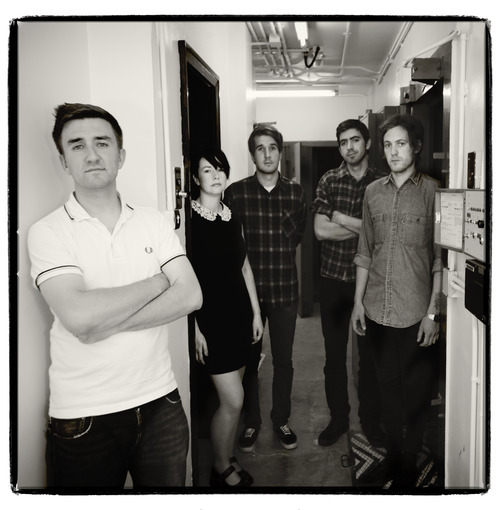 Musically, this (for me) sits somewhere between The Clash, Offshore Radio (from Leeds – remember them?), Pontefract’s favourite sons Above Them, Cock Sparrer, and my old indie favourites from Wakefield, Pylon. With the American influences seemingly coming from early Against Me! records, Hot Water Music, The Lawrence Arms, and Arms Aloft. Overall though, even ignoring the vocals, you can really tell this is a distinctly British take on melodic punk rock. There’s something really British feeling in the chord progressions and the melodies. You’ve got no choice but to dig it.

The Nerves is quite a satisfying record. It’s not overly reliant on personal neuroses, which is in itself refreshing, both in terms of the general stuff on offer at the moment, and also with regard to my personal proclivity for listening stuff bogged down with introspection around mental health issues and alcohol abuse. In other words, it’s quite nice to listen to something a bit more outward looking and socially aware, rather than generic navel-gazing fare. 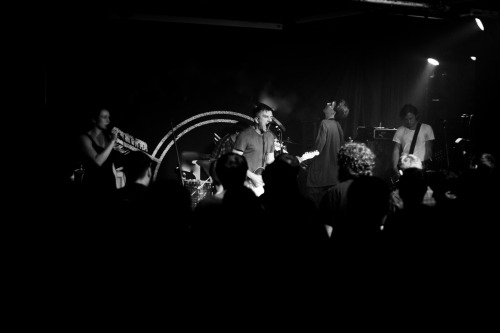 The Nerves starts out strong, and really hits it’s stride with Nervous and Anxious, which takes your typical story of anxiety and being a social misfit, discovery of punk etc. (we’ve all been there – fist bumps to the readership, yo!), but looking at it from a kind of oral tradition type of perspective. Kind of telling other people’s origin stories if you will – although it’s anyone’s guess if these are actual tales, or if the names have been changed, or if they are fictional representations of a familiar feeling rite of passage. Either way, to have a theme presented in something of a different way was a really cool touch. I can only imagine if some try-hard shit-house like Frank Turner had attempted this, it would have come off as well smug.

Thomas Orchard is No Longer Around offers a different take on your typical ACAB stance. Whilst this song looks at a tragic miscarriage of justice over the death of a young schizophrenic man whilst in police custody, it does in fact rightly point out that not all cops are bastards, and we should be grateful for the good eggs out there. It comes off as a mature and fair standpoint (as opposed to the typical whinging knee jerk nonsense). Terrible things happen, but we shouldn’t tar all people in a certain bracket with the same brush, be they coppers, Muslims or whatever. It’s dangerous, so don’t do it.

With We’ll All Sail On and You Don’t Need To Fit In, there are two valuable life lessons. In the former, on the dangers of soul-searching for the meaning of it all and becoming obsessed with self-absorption, and I suppose to trying to break out of such mindsets by going to extremes (there’s reference to a protagonist in the song burning all their stuff in the park; it puts me in mind of when an old friend attempted to achieve some sort of existential catharsis by selling all his possessions – suffice to say that doing this, looking back, was the start of something of a breakdown which culminated in him deliberately aggravating the people he’d previously called ‘friend’ and also starting a fight with a double decker bus). In the latter, well the title You Don’t Need To Fit In is pretty self explanatory, really. However, it’s something that I wish desperately I’d been able to get a handle on much much earlier in life. God knows, it would have spared me a lifetime of pain. Who am I kidding though? I still crave the acceptance of people I don’t even fucking like. That’s a life of introversion, social awkwardness and depression for you I suppose. I can’t help but think if I’d been privy to this knowledge bomb during my formative years that maybe I’d have had a much easier time of a lot of things. Probably why I end up making so many of these review things either about me, or lob in non-interesting anecdotes. 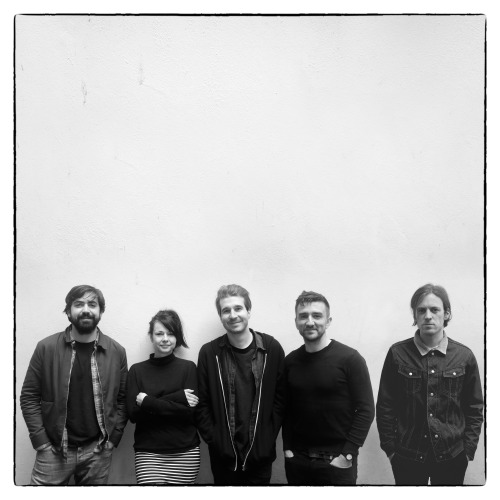 Anyway, back to the matter at hand: The Nerves by The Cut Ups. I think this is pretty decent, to be blunt. I shall therefore award it a Tony of Nurgle wow factor of 8.5/10. Solid.

As ever, I will encourage you to go and have a listen yourselves and form your own opinion. Although you are welcome to share my opinion, I’m just some pillock on the internet, aren’t I? Unfortunately, I can’t find a legit stream on t’interclick at this point apart from this Spotify one. So listen to that.

You can buy this album on LP or CD, along with other treats from The Cut Ups web store