The Fairweather Band (TFB) are completely new to me, I’ll level with you. This album, Meow, is their debut album, which came out earlier this month. There does seem to be some buzz about Specialist Subject at the moment, as a label. And hearing this, it’s not too surprising why that would be the case. At this point, I should offer an apology to Kay at Specialist Subject for not getting around to this review sooner, but there were some extenuating circumstances in play… 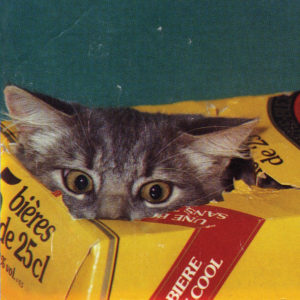 As a bit of background, Meow follows on from TFB’s self titled EP, which was released in 2014, (https://specialistsubject.bandcamp.com/album/the-fairweather-band) and an appearance on Alcopop!’s ‘Sensible Record Labels’ compilation (alongside Martha, Youth Man, Allusondrugs) which was specially released for Record Store Day 2016.

TFB have crafted their own unique sound, which blends punk, folk (not in a shitty, clichéd plastic paddy bagpipes kind of way) indie rock and post-hardcore. Their intricate sound is somewhat reminiscent of scene heavy weights of recent years such as Algernon Cadwallader and Minus The Bear. Yes, the music is by turns twiddly and twinkly. But it’s also occasionally jerky and self-conscious. Where Minus The Bear, for example, have been known to jam out some fairly lengthy numbers, TFB seem more to follow in The Minutemen’s school of sub 2 minute song lengths, which encompass quite a lot to keep the attentive listener captivated; it’s gracefully awkward stuff, yet also very compelling. The press release that I received cited Leatherface as an influence, which might seem initially strange given the relatively gentle overtones of Meow but on songs such as A Broad Definition Of Success, this influence is clear in the structure of the song itself.

The British points of audio reference don’t stop there, however. If we take a look back to the mid 2000s, there’s a distinct element of Andy, Glenn & Ritch (they released a mini album entitled Escape From The Bastille through Audacious Art Experiment in 2004 well worth a spin). It also calls to mind both the hard hitting techy emo of The Little Explorer as well as the more gentle instrumental side project, The Jesus Years

Lyrically, vocalist / guitarist Rory Matthews, uses some wonderful, at times uncomfortable metaphors to create his narrative. It’s a really evocative and visual way of writing. I’m really into the almost back and forth boy/girl vocal parts, for example on Nosebleed Song #1, not to mention the boy/girl harmonies that pepper the whole record. 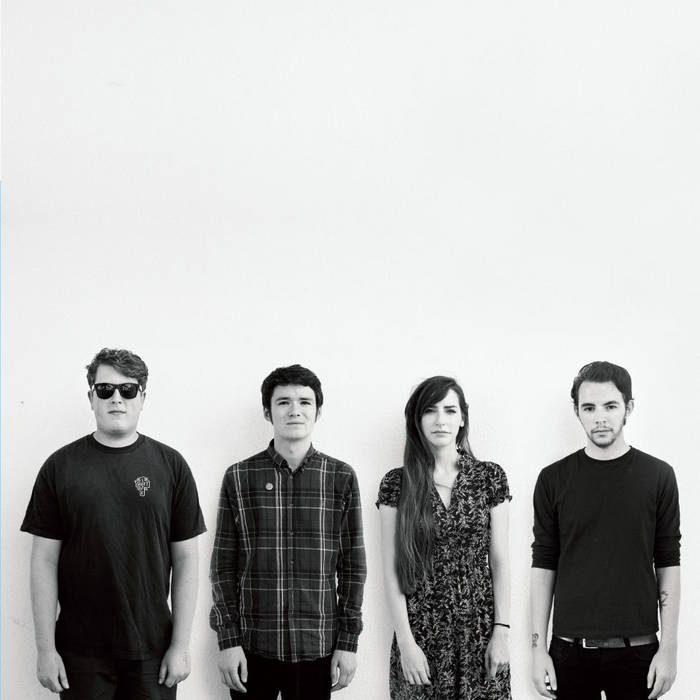 Although I’m more often than not on a more straight-up punk rock tip, I do like to intersperse that with a touch of quality ‘proper’ emo and interesting indie rock. This opus ticks both of those boxes very nicely, and I find, as the songs are refreshingly shorter than you’d expect or usually associate with something with this type of sound or influences, it certainly doesn’t suffer from being baggy around the edges at all. And obviously, there’s not really time to think “Fucksake mate, this goes on a bit dunnit?”. Another positive!

On another note, I’m pretty annoyed with myself, really that I didn’t get around to this sooner. Not just because the songs (and whole record are pretty solid), but because I’ve sadly missed the opportunity to encourage people to go and watch TFB (they played three dates earlier this month). And that kind of makes me feel pretty terrible.

In conclusion, this is a great record. I can imagine a nice autumnal walk through the orange leaves with this on the headphones. It’s also clearly a bus journey toe-tapper too. There’s something very uplifting about this offering. Refreshing too. It really is suitably different, rather innovative in its brevity, and very catchy in a thoughtful kind of way. My favourite track is probably More Opportunities. A particular epithet that caught my imagination here goes a little like this: “I love the sound of skateboards in the street / It causes shallow breathing, makes me rise up in my seat”. I’m with you, brother, I’m right with you. Skateboard wheels have a really distinctive sound, and whenever I hear them, I’m straight over to the window to have a look (even though I’ve not been on a board for a few years now – alas it gathers dust under the stairs, another victim of my procrastination). But, even though I’m always right, rather than taking my word for it, I would encourage you to find out for yourselves. You can stream the album through the Specialist Subject Bandcamp page

Do your shopping for Meow and other Specialist Subject releases here