Welcome to another article introducing the Apathy and Exhaustion writers…

Next up, a very old (and dear) friend of mine, Clara Barker. I first met Clara in an old indie club in Manchester called the Venue (back in 1995-96). We soon became fast friends through talking music, and generally hitting it off. At the time, she was working in sports centers and life-guarding at swimming pools in the Oldham area. These days, she’s transitioning (more articles on this to follow) and is a proper scientist and everything at Oxford University… 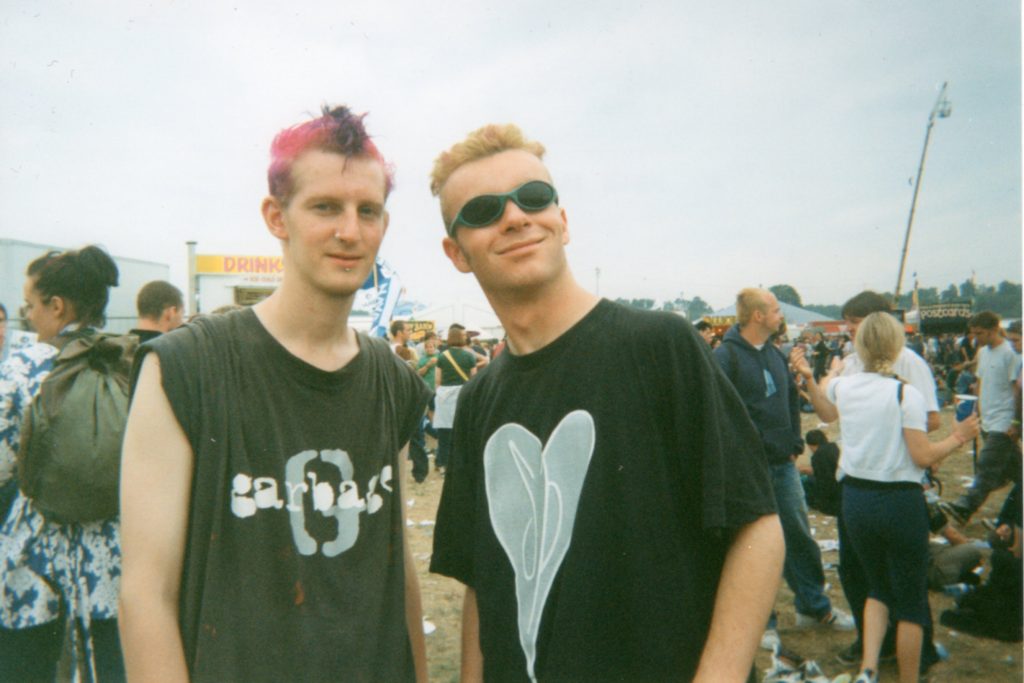 1. What was the very first way that you became aware of punk? i.e. what was your first encounter with punk
When I was 10 I saw a play with me ma in Oldham. No idea what it was, but it focussed on things like social unrest and the minors strikes. At one point the “young ‘uns from the family” that the play was about ‘went punk’.
I loved it, and it would have been a massive revelation had they not had a Ziggy Stardust moment earlier, and I realised that gender was not as solid as I thought…

2. How did you get into punk / alternative music?
Same play. I immediately set about listening to all my mums 7” Bowie singles. Damn.
Metal came a little later, when the vicars son played me some AC/DC and some Aerosmith on a church retreat.
As for punk, well, that will have been through watching the late night show Raw Power (later known as Noisy Mothers). It was a rock show, but bands like Offspring and NOFX snuck on there.

3. What was your first gig?
Megadeth supported by Corrosion of Conformity. Youthanasia tour. RAWCK!

5. Were you in a band while at high school or college? If yes what was the name, and how bad did you suck?
Not sure how I wasn’t to be honest but there ya go.

6. What is the biggest influence that punk rock has had on you as you’ve developed as a person?
The knowledge that it is OK to be different and that there can be another way.

7. What has punk rock caused you to question most about the world we live in?
The way that those who follow the ethos of “there is another way” tend to be pretty narrow minded…

8. What was the most recent gig you went to? (any genre)
Bo Ningen, awesome Japanese experimental art psych-rock.

9. What was the last record you listened to? (any genre)
On vinyl? Josefin Ohrn and the Liberation, Horse Dance. Damn fine Swedish psych.
Digitally – that would be Hot Panda, Bad Pop. Oh the grungy guitars!

10. Do you geek? If so, how?
No…
Well, I read D&D and indie comics (Locke & Key!!!), play board games, paint miniatures and absorb anything Star Wars. I also have a lot of My Little Ponies including two inked on me. But not really… 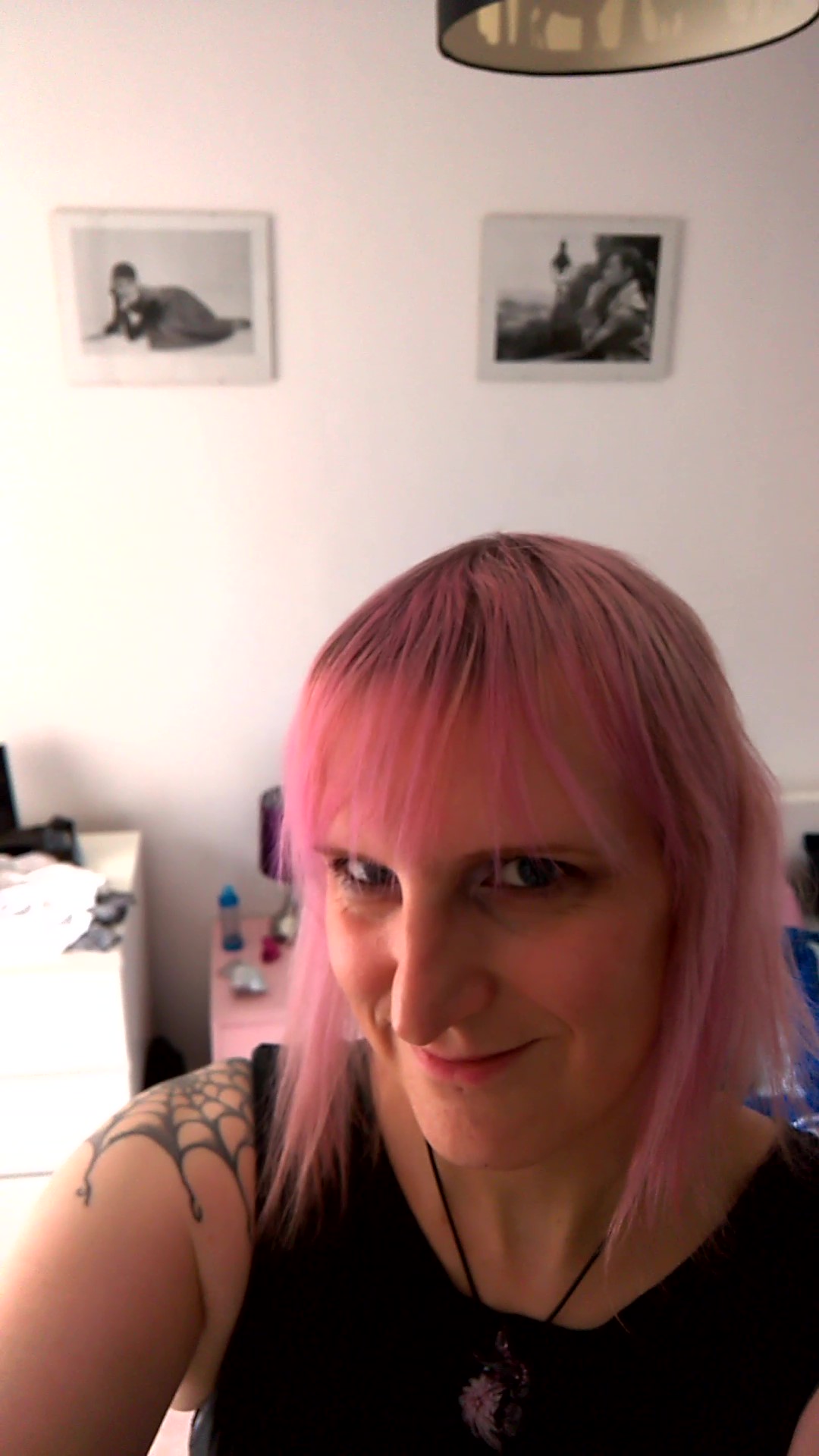 dEUS – The Ideal Crash
As much as I love the first two albums from these Belgian art-rockers, there is something beautiful about the song craft on this album. It manages to hit the right notes to just make me feel good. Still, Suds n Sodas, from their first album remains my favourite song without question. Funny, I was given a promo copy of this when it first came out by Tony of Nurgle, and I was so disappointed. After the first few albums, the deviation was hard to accept. I liked it – but it was not dEUS. Now look at it – my fav album of theirs. I guess I just needed to grow into it!

Baby Chaos – Love Your Self Abuse
A close number two, these songs hits me all over the place. Whilst The Ideal Crash makes me feel right, this album makes me feel all teenage and angsty. And puts me in a ‘smash things’ mood.

Carter USM – 101 Damnations
This album just makes me remember how awful the world is. The lyrics are as proper punk as any, and way more clever.

Faith No More – King For a Day, Fool For a Lifetime
Even though this is a poke at the music industry and music fans, their cheesy rock album, like Marylin Manson’s Mechanical Animals, it just works. Truth is, if you parody a genre but you happen to be good at it, the joke may just backfire. I know I shouldn’t like this album but I do.

Nirvana – Bleach
Ok, Nevermind was the breakthrough, and In Utero was one of the albums that changed the musical landscape for me. But Bleach is just raw. It rocks harder than any album has a right to. If I am walking alone at night and feel unsafe, I can bang this on and feel invincible.

Offspring – Smash
The album that makes me want to bounce around and shout as loud as I can. Narrowly beating Rancid’s …And Out Come the Wolves for first punk album I bought, this album reminds me how fun and angry music can be at the same time.

Radiohead – In Rainbows
Just beautiful, basically. After so many amazing albums, it is remarkable that Radiohead managed to keep being relevant and listenable. Not only did they do that, they put out their finest album with this seventh offering.

Deckard – Dreams of Dynamite and Divinity
Another album that makes everything feel OK. It has grit, it has a little shouting, it has a dose of self-deprecation. All this comes together to make the musical equivalent of my own personal ‘feel good, empowering meme’.

Nick Cave – Murder Ballads
What can I say. There is nothing quite as lovely as ballads about murdering people. This is one of those albums that makes me smile. I am not sure what that says about me, but Stagger Lee and O’Malley’s Bar are brutal, but amazingly put together songs. When you turn the ballad into a true, beautiful love song such as in Where the Wild Roses Grow, well, I think it is fair to say that there is nobody like Nick Cave!

Mono – Rays of Darkness
Ah. This band. Post rock at its best. I saw these guys at a festival and immediately hunted down everything I could lay my hands on. I even bought one album on CD just cause they were there to sign it, and I had all the vinyl they had with them. This album, the latest (if you read this before Oct 2016) consists of 15 min masterpieces tinged with a hard edge that drops them into Deafheaven territory, without making me prefer to listen to Deafheaven. Mixes the best of both worlds. That said, for a starting point you should listen to the song Ashes in the Snow from Songs to the Immortal Wind.