The thing that always attracted me to Apologies, I Have None was their brutal honesty. It is what it says on the tin, quite literally. They don’t water down the message, they give you the unapologetic truth, warts and all. This has never been more true than on sophomore album Pharmacie.

I’m aware that the band have gone through a few line-up changes in their time but they must be pretty careful about picking the new guy, because it has never diminished the quality of their output. Pharmacie feels like a record that has had the soul of every member poured into it – not just in terms of the lyrical content but the attention to detail afforded to each track.

There’s a real progressive feel to their sound this time out, which is definitely something they’ve visited before but not with this much consistently across an entire full length. Guitars and drums build and then remove layers around each other in drawn out patterns that feel very post-hardcore, but the vocals and structures of their sound are instant and engaging in a manner more akin to melodic UK punk bands of recent eras. 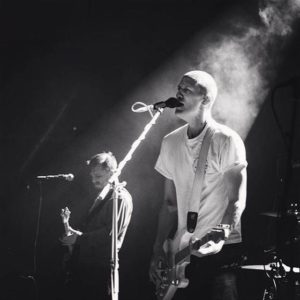 As opening track ‘Love and Medication’ builds steadily and patiently it has a genuine drama to it. It’s never too complicated, just carefully blended melodies that carry your emotions along and leave you helpless to do much but experience the ride. There are no pop hooks here, but lyrical refrains like “over and over and over again, I have the same conversations in my head” will have you singing out loud because they feel right and true, and rise from the sound so organically.

Make no mistake, these tracks are loaded with darkness. Vocalist and guitarist Josh McKenzie bares his soul in the deepest possible respect, and I feel like it must have taken some real guts for him to give what he has to these songs. Whether he achieves a sense of catharsis from his writing is for him to answer, but that is definitely what it provides me as the listener. The sound is melancholic, but it’s more serene than self-indulgent. It’s emo without Americanisation – raw and real. 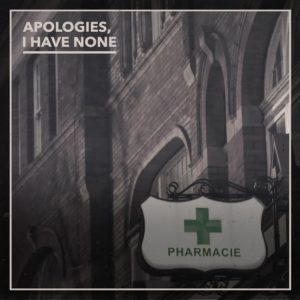 ‘The Clarity of Morning’ is one of a number of songs which discuss the daily struggle that mental health issues present, and specifically the reliance on medication which can come intertwined. The frank manner in which these subjects are approached is refreshing, but there were times listening to Pharmacie when I wished frustration and sadness would become anger, and they would let go and give it some.

Then comes ‘Everybody Wants to Talk About Mental Health’ which does exactly this, exploding and releasing long distilled rage. This is the crowning track of the album for me. It would cheapen the broad and expansive nature of Pharmacie to expect the band to provide more rocking out moments for the sake of it. But one of the few small criticisms I would make is that perhaps Pharmacie is weighed a little too heavily in favour of introspective shoe-gazing. But that’s what it is, and it has every right to be that way. 8/10