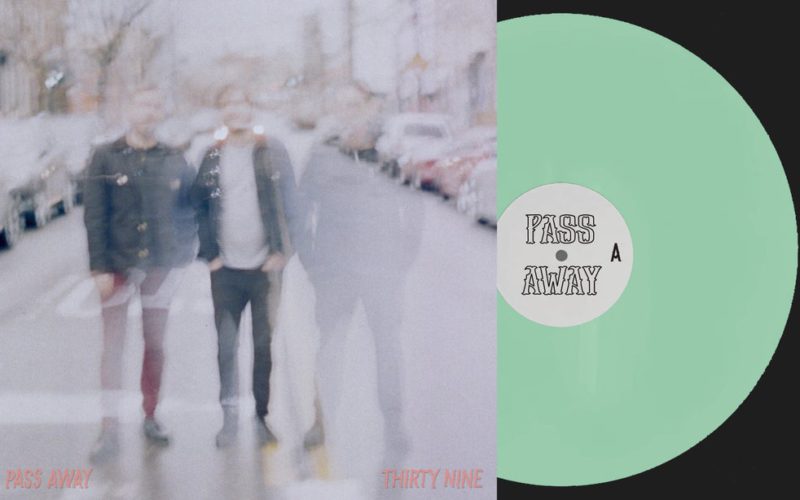 After a few reviews of stuff I already knew I’d like, Tony has sent me something I’ve never heard of to spice things up (just think of me as the curry chef you never knew you needed in your life or something – Tony).

Pass Away are made up of members of I Am The Avalanche and Crime In Stereo. I’ve not heard of them either, so no frame of reference (if memory serves, the former was a Movielife side project and the other one of those late 2000’s overly polished melodic hardcore acts – Tony).

Track one is an acoustic thing, which is generally not my thing, but it’s OK. At this point I think it may be an entirely acoustic record, which would have been a struggle for me. The second track, however, kicks in and sounds like The Pixies; then it gets faster, I’m sure there’s better comparisons, but I’m getting Alkaline Trio meets The Menzingers sort of vibes.

Then there’s one called Bartenders Lament. I was ready to hate it, but I really liked the line “I kicked out the singer from Brian Jones Town Massacre”, and it reminded me of occasions I’ve seen people in bands act like petulant babies. It was rare anyone would ever actually pull them up on it; this line may or may not be about an actual incident, but I like it nevertheless.

As we go on it’s all a bit of a downer. I know we should all be accepting of people’s personal issues, but at the same time it’s three white dudes who can still afford to live in Brooklyn, so I’m guessing things could probably be worse. (Total generalisation on my part, so I’m happy to be corrected). It’s just a bit sulky, like “emo country” or something? I dunno, I’m not buying it.

Musically it’s decent enough – minor chord poppy stuff, well played etc., but fuck me the whole thing is like a 6th form love letter. Lost love, bad decisions, oh no I’m all drunk and sensitive, I’m trying my best, blah blah fucking blah. Sounds like he’d be better off jibbing in the band, moving out of the city and getting a nine to five job, which ironically enough is the storyline of a script I’m
submitting to Hallmark!

One of the last lines of the song says “you’re making fun of my mental health”, which made me stop for a second and think maybe I’d been
a bit harsh, then immediately there’s a line about watching a girl through her window, so that didn’t last too long. Settle down, Roy
Orbison!

If this whole thing floats your boat, you can pre-order the LP on “sea glass” coloured vinyl from Suburbia Records