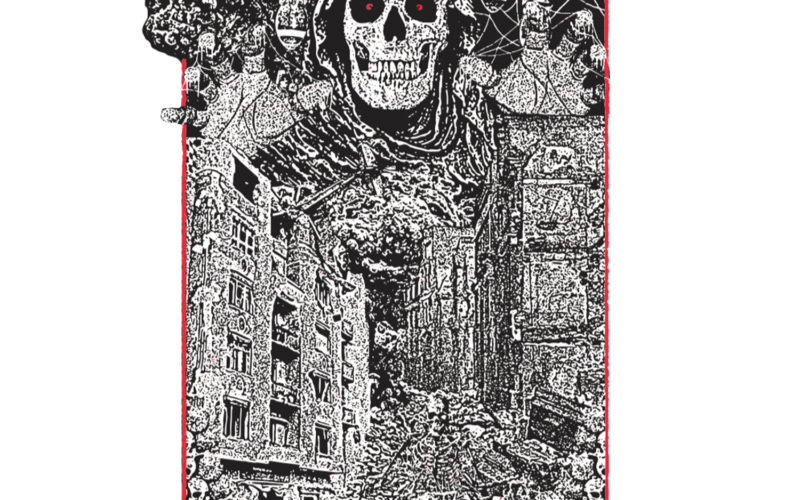 The Raging Nathans are seemingly a machine that refuses to stop. Less than a year since their last barn-burner, Oppositional Defiance, these guys have kept hard at it, without letting minor inconveniences like lockdowns, global pandemics and any of that guff get in their way. Rumour has it that they almost have the follow up to this release, Waste My Heart in the bag too… Not to mention material for a bunch of splits and singles and the like ready to be unleashed.

Whilst I can’t claim to have jumped onboard the Raging Nathans express train until second LP Cheap Fame dropped in 2018, these guys haven’t seemingly put a foot wrong in my opinion. So I suppose we’ll see how Waste My Heart holds up…

I’ve mentioned on many occasions that although the ‘Nathans don’t tend to diverge very far from a sound rooted in the worship of 90’s punk rock ala favourites from the Look Out! and Fat Wreck Chords stables, release after release they always change stuff up enough to keep things interesting. Dare I say it? Yep, this feels like a more mature album. Don’t worry – this isn’t like when the Bouncing Souls tried to write a mainstream rock album and curled out a turd like Ghosts on the Boardwalk though.

I think the closest description I can find here is possibly going to piss some people off. I’m well aware that I still like stuff such as Bad Religion, that many people don’t think is cool anymore, and I offer no apologies for this. I suppose whilst this might not quite punch at the same level intellectually speaking, there’s something going on here that keeps drawing me towards that classic Epitaph period of Bad Religion in the late 1980s (after the dodgy prog second album, but before signing to Atlantic). I can’t quite put my finger on it, but it is, in my mind at least, there nevertheless.

I’ve also on previous occassions thrown about comparisons to RKL (whose seminal classic Riches to Rags is being reissued this summer). I believe that this still holds true. However, the caveat here is that this is the more I suppose “mass appeal” lens that Lagwagon began to bring to the RKL sound with Trashed and Hoss, and that they more recently revisited with Hang (2014) and Railer (2019). Unsuprising I suppose given everyone currently in Lagwagon has at some point been in RKL, even if Joey Cape’s stint was very brief indeed and ended due to being grounded and not being able to make practise. Yep, I still have an enduring love for Lagwagon, which I am reliably informed is also deeply uncool unless you live in Germany. Fuck the nay-sayers, yo. I for one am most certainly glad that the Raging Nathans have pushed into this territory.

However, it’s not all skateboarding and eating sausage butties, mate. There are, I think a couple of songs in the first half of the album that seem a bit off-pace in the wider context of Waste My Heart as an album. The record certainly gets off to a fairly savage start with the vigorous pummelling you take from the title track and Freedom. Those two songs certainly set out the bands’ stall really fucking well. It’s I think the third and fourth songs (I could Never Fall in Love With You and Wide Awake that have left me feeling somewhat perplexed. The vibe here feels quite noticeably different; I hesitate to say it, but I have this unshakeable sense of some of those irritatingly simpering songs that Blink 182 did after they got massive. You know the ones that were popular with sullen teenagers with floppy black fringes, right? What can I say – those songs aren’t for me, and I can live with that.

Thankfully, things very obviously get back on track from Out of Touch onwards. The latter segment of the album in fact features some of the best material the band has produced to date in the form of Cemetery Drive, New Direction and Overworked for example. Overall, I’d say that this album ticks all the right boxes for me. In fact, if it wasn’t for the anomalies I mentioned, this would have gotten a perfect score. Certainly, as the rest of the record is so damn great, this still warrants a solid Tony of Nurgle rating of 9/10

You can pre-order this in the UK from Brassneck Records on solid silver or splatter vinyl. In the US, go hit Rad Girlfriend Records on “mystery” colour or classic black vinyl.

Check a few songs below: