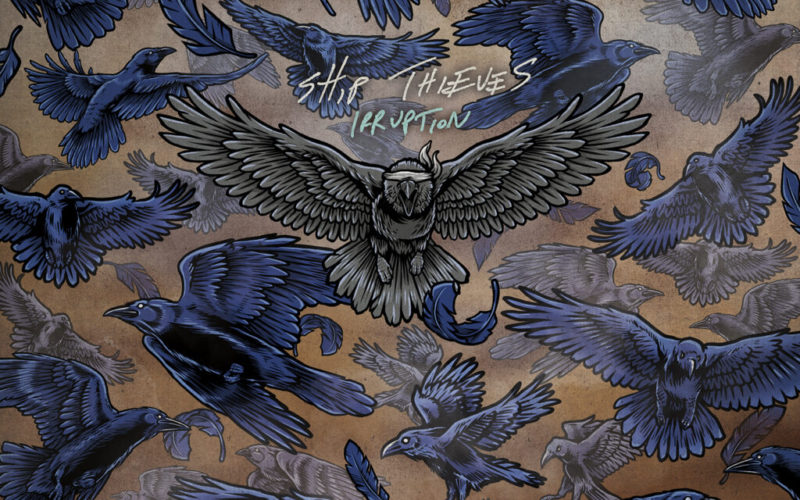 Pretty recently I was quite blown away by Ship Thieves’ split 7in single with Reconciler. I believe at that point in time I said I had some back-listening to do after having been fairly ambivalent to their debut LP back when that came out (that one was under the name Chris Wollard & The Ship Thieves if anyone is interested). Suffice to say that life doesn’t often run to plan, especially if you are me and are trying to survive a pandemic with a three year old kid, so no back-listening took place.

Anyways, not to worry. I’ve now got this to keep me entertained. Believe me, it’s tons more fun than trying to entertain a self-isolating toddler for ten days. Alright, to give a bit of potted history, this is Chris Wollard of Hot Water Music fame’s long-term “other” band. If like me, you were one of those people that bemoaned the short-lived career of The Draft who formed from the ashes of Hot Water Music when they went on hiatus in the 2000’s, then you are really gonna dig on this.

Because I’ve not done any of the aforementioned back-listening, I’m gonna pretend the rest of the Ship Thieves’ back catalogue doesn’t exist (this is I believe their 4th full length?. There’s literally no point me talking about shit i’ve not heard yet. There’s a lot of grit and melody being served up here, and if you have ever spent time appreciating the works of Billy Reese Peters, Grabass Charlestons, or indeed certain sections of the output Mike Hale (such as Gunmoll and In The Red), it’s fair to say this is without a doubt gonna put a big smile on your miserable grid.

I feel like saying (similar I suppose to what I said when The Draft dropped In A Million Pieces about four squillion years ago, that this should have been a Hot Water Music album as it was well better than owt Hot Water Music had done for years) that as Disney are retconning the recent Star Wars sequel trilogy, is there now room for Hot Water Music to retcon their output from Caution up to and including Exister and just replacing them with Irruption and In A Million Pieces and we’ll just get to pretend that nowt happened? Tony of Nurgle rating: 9/10

This was released on 12th March 2021 on Chunksaah Records, and the vinyl version seemingly has sold out on pre-order.

Find out more on the Ship Thieves Facebook page