There are 32 songs on this double LP, which I assume were all written by Fid. Thematically, the songs seem to touch on the old favourites such as the state of the world and societal injustices, all of which are based in colonialism or post-colonial systematic oppression. Obviously there’s numbers questioning the reason for our presence in the universe and a whole bunch of existential big questions too. Realistically, though, it’s probably all a bit too clever for a mere worm such as myself, busying myself as I am with feeding off the cadaver of my own misery. 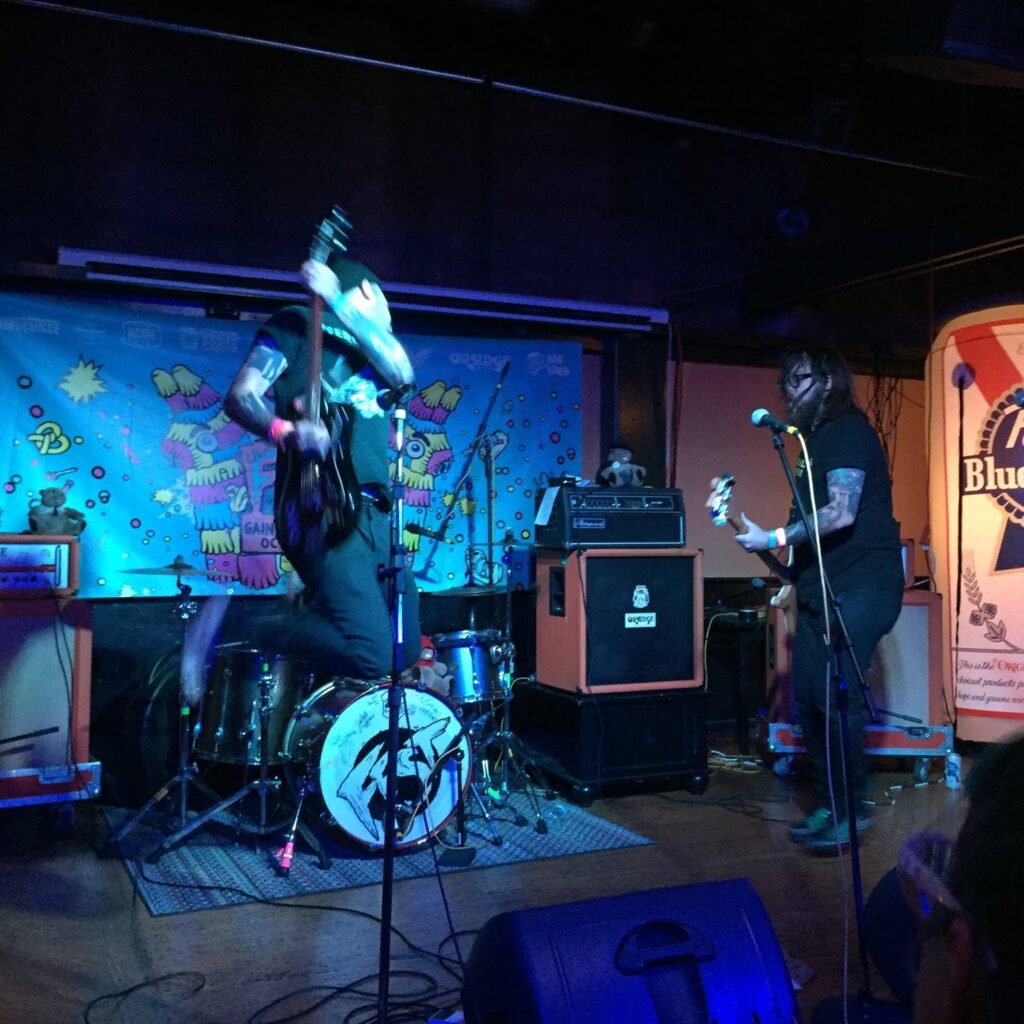 The blurb describes the music as being “short bursts of chaotic energy, classic song structures and outstanding musicianship”. None of which I can fault on the face of it. There’s plenty of stuff about this that I like, in terms of melodies and guitar parts and vocal harmonies and the like… However, I feel like this package is somewhat skewing in favour of quantity over quality.

Without wanting to sound offensive to the effort that has doubtless been put in here, I feel like a bunch of this probably ought to have been cut, and a single LP released instead. Sure, there are good songs amongst these 32, but to me it all seems to have become lost in an ocean of my own indifference; a state in which I find myself swamped, listening to this. Sorry, but I’m a bit bored. Tony of Nurgle rating 4/10

Obviously, take a listen for yourself below, though, and you might find something in it beyond a slightly duff mix of Squirtgun and Crimpshrine.

This double LP is sold out, but you can get a digital download from bandcamp