Long story short, Blunt Razors is something of a side project of Gared O’Donnell and Neil Keener, better known of course for their work in Planes Mistaken for Stars. This release came about as the songs collected here did not “feel” especially fitting for a Planes Mistaken for Stars release. Whilst parrallels can obviously be drawn to that other body of work, this was clearly disimilar enough to warrant a degree of separation. These songs were apparently written and recorded while the pair were in lockdown together. Seemingly at long last Covid 19 has produced something decent!

Some readers may also be familiar with Gared’s solo(ish) and (kind of) acoustic outing as Hawks and Doves for No Idea Records. If you aren’t, that’s well worth checking out, mate. Blunt Razors is again, not beyond sonic parrallels to Hawks and Doves, but neither does it occupy the void between that and the iconic seething beligerence, bitterness and semi-passive malevolence of the classic Planes Mistaken for Stars sound. 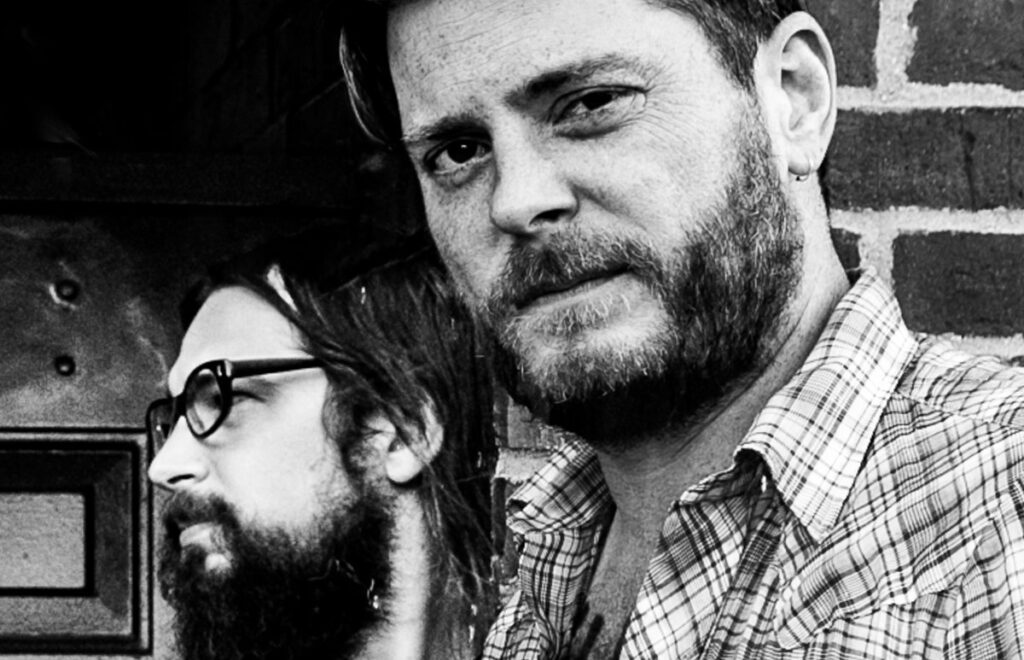 Much in keeping with the previous body of work, the feeling here is most certainly dark. The sound is best described as passively funereal, perhaps broodingly ethereal, without coming across as overly sparse. More the delicate melodies carry through along with the trademark coarse vocals in a manner that something akin to a gentle, quiet thunderstorm. There are similarities here to that shoegaze / dream pop thing that seems to be a la mode these days for people that quit on hardcore punk; this however seems to me to be a beast of it’s own stripe. One that doesn’t feel the need to pay token lip service to the work of Kevin Shields, and is perhaps more akin to Bob Mould’s kind of thing. There’s no veering off into silly synthy darkwave territory either.

Call it what you what you want. A “quiet sunday evening in” version of Planes Mistaken for Stars, perhaps? There’s shades of Velvet Underground here that could no doubt steer this in the direction of being the soundtrack to lapsing into a bleak heroin coma (well, in my imagination at least, having had no actual experience of either heroin or comas). It’s possessed of a quiet elegance and economy of sound that I find gets beneath my skin and coils and writhes there like oil on water. Tony of Nurgle rating: 9.5/10.

This opus is at the current time digital download only, which is available from the Deathwish Inc. store. Hopefully this may receive a physical vinyl release in due course. I would also like to take the opportunity to send the best wishes to Gared and his family as he continues his cancer treatment. You got this, my guy.