The more astute of you lot out there may remember me reviewing the last joint (Wild & Mean EP) from these guys last year or the year before. It’s a pretty good bunch of jams. Look it up here. Anyways, these guys describe themselves as a “glam / power-pop” band, and they asses come from Albany, New York.

Lead cut Heartbreaker opens like some hot tribute to Dancing With Myself by Billy Idol, only as interpreted by The Dwarves around the time of Everybody’s Girl, with a lead solo that could’ve been lifted straight from The Professionals’ Didn’t See It Coming. I mean, read that sentence again. What’s not to like? 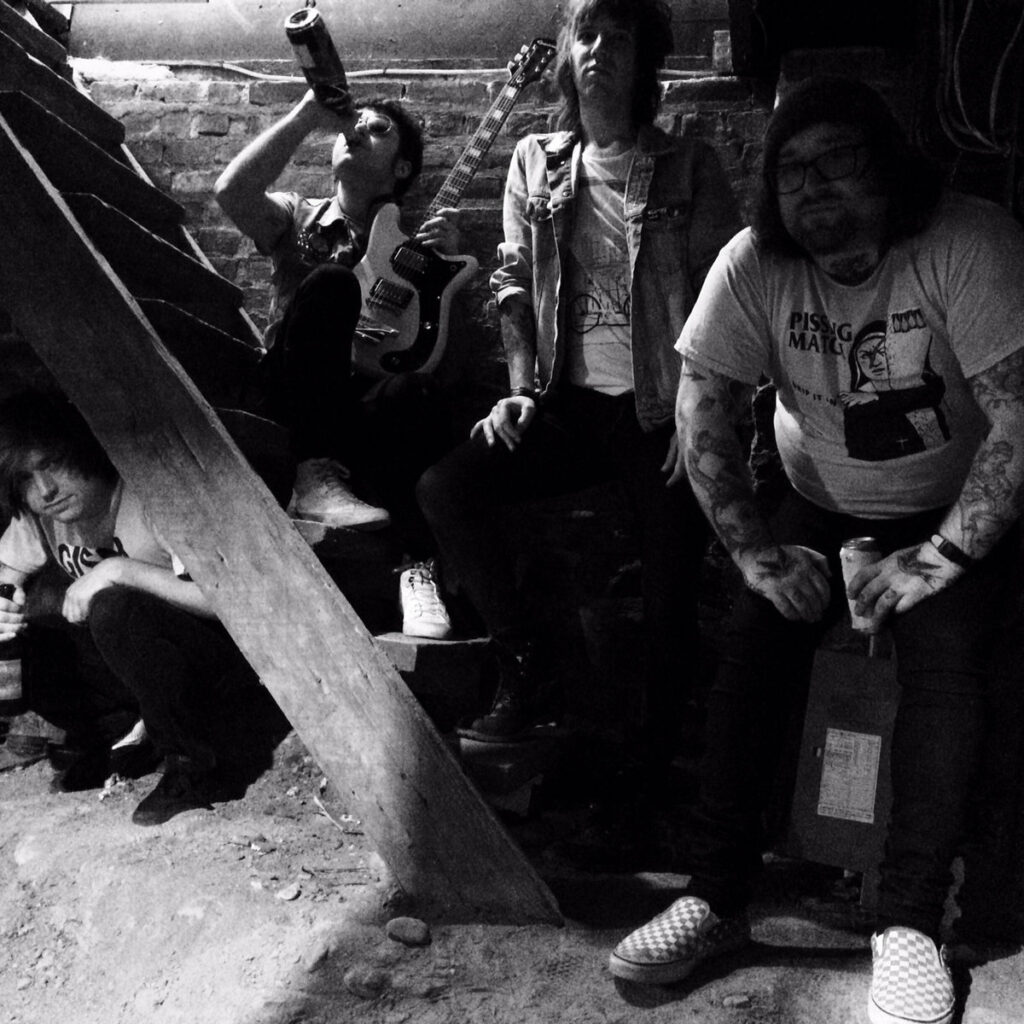 On the flip you get Salted Slug, which features the best line in a song possibly ever with the the refrain “I’ll be your salted slug tonight”. Evocative yet hilarious. Asides from inciting acts of extreme violence on invertebrates, this cut should be recommended on the basis of sounding like some sort of hot jam between Iggy Pop, Johnny Thunders and the rhythm section of The Hives.

You can order the 7in from the Mystery Girl bandcamp page 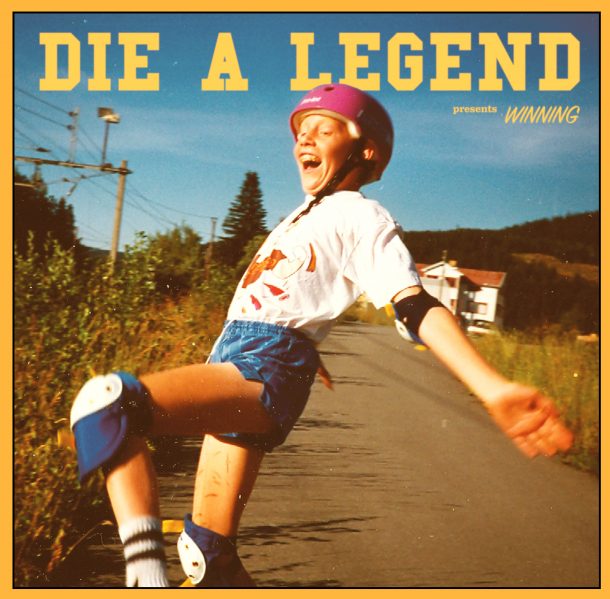 Die A Legend hail from Tromsø in Norway, and this is seemingly their first release in 6 years, following on from two well received LPs, and a clutch of high profile slots alongside the likes of Converge. The promotional blurb recommends these guys for fans of Vein, Converge and Code Orange. 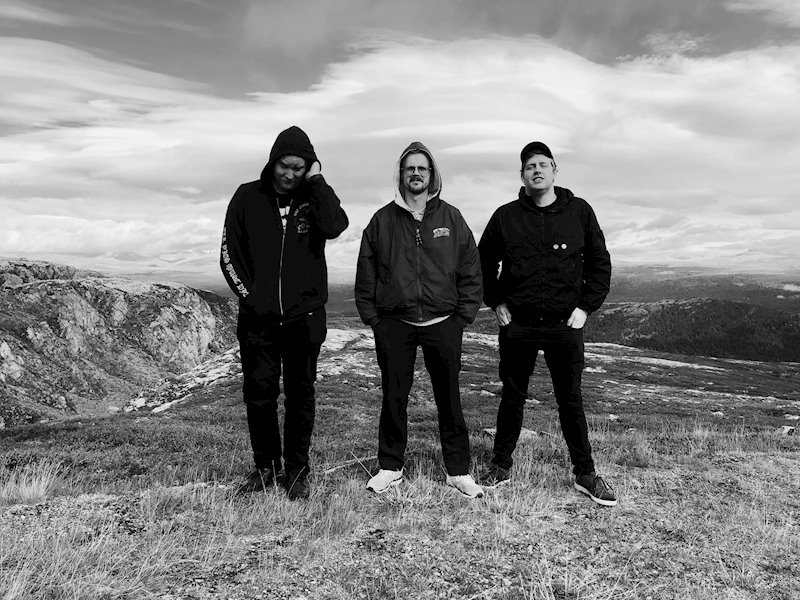 Whilst I’m not a massive fan of your metallic hardcore bands per se, this oddly strikes me as quite accessible, whilst remaining fairly uncompromising, and still causing the listener to be somewhat discomfited… This kind of puts me in mind of some unholy hybrid of early Integrity, Songs to Fan the Flames of Discontent era Refused (i.e. their only good record if you ask me), Snapcase, Sex Positions and Trap Them; all lightened up by a slight youth crew influence ala Youth of Today. But yeah, as I say, I’m exactly the most knowledgeable motherfucker by any stretch when it comes to this kind of thing. Probably more therapeutic than defenstrating thy sworn enemy. Tony of Nurgle rating 8/10

Find out more on the Die A Legend Facebook page 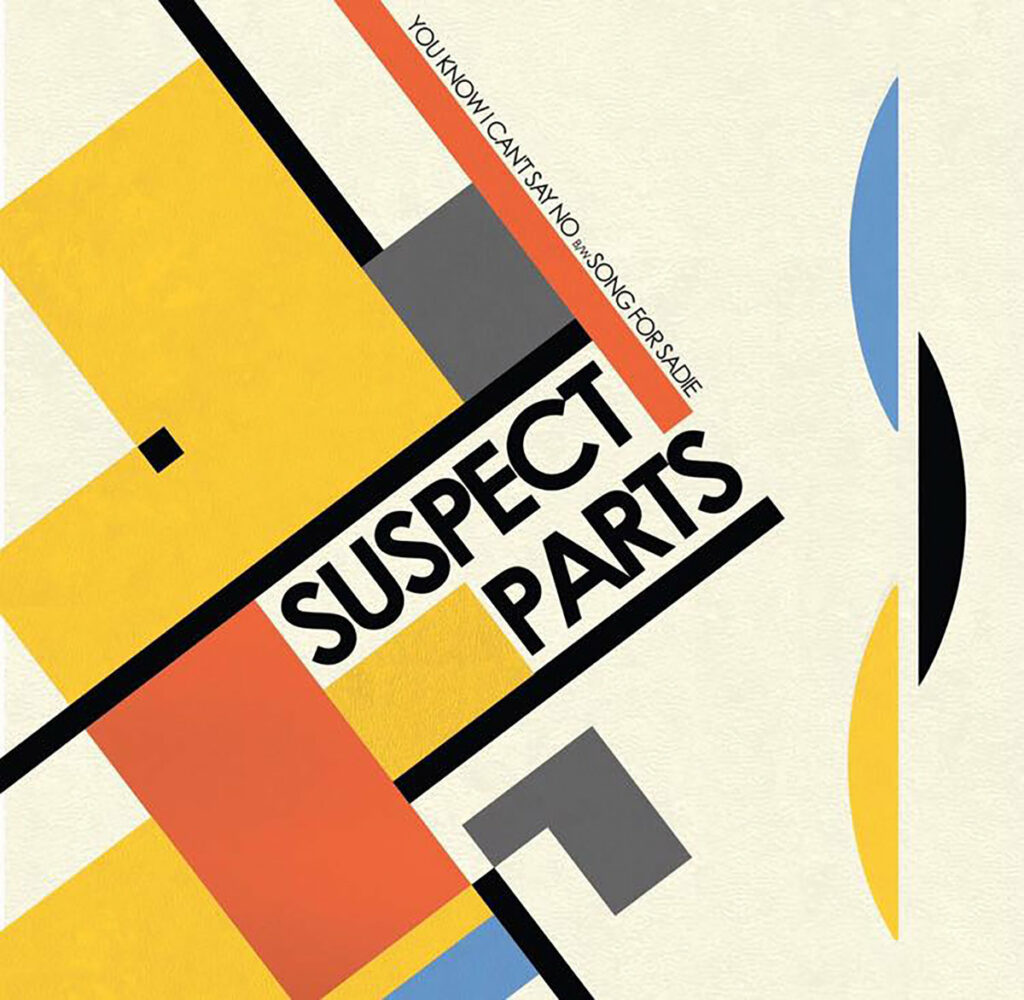 Super-group on an international footing alert! Suspect Parts are an Apocalypse Pop super group with ex and current members of The Briefs, Clorox Girls, More Kicks, Radio Dead Ones, Maniac and Red Dons. Some list, that, innit? Well, apparently they combine elements of “late 70’s California beach punk and power pop with 60’s garage and bubblegum”. Fair cop, like.

On the first two tracks, You Know I Can’t Say No and Song for Sadie, this seems to have that bitter-sweet schtick down tight. This is incredibly wistful and heartbroken feeling, but has a most warming and welcome uplifting feel to it that stands as a stark counterpoint to lyrics that veer between being downbeat and seemingly attempting to convince themselves that they aren’t downbeat. I feel kind of daft writing that and reading it back, but nothing else seems to quite capture the mood quite right. Kinda feels somewhere between The Queers in Beach Boys mode and The Kinks or something.

Having said this, the third track is in German and sort of reminds me of a fairly terrible band from Germany called Die Toten Hosen (the dead trousers, in English, that) which I saw in like 1995 supporting Terrorvision (I think it was at Leeds Town & Country Club). Dunno if it’s a cover or what. Maybe not, one of these guys is German. I didn’t like it, though. Overall, it’s a Tony of Nurgle rating of 7/10 for this one.

You can get this on 7in from Dirt Cult Records 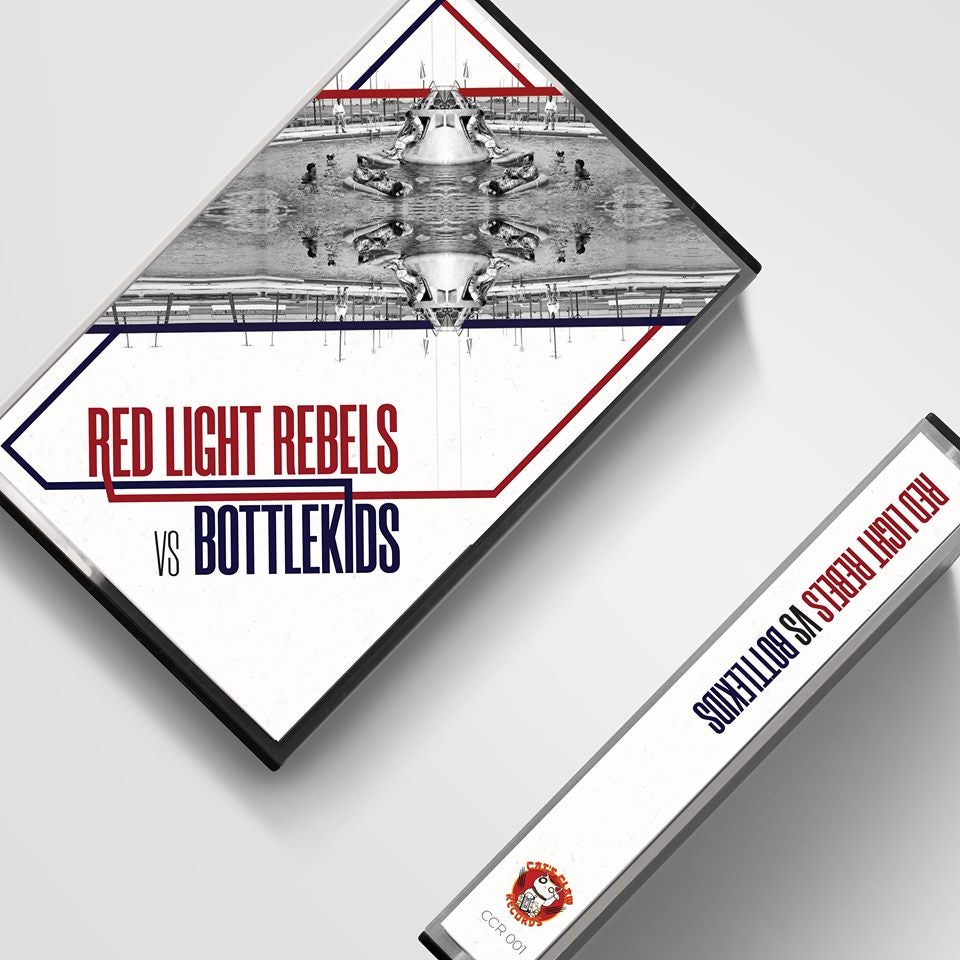 Well then. A surprise, this ‘un, dropped on me out of the blue. This is seemingly released on a new UK label that has started up this year. This split cassette is as far as I can ascertain the first release on the label. I’ll be honest, dunno which band takes which side of the tape. The MP3s are seemingly credited to both bands and the label itself. I’m stumped, here mate. Thankfully, both sides seem to be pretty decent, so there is no possibility of me accidentally dissing either of them by calling the wrong one shit or something.

Red Light Rebels are from Cheltenham and quite simply describe themselves as “punk rock n’ roll” on their Facebook page. Descriptive, guys. They’ve seemingly released three other things before this, that if I had an ounce of time to spare I might check out. One day, perhaps. 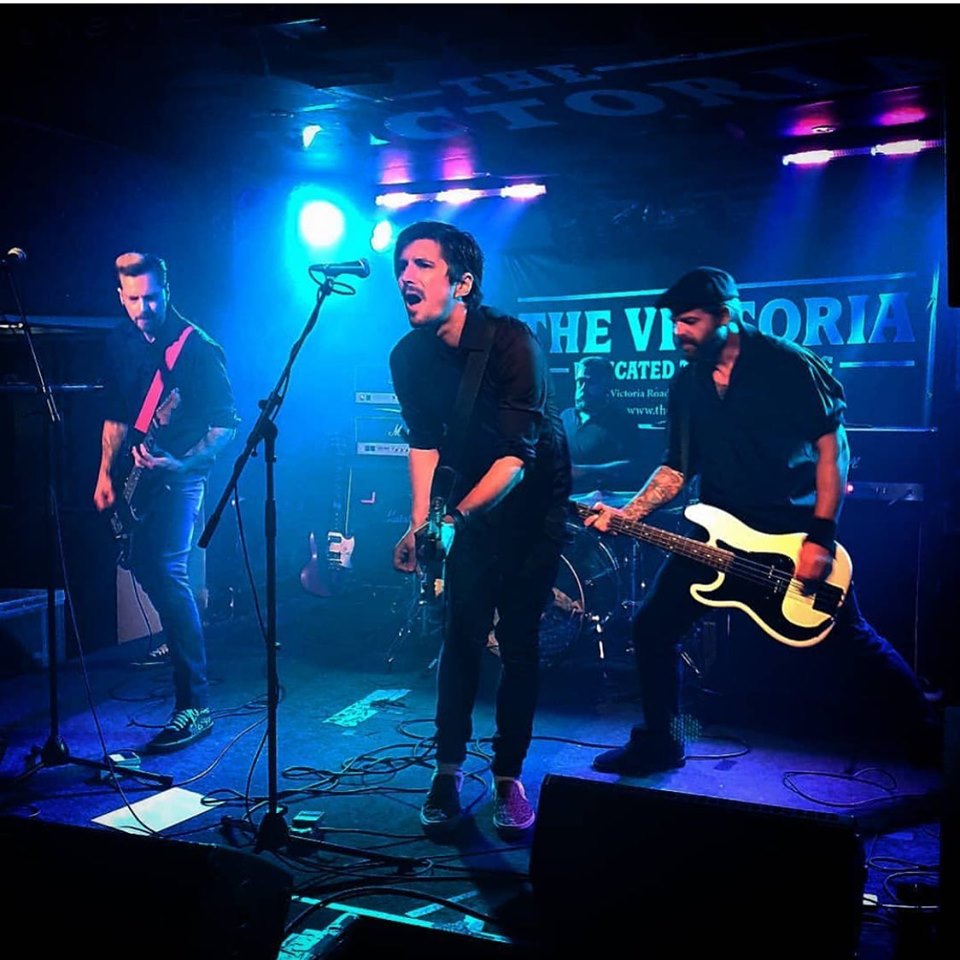 Bottlekids are from Chepstow, and no word of a lie, they describe themselves as, and I quote: “A BAND FROM CHEPSTOW” on their Facebook page. A sentence that I’ll never get bored of reading, I’m sure. Anyway, this lot have previously released a 12in EP. 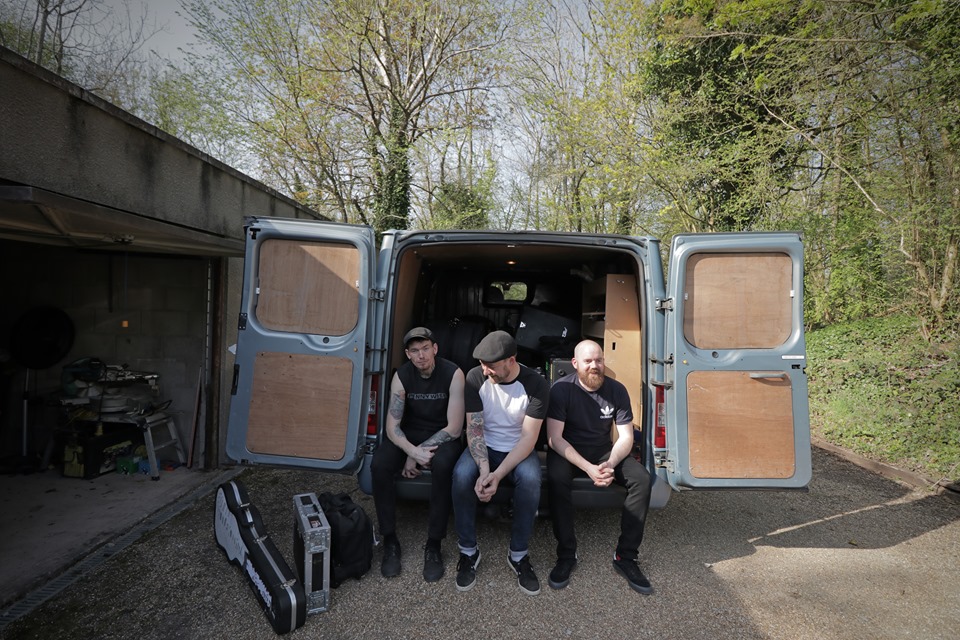 Fucking hell. This review is proving to be something of a chore to write based primarily on the lack of available information. And yet, hero that I am, I shall blunder boldly onward through this fact-barren landscape.

First side kind of reminds me of something between Screeching Weasel’s Bark Like A Dog and Blink 182’s Dude Ranch. Two records, which whilst obviously were a product of that certain specific period of time (mid-late 90s) still to me stand out as decent records. Thankfully, as far as I can ascertain of either band involved in this release there is no evidence (at least to my knowledge) of anyone starting scraps with lasses, who then proceed to fill them in as the rest of the band quit on stage or sexist and/or silly lyrics. It’s fine trad pop punk goes skate punk, this, and also reminds me a good deal of Aerial Salad’s take on the classic Green Day sound. It’s cool.

On the flip (remembering – in case you somehow forgot in the last 30 seconds – I have no fucking clue who is responsible for which side), we’ve got a bit of a different deal going on. This side sounds like when Dead To Me did that heavily Clash influenced album (African Elephants) meets The Dopamines. It’s pretty cool, and I like it. What can I tell you?

It’s out at the start of November-ish this. And I’d give it a Tony of Nurgle rating of 8/10