UK skate punk act, Dead Neck, have teamed up to release a split called Defections with Italy’s Actionmen. Both bands are new to me, so let’s check it out.

First up we have the Actionmen songs. What can I say? This is bad. Really bad. Not in a Michael Jackson “who’s bad?” kind of way, although clearly Michael Jackson was bad in the traditional sense, molesting all them nippers in his private theme park and that…

Anyway, this is fucking shocking, mate. There’s something indefinably irritating about the vocals that puts me in mind of Jack Grisham from TSOL on highspeed dubbing. The guitar lines are so fucking fiddly and non-linear feeling that they all end up sounding the same. Being able to play fast and tight doesn’t mean you know how to write good songs, as this collection of dog shit clearly demonstrates. In fact the only redeeming thing about this is the drumming. Asides from that? No. Best cut? Fucking none of them, mate. 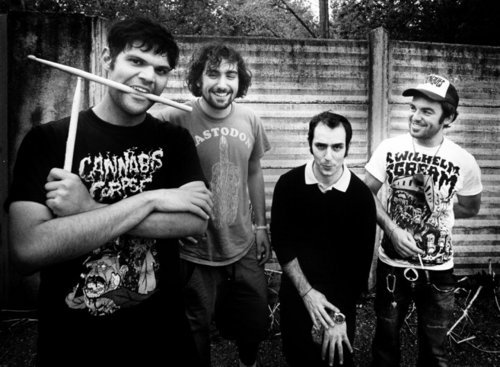 The Dead Neck half is leaps and bounds better, thank fucking Christ. It’s not setting my world on fire though, well not all of it anyhow. This has that feel of 90s Epi-Fat by numbers bulked out with trad hardcore breakdowns. Beyond this there is a half-nod to those irritating stop-start techy bands that do nowt but bore the shit out of me (i.e. A Wilhelm Scream, Belvedere et al). Thankfully this doesn’t fully veer off in to this kind of territory, having perhaps more in common with Propagandhi’s latter career progressive thrash direction meets the first Rise Against record (which since you were asking is the only good one they did). Best cut? Clatter. 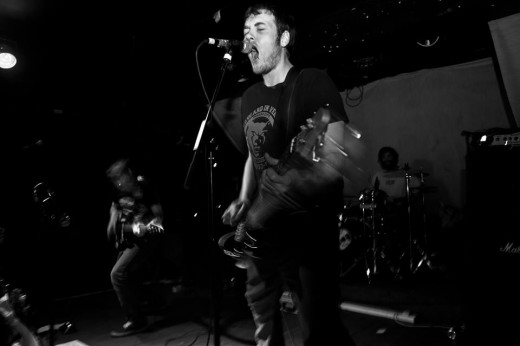 Overall, I feel so inexplicably annoyed by the Actionmen side of this, that I can’t actually write a conclusion to this review. If for some reason you are able to laterally bisect this LP along on the eliptical plane (probably science I just made up) and bin the Actionmen side then do that.